How wrong are non-fungible token (NFT) trade volumes on Ethereum? 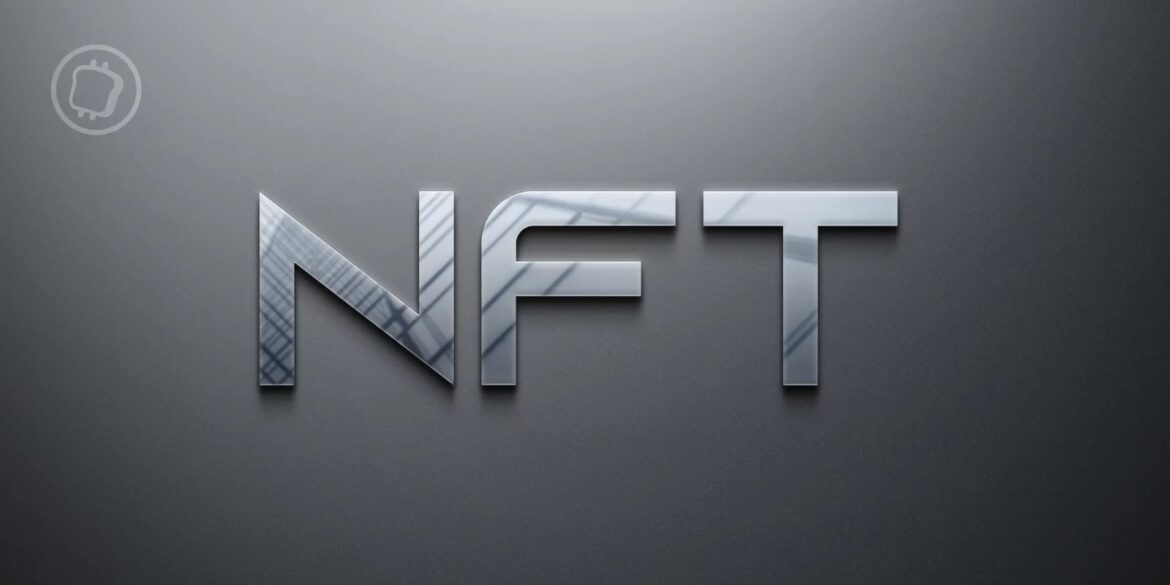 While non-fungible token (NFT) trading volumes have increased dramatically in the first three months of 2022, it turns out that this data is skewed by a phenomenon dubbed “Wash trading.” Let’s take stock to sort out the real from the fake.

Let’s take a look to sort out the real from the fake.

The year 2022 is wrong by the numbers

Could the Ethereum blockchain’s (ETH) non-fungible token (NFT) volumes be misleading? According to Dune, a data analysis site, 58% of NFT trading in 2022 would be fake transactions from wash trading.

Wash trading is a technique for corrupting trading volumes by artificially inflating the number of trades in a specific asset class.

While such market manipulation is illegal in many countries, it remains very present in the NFT universe: the wash trading rate reached 80% in January 2022: 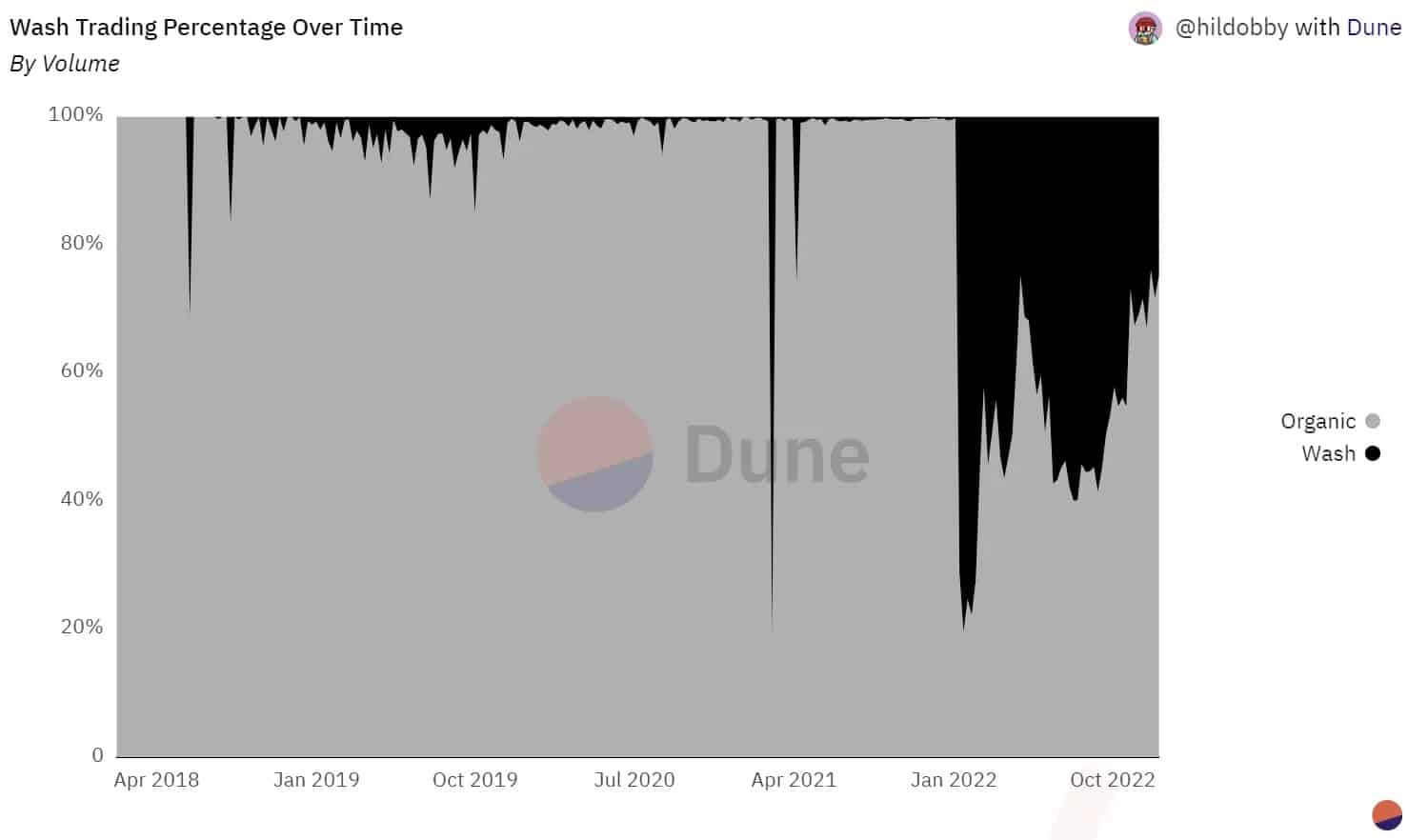 While artificial trading volumes were only a minority of trades until the end of 2021, we see an explosion of these fake trades throughout 2022.

The reasons for wash trading

With the explosion in popularity of non-fungible tokens, the NFT collections industry has become increasingly competitive. To separate the wheat from the chaff, trading volumes serve as an indicator of the health and popularity of a collection.

As a result, the various NFT projects and marketplaces try to increase their trading volumes through various mechanisms to gain market share. The most commonly used method is the incentive of token distribution.

For example, the NFT marketplace LooksRare uses its cryptocurrency (LOOKS) to incentivise investors to use its platform. In addition, it rewards its users with LOOKS tokens for buying and selling on its marketplace.

However, wash trading occurs when a user moves one of his NFTs between two wallets that he controls himself. By spending as much ETH (the cryptocurrency of the Ethereum network) as possible on his fake transaction, the user secures a large reward in LOOKS tokens while keeping his NFT. Thus, the trading volumes of the platform are altered by fake transactions.

Cases of wash trading also occur when certain projects want to gain prominence in the overall ranking of NFT collections. By artificially creating high trading volumes, they attract the curiosity of some investors who, fearing to miss an opportunity, will buy these NFTs at a price far from their real value, all to the benefit of the project that has manipulated its figures.

In this way, hundreds of millions of dollars are artificially channelled into the NFT sector. And despite the reduction in wash trading during 2022, this phenomenon still accounts for 25% of the trades made in December 2022: 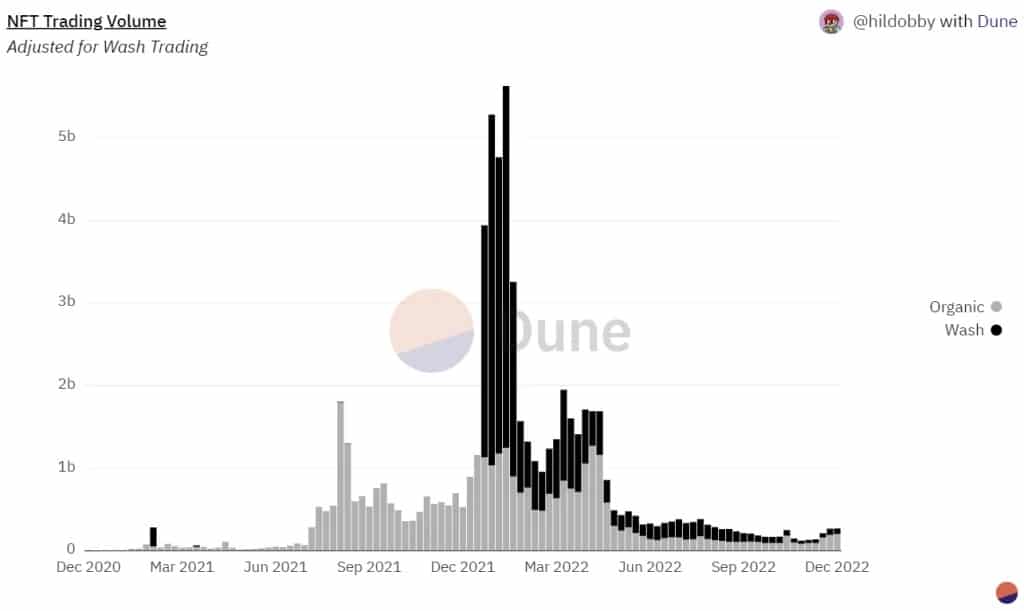 On the chart above, we see that the highest weekly volume rate was around $5 billion in January 2022. However, by subtracting the artificial trading volumes from the calculation, August 2021 becomes the month with the most activity, with around $1.8 billion in weekly volume.

Are any marketplaces spared?

Since wash trading is primarily driven by the financial reward provided by some platforms, those operating without tokens are spared this phenomenon.

While LooksRare and X2Y2 marketplaces distribute tokens to their users, their wash trading rates are 98% and 86% respectively of their total volumes.

In contrast, the largest NFT marketplace, OpenSea, does not distribute rewards to its users: its wash trading rate is around 2.5% of its volumes.

To obtain these figures, the Dune report uses four factors to differentiate between organic and artificially inflated volumes. According to the report, a transaction is considered as wash trading if:

Currently, the best method to limit wash trading seems to be the removal of trade rewards on platforms like LooksRare and X2Y2. But in the future, we can hope for a legislative framework to limit this phenomenon.