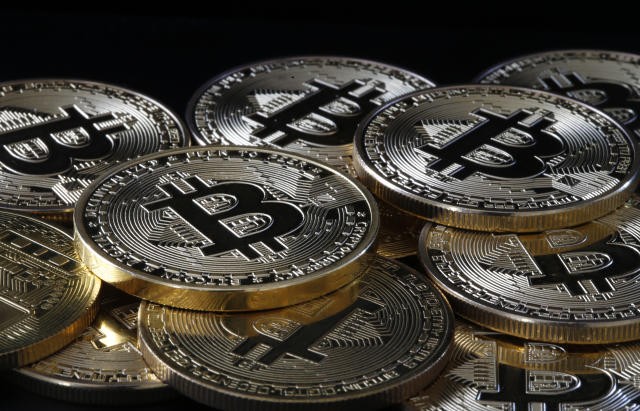 The Financial Action Task Force (FATF) puts Turkey on the grey list. With this, the internationally most important body against money laundering is harming the country at exactly the wrong time. The reasons are extremely exciting – and show why Bitcoin has just become so necessary in Turkey.

International organisations are not doctors. They do not know the principle of not harming when they help. Instead, they are guided only by their own standards: These decide when it is time to intervene, determine how an intervention should be designed, and judge whether it was successful.

From this point of view, the FATF was not to blame when the Turkish lira’s exchange rate temporarily plunged by more than 5 percent in a few days – after the supranational body against money laundering put the country on its grey list on 21 October. In the news about the inflation of the lira, one hardly reads anything about this decision of the FATF, but a lot, as always, about President Erdogan and his errant monetary policy. 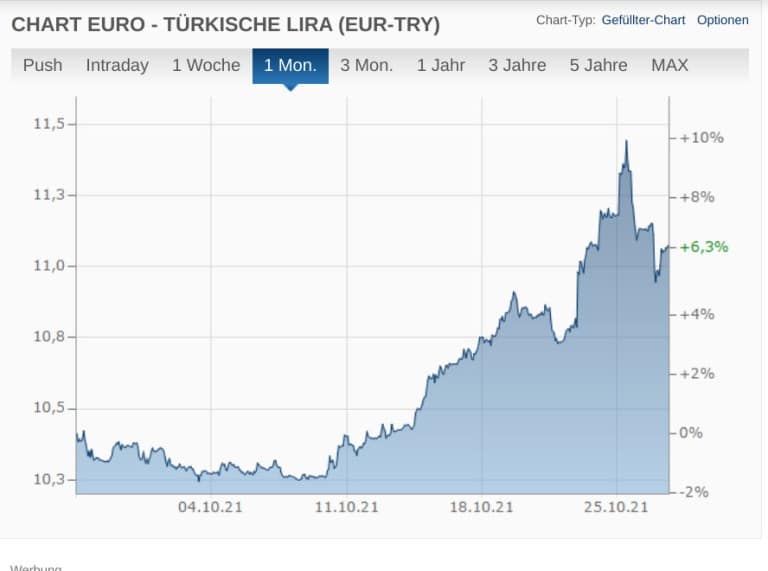 However, getting a place on the FATF’s grey list is anything but a banality. The supranational institution will monitor the country more closely in the future, and Turkey must quickly present an implementation plan on how it plans to remedy the deficiencies in the measures against money laundering and terror financing. Even more damaging, however, is the fact that companies that trade with Turkish business partners are now subject to more thorough due diligence.

As recently as May this year, the International Monetary Fund (IMF) confirmed through a study that a listing on the FATF’s grey list has “a large and significant negative effect” on a listed country’s capital inflows: Incoming capital flows – both foreign investment and bank remittances – fell by a total of 7.6 per cent of gross national product.

This listing, writes even the blog mafianeindanke.de, which usually sides with the FATF, “comes at a time when foreign investment in Turkey has already reached its lowest level since President Erdogan came to power almost 20 years ago.” Already, “political instability, high inflation and political interference in monetary policy and the rule of law” are deterring foreign financiers from investing in Turkey. For example, the share of bonds held abroad has fallen from 25 to 5 per cent over the past five years. The place on the grey list threatens to “deal another blow to the Turkish lira.”

The damage is hard to miss – and for a country that sits on the edge of the Middle East powder keg. What is the FATF’s justification for such a harsh intervention with potentially immense geopolitical consequences?

On the one hand, mafianeindanke.de explains, Turkey’s significant shortcomings in the fight against money laundering have made this move “overdue”.

Already in 2019, the FATF had certified Turkey as having insufficient standards against money laundering and terror financing after an audit and called on the country to implement the “recommendations”. At its autumn plenary this year, the body arguably found that Turkey had not sufficiently followed suit. FATF President Marcus Pleyer says Turkey needs to address “serious oversight issues” in banking, real estate, gold and precious stones trading. It “must show that it is effectively detecting complex money laundering cases and resolutely taking up the prosecution of terrorist financing … it must prioritise organisations such as ISIS and Al-Qaeda, which have been declared terrorist organisations by the UN.”

Mafianeindanke.de points out that there is a distinct underground banking system in Turkey (“Hawala”), which routes money flows intransparently via hidden networks, also from and to Germany. This deficit is exacerbated by the “rampant corruption in the country and the many black accounts of the ruling AKP party as well as the organised crime groups that are firmly anchored in the Turkish economy”.

But this is not the only reason. The FATF is not only censuring Turkey for doing too little – but also, and this is where it gets exciting: for doing too much.

The bullies’ abuse of the FATF standards

This is about FATF standards against terror financing. After the attacks of11. September attacks, the body was given a mandate to also combat terrorist financing. For this purpose, it created an “unrestricted standard that also covers so-called non-profit organisations (NPOs) as addressees of due diligence obligations, compliance with which is to be ensured by the FATF states”.

In itself, this makes sense. It doesn’t help much if you strictly control companies but turn a blind eye to NPOs. The problem, however, is that the FATF has thus given the states a “contourless instrument” without defining crucial terms such as terror, terrorist organisation or terrorist financing more than vaguely. This would be fine if the instrument were limited to organisations that have been declared terrorist organisations by the UN. But it is not.

In practice, state leaders do take the FATF’s call for more control seriously – but in their own interest. Just a slight bend in perspective, just a slight bend in the definition of terror – and the measures are already aimed at government critics. They do not become an instrument against criminals and terrorists – but a tool of tyranny. They crush NPOs and NGOs, not only those that criticise the government and promote democracy – but also non-political aid organisations like Bread for the World. This organisation complains that the FATF standards make it more difficult to operate in countries like Turkey.

“The FATF is aware of human rights groups’ concerns about Turkey’s treatment of non-profit organisations. Turkey needs to implement a truly risk-based approach to non-profits and ensure that authorities do not hinder or discourage legitimate activities,” FATF chief Pleyer warns.

Turkey’s new “Law to Prevent the Proliferation of Financing for Weapons of Mass Destruction” is likely to be particularly drastic in this regard. It threatens “all organisations critical of Erdogan”, as they now have to reckon with being classified as terrorist organisations and being bled dry economically. With this law, the president has granted himself a particularly scary right: He is given the authority to order that the funds and assets of accused persons be frozen if they are considered terror suspects. All that is needed is a suspicion, even if it is only against a single board member.

Erdogan is beating people to Bitcoin

So President Erdogan, not exactly known for humour or understanding of criticism, can now freeze the bank account of anyone he has obtained a terror warrant against. So, with a minimally corrupt rule of law: of anyone who bothers him.

The money that lies in Turkish bank accounts, in portfolios and safes – that belongs to its owner only pro forma. If the government likes it, it has the legal means to confiscate it at any time.

This makes Bitcoin extremely important for residents of Turkey for two reasons: on the one hand, because Bitcoin is one of the few remaining options to own money “for real” rather than at the mercy of an increasingly pressured president. On the other hand, to protect oneself from rapid inflation, which has reached about 25 percent this year against the euro, and which is causing more and more people in the country to fall into poverty and hunger. Philipp Mattheis, author of the BlingBling newsletter and an expert on Turkey, describes it this way:

“This hit the Turkish middle class in particular, which has since eroded. Holiday trips to Europe and the USA were still standard for many Turks ten years ago. Today, due to the decline of the lira, hardly anyone can afford it … Salaries cannot keep up with inflation. Thirtysomethings with a degree and a few years of work experience rarely earn the equivalent of 800 Euros. “

For a long time, Bitcoin and cryptocurrencies were rather a niche topic in Turkey. There was a small, financially educated and wealthy class whose members used cryptocurrencies to escape the long-rising inflation and earn money.

In the meantime, however, Philipp Mattheis reports, this has become a mass phenomenon. He tells of Yalcin, who “gambles with shitcoins” at Binance, but also has an account at a Turkish exchange to invest in bitcoins. He thinks everyone is doing this at the moment. A filmmaker who meets Mattheis also confirms this. During the lockdown, she says, almost everyone was involved with Bitcoin; some of them were saving in Bitcoin, others were trading in crypto and shitcoins.

The government is increasingly uncomfortable with this trend. “We are at war with cryptocurrencies” said President Erdogan as recently as 18 September. Bitcoin Magazine stresses that it must be a war “between Erdogan’s tribe and Bitcoin” as “the country’s citizens are turning to Bitcoin more than ever before.”

Turkey’s two largest Bitcoin exchanges, for example, say they have more than five million users – while more than two million people invested in shares for the first time in January. One should not take the figures too fully – but they show the dimension of what is happening even if one puts them into considerable perspective.

The Turkish government cannot ban gold because it is too popular with the population. Bitcoin may just get the same status.