Uhrzeit.org has been accepting Bitcoins for a good seven years – albeit with an interruption. An inside look at what it’s like to work with Bitcoins as an online shop in Germany.

For many, Bitcoins are primarily an object of speculation. The real application – as a means of payment – is approved of, but exists more as a theory. In practice, PayPal, credit cards or EC cards work well enough, and who wants to spend their Bitcoins when they could be worth more in the future?

Therefore, experience is often rather meagre when it comes to how Bitcoins work in online trade. We therefore asked Uhrzeit.org, where you can pay for watches with Bitcoin since 2014, which makes the online shop a pioneer in this area. Managing director Göran Holst answered our questions.

“We introduced Bitcoin in 2014 because we wanted to support this ingenious payment concept,” Göran tells us. Especially “in light of the principle of data minimisation,” he thought it made sense “if a person doesn’t have to provide payment-related information when buying online.” This principle has also been laid down in the GDPR since 2018 – personal data should be limited to what is necessary. No other electronic payment method comes as close to this imperative as Bitcoin. 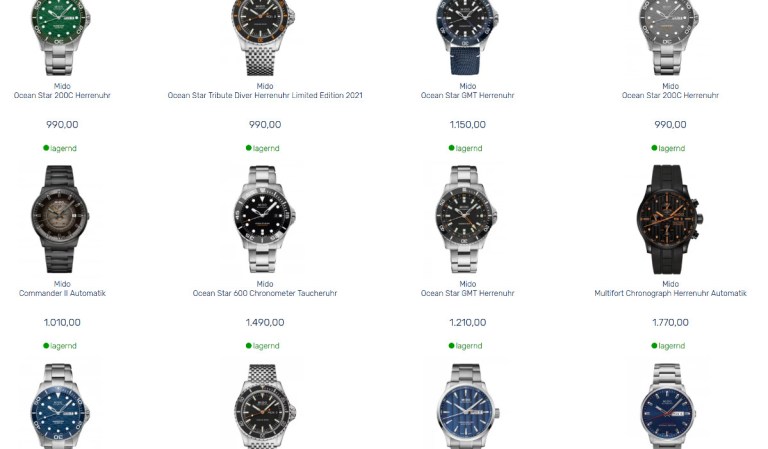 Uhrzeit.org did not receive the Bitcoins directly, however. Instead, the online shop commissioned the payment service provider Bitpay, which was extremely popular at the time. This was able to convince numerous new shops in 2014 by offering to directly exchange the Bitcoins taken in. “The purchase price was immediately converted into euros at Bitpay and credited to us in euros. Only after that did we ship the watch.”

However, Bitpay ceased operations in Germany in August 2019 – an event that dealt a severe blow to Bitcoin acceptance in this country. The reason remains slightly mysterious to this day, but is presumably regulatory.

Göran reports: “As a justification, we were sent this text: ‘BitPay is committed to providing the best service to all its customers. We regularly monitor regulations and laws to ensure compliance’. Germany has publicly stated that crypto companies should apply for a licence from 2020. We have ceased operations in Germany while we determine the need for German licences.'” 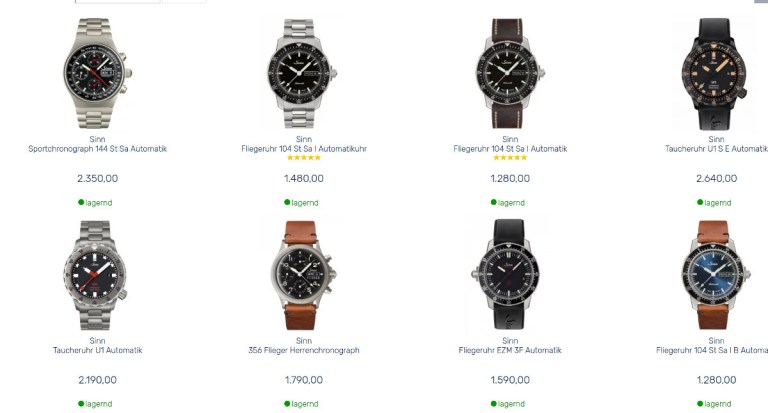 Obviously, Bitpay fell victim to German legislation on cryptocurrencies, which was otherwise also internationally praised. This legislation created regulatory clarity and made it relatively easy for banks and other established financial institutions to use Bitcoin as a financial product under clear guidelines. This is demonstrated, for example, by Bitbond’s success in attracting financial institutions and fintech start-ups to use crypto tokens, as well as the rise of crypto custodians such as Tangany. However, businesses that used Bitcoin in the true sense fell by the wayside.

For Uhrzeit.org, this was initially demotivating. Since sales with Bitcoins had not necessarily been business-driving, the online shop initially left the issue alone. Only in January 2021 did it reintroduce Bitcoin as a payment option, “due to multiple requests from customers”. This time, the company no longer worked with a payment provider, but did everything itself.

“Our software assigns a payment address to a customer so we can match the payment to the order,” Göran explains the concept. “Since our whole shop is programmed ourselves, the integration was quite easy for us.”

Even though Goran himself is a supporter of Bitcoin and the idea behind it, and also slightly regrets not keeping the coins he has taken since 2014, the company is changing them again right now. “Keeping the Bitcoins in the company that made the sale could raise tax complications. We wanted to avoid these from the beginning. That’s why we are changing the bitcoin into euros.” 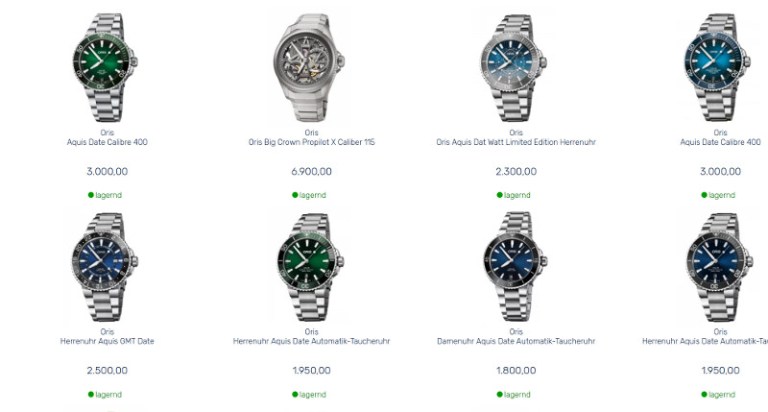 It was still worth the effort. “Overall, bitcoin will be much better accepted in 2021 than it was in 2018 and 2019, because it is also becoming more widespread in Germany. The share of sales is still low in absolute terms, but sales in 2021 in Bitcoin are already three times as high in October as in 2019.”

It is also interesting, especially in the luxury segment, that Bitcoin users tend to buy more expensive products. “The average shopping cart on Uhrzeit.org across all payment methods is around 320 euros, while on Bitcoin it is 900 euros. So significantly higher-value watches are bought than with euros. Particularly popular with Bitcoin buyers are watches from Oris, Sinn, Mido and Maurice Lacroix.”

At the same time, Goran reports, Bitcoiners pay close attention to when they pay with the coins. “What is exciting is that we only sell watches in Bitcoin to any significant extent when Bitcoin prices are relatively high. For example, at rates below $35,000/ BTC, hardly any watches were paid for in BTC. At $50,000 or more, bitcoin holders then seem very keen to reward themselves with a watch.”

Of course, one could now object that watches are also a speculative asset. Especially when the bitcoin price is high, many bitcoin holders might exchange a piece of bitcoin for another investment, such as a watch. Nevertheless, it remains an acceptance in online trade – and the increasing demand shows that more and more people are willing to pay with Bitcoins as well. Maybe the proliferation in German online retail has got a tailwind again this year after all, and maybe it just has to start in the luxury segment …