Cardano’s ADA overtakes XRP as the most capitalized cryptocurrency 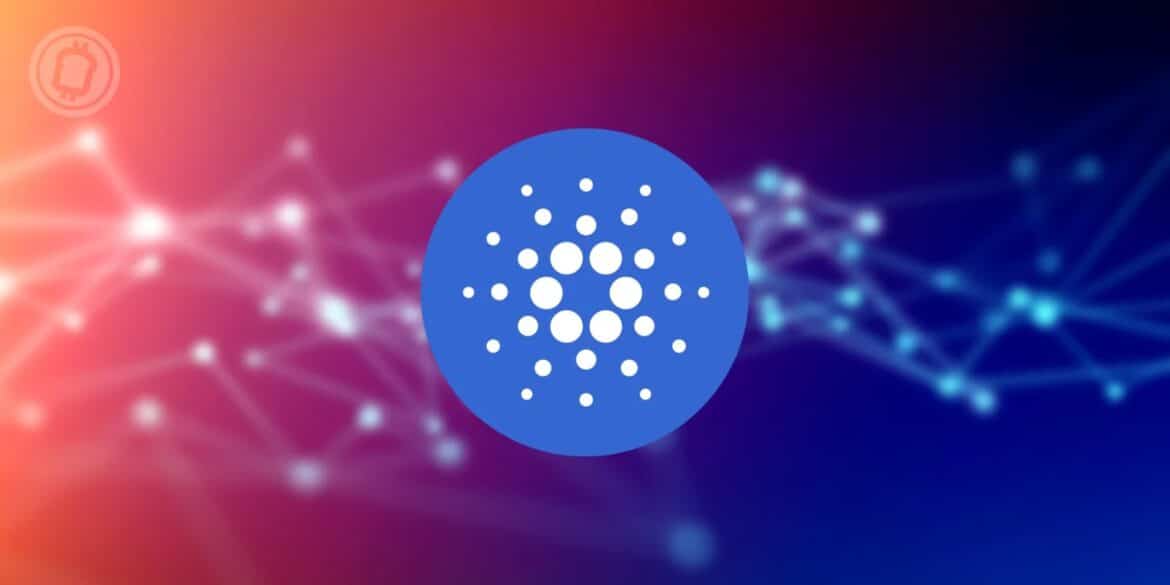 While the cryptocurrency market is still moving lower, the rebound in recent days is benefiting ADA. The cryptocurrency has moved ahead of XRP in terms of market capitalisation, and is back in 6th place in the ranking.

After the crypto market’s rally over the past few days, the Cardano asset (ADA) has once again become the sixth largest cryptocurrency by market capitalization, after overtaking Ripple (XRP). ADA has seen its price rise by 16% in the last 24 hours, while XRP has only risen by around 1%.

Whale trades on ADA have soared since January after the cryptocurrency’s price plunged to a low of $0.40 earlier this year. The whales apparently bought the plunge in anticipation of an upcoming hard fork that will improve network performance. This hard fork, known as the Vasil hard fork, is expected to bring a “massive improvement” to the network.

This was also without counting on Coinbase’s addition of staking on Cardano’s asset in March which allowed the cryptocurrency’s price to rise.

The performance of ADA and XRP

But in general, ADA’s year-to-date performance is down sharply (-55%) like the vast majority of cryptocurrencies. The market is evolving globally downwards and is experiencing several massive corrections this year. It is also in direct correlation with the US technology stock index (NASDAQ) which is suffering a sharp decline after its excellent rally during the Covid.

That being said, this performance should be put into perspective when compared to the sharp declines in some crypto stocks on the financial markets. 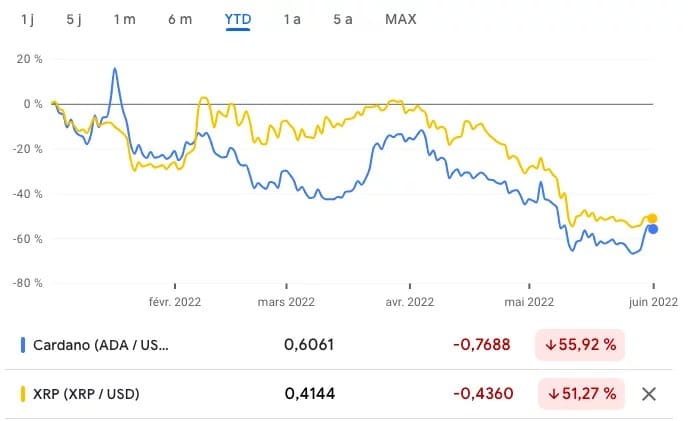 At the same time, the XRP price has been affected by one of Ripple’s co-founders, Jed McCaleb, who has sold more than 450 million tokens since the beginning of the year and still has more than 220 million in his portfolio.

McCaleb reportedly began working on Ripple as early as 2011, and was part of the founding team when the firm launched in 2013. Although he left in 2014 to work on Stellar (XLM), he received 8 billion XRP tokens for his role in the development and founding of OpenCoin, which was later renamed Ripple.

The entrepreneur receives the funds on a fixed schedule and has made it clear via XRP Talk, a forum for XRP investors and supporters, that he plans to sell the funds he receives.

XRP is also being negatively impacted by a lawsuit filed by the US Securities and Exchange Commission (SEC) against Ripple. The SEC is accusing the company and two of its executives of “raising more than $1.3 billion through a continuous, unregistered digital asset offering.”

Cryptocurrency industry experts predict that if the lawsuit is successful, the price of XRP could reach $2.55 by the end of the year, up to $3.61 by the end of 2025, and $4.98 by the end of 2030. On the other hand, if Ripple loses its lawsuit, XRP’s value could fall to $0.68. That’s higher than the cryptocurrency’s current price.