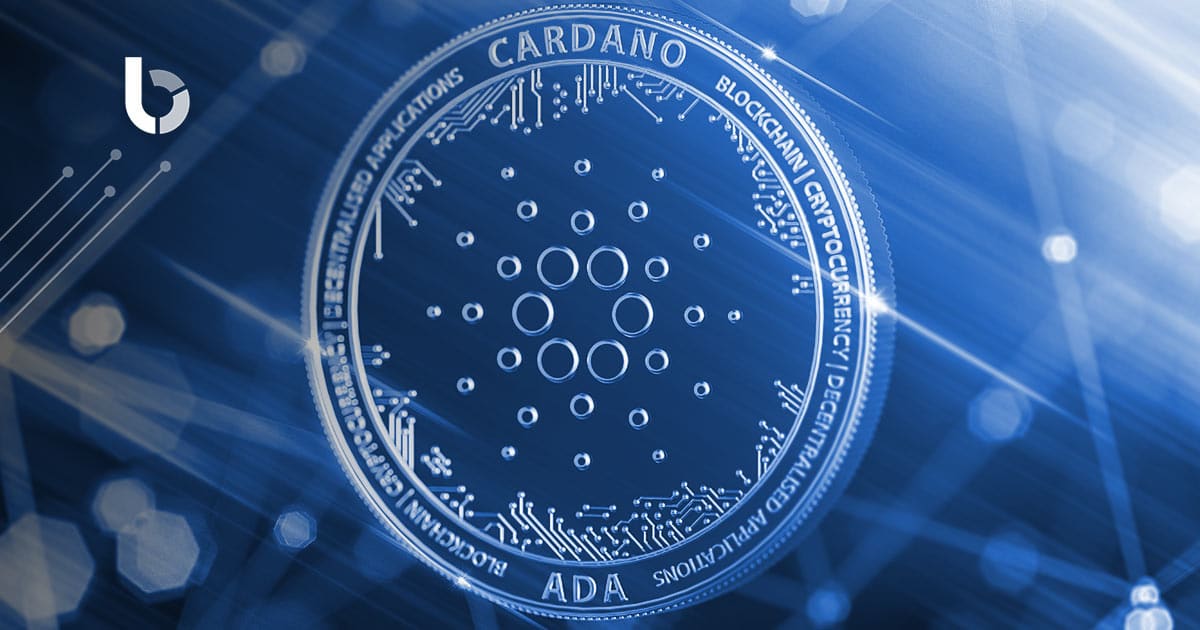 No scaling, no smart contracts, no dapps: With the $70 billion “Ethereum killer” Cardano (ADA), much remains considerably below what was promised. But full-bodied announcements keep the community happy and the price high. And somehow – all this looks very familiar to us.

Those who talk big have to be measured against them. When a coin like Cardano (ADA) claims to be better than Bitcoin, Ethereum and every other blockchain, the drop from which it plummets is already rising very high. If it has also reached a market capitalisation of $70 billion, making it worth more than Bayer, Adidas or BASF, then it damn well has to do something to justify all that.

But nowhere else in the crypto ecosystem is the gap between aspiration and reality so vast. Just how wide is shown by a discussion in the Cardano github, which highlights not just one, but several technical weaknesses of the cryptocurrency, which claims technical competence and scientific meticulousness like no other.

The discussion is about how to prioritise transactions. Because Cardano recently hit its capacity limit, and increasing capacity is out of the question, otherwise script execution could take too long. So the developers are discussing sorting the transactions through a fee market instead of processing them as they occur, as they do now.

A fee market, as has long been standard on Bitcoin, Ethereum and every other semi-mature blockchain.

A thousandth as much as promised?

This whole thing is pretty hot and embarrassing. And for a couple of reasons. First, because Cardano claims to be better than Ethereum, or better than all other blockchains, in part because it scales so fabulously. “Ouroboros [the consensus algorithm, CB] allows Cardano to scale to the globally necessary scale with minimal energy requirements,” writes the website cardano.org. And according to Cardano founder Charles Hoskinson, the blockchain “kicks Ethereum 2.0’s ass” with up to 1000 transactions per second.

Well. Currently, however, the current transaction limit, one learns in the Github discussion, is – well, what do you think? Correct: 0.2 to 6.5 transactions per second. And apparently nothing can be done to change this at the moment, because of technical limits. That is, because the technically best of all blockchains has already played out what it can do.

True, that is a veritable chunk below what was promised, roughly three orders of magnitude. But, assures Charles Hoskinon in a short video message from his trip to Africa, everything is wonderful. You can change parameters, but you don’t want to, because first Cardano should become smart-contract-capable, and then you scale up when the transaction volume increases. So everything is going exactly according to plan.

Which brings us to second: Cardano, the number 1 Ethereum killer by market capitalisation, thus not only scales worse than Ethereum, which manages around 15 transactions per second – but it doesn’t even have what makes Ethereum so unique and what is by definition the minimum requirement for an “Ethereum killer”: smart contracts.

But wasn’t there an update in September, the Alonzo hard fork, which introduced smart contracts, and which Hoskinson says ushered in a new era, not just for Cardano, but for blockchain and the whole world? Wasn’t there something there?

Moments ago, we deployed the Alonzo upgrade at the epoch rollover.

Welcome to the start of a new era for Cardano $ADA pic.twitter.com/r6QNvTv4pt

Yes. So Hoskinson’s company IOHK writes that Alonzo will “allow the implementation of smart contracts on Cardano” and “enable numerous DApps and Decentralized Finance (DeFi) applications.”

But somehow it doesn’t. I’m not deep enough into the matter, but somehow heard that Alonzo only introduced part of the smart contracts, but not the full programme yet. There is supposed to be a Goguen upgrade coming somehow …

So the fourth largest cryptocurrency by market capitalisation is not ready at all. Not only is it not perfect, but it can’t do what it is advertised to do at all. And that after a good four years of development!

The Revenge of UTXO

But at least Alonzo has unlocked some Smart Contracts – enough to debunk Cardano’s supposedly superior technology. After all, one of the things that makes Smart Contracts so powerful is DeFi – the world of Decentralised Finance. To be a serious competitor to Ethereum, a blockchain needs to be DeFi-enabled. But now it turns out that the blockchain’s UTXO system is standing in the way of the development of DeFis on Cardano.

The first dapp went live on Cardano today and ADA fanboys are finally discovering that you can’t peer review your way out of fundamental issues. pic.twitter.com/tYQXNcVKGN

UTXO is the system also used by Bitcoin: coins are assigned to an address. These coins can only be spent once, and you get the rest back as change. A bit like cash is a wallet. An account system like Ethereum, on the other hand, uses an address as an account from which you can send amounts, analogous to a bank account.

When a UTXO is modified, it is destroyed and created again with new state. So if multiple txns compete to modify the same UTXO (e.g. a Uniswap pool), then only one txn can succeed and all others will fail. https://t.co/D8NHzM3X7q

Now, however, it turns out that while a UTXO system is good for giving users privacy with high transparency in a pure payment blockchain like Bitcoin. But if you want to build DeFi smart contracts – or, more generally, work with smart contracts – a UTXO system makes everything much worse and more cumbersome.  Because each UTXO can only be consumed once before it is confirmed by a block. A very simply constructed smart contract can therefore only process one transaction per block, and those addressing the same UTXO that has already been consumed have to queue up. This is roughly what happened with one of the first DApps on Cardano.

Of course, you can still increase the throughput of smart contracts. But scaling is much more cumbersome and complicated.

A desert of good news and a great DJ

With this in mind, it is not surprising that the Cardano-Dapp landscape is a right desert. It’s quite difficult to find active apps and projects on Cardano

The official website, cardano.org, shows many application ideas but no users. There is also hardly anything about real applications in Cardano’s Reddit sub – it’s mostly about prices and new videos by Charles Hoskinson. On the usual Dapp rankings, such as Dapp-Radar, DeFi-Rate, Dapp.com, Stateofthedapp and so on –  one discovers tokens, DeFis and Dapp on Ethereum, the Binance Smart Chain, EOS, Tron, Polygon, Avalanche, even on exotic, small Chains like ICON, Klaytn, Flow, Wax, Hive and others. But nowhere a trace of the biggest and strongest Ethereum killer by market capitalisation: of Cardano.

Dapp-Radar therefore also blogs somewhat mockingly about Charles Hoskinson’s promise that there will be 1000 Dapps on Cardano in mid-2021: “Of course, Hoskinson knows better than us how great the interest of Dapp developers in Cardano is. Another caveat is that Dapps can’t even go live on Cardano yet until there is smart contract functionality there, which will only be unlocked with the Goguen upgrade. We are not sure when that will be. Despite everything, there’s one thing we’re familiar with on DappRadar – Dapps … And we think his prediction of ‘thousands of Dapps’ on Cardana is highly implausible. “

After all, one discovers 62 DApps on Cardano-Crowd. However, if you look at the DeFi and Exchange dapps, for example, you will find that they all copy Uniswap at first glance, but at second glance they are not yet usable at all: Maladax, SundaeSwap, MineSwap, Liqwid Finance – all of which promise to go live soon, none of which is already up and running.

The only thing that seems to be up and running already are NFTs, “non-fungible tokens”, collectibles, the blockchain trend of the year. Cardano-Crowd shows some platforms, the ecosystem overview on Github some more. There are numerous platforms to trade NFTs, such as Tokhun or CNFT, and some to mint them. But this seems like a copy of what is running on Ethereum. I’m not deep enough into it to see if anything really innovative is happening, but as far as I follow the news around NFTs, no really prominent artist has released an NFT on Cardano yet, and no strong trends broke out, like CryptoPunks.

Never the less, Cardano’s spirits remain high and Cardano influencers and fans remain loyal to their blockchain. After all, there was the recent Cardano Summit, a global summit of the Cardano scene, where Charles Hoskinson himself also got behind the turntables.

And of course his company, IOHK, is always blogging about new, super-exciting projects: A partnership with Oasis Pro Market, AI developer Grace, a blockchain fund in Africa, the government of Ethiopia,  the formation of a UTXO Alliance that includes Cardano and a few other largely obscure UTXO blockchains, and on and on …

What works once, works again and again in the blockchain space. If Dogecoin works, so does the Shiba-Inu coin. If one ICO works, so do hundreds of others. If the CryptoPunks rock, so do the Pudgy Penguins.

The basic concept of Cardano looks familiar: We have an eccentric, narcissistic founder of a blockchain who may be brilliant, but not as brilliant as he and his followers think he is. He pretends that cryptocurrencies are all about technology, rather than marketing and network effects, and promises to build the technologically very-very-best blockchain that, once ready, will stamp all other chains into the sand.

One ironic somersault later, the cryptocurrency achieves the very network effect it denies because of this claim, but rather by taking a shortcut. Where Bitcoin has been establishing itself as a means of payment and store of value for more than a decade, and Ethereum has become a haven for ever new blockchain innovations, our cryptocurrency achieves its network effects by claiming to be able to do all this better in the future. It virtually parasitises the network effects of others while publicly badmouthing them. Side-swipes against the weaknesses of Bitcoin and Ethereum are standard.

Meanwhile, the much-hyped technology turns out to be more and more of a pipe burst, if it ever gets finished. The reason is usually the compulsion to keep reinventing the wheel. The technology is not only abused to promote the meme of the technical best coin ever, but also to serve the narcissism of its founder. Everything has to be different and better and more original than the others. Exotic design decisions are made that are somehow beneficial on an esoteric level, but complicate and in fact worsen practically everything, from the cryptographic algorithm to the programming language of smart contracts to consensus driving.

This concept for a cryptocurrency is generally more viable than it should be. Cardano is not the first coin this concept has inspired, and it will not be the last. Perhaps all of this is a necessary side effect of a vital, burgeoning market, and the outrageous valuation that the market grants to technological experimentation can be quite fruitful. But when a cryptocurrency thus becomes a $70 billion blockchain, it provides the consummate proof of how much of a bubble the crypto market is in.

With that, at least, we have one thing Cardano does really well.