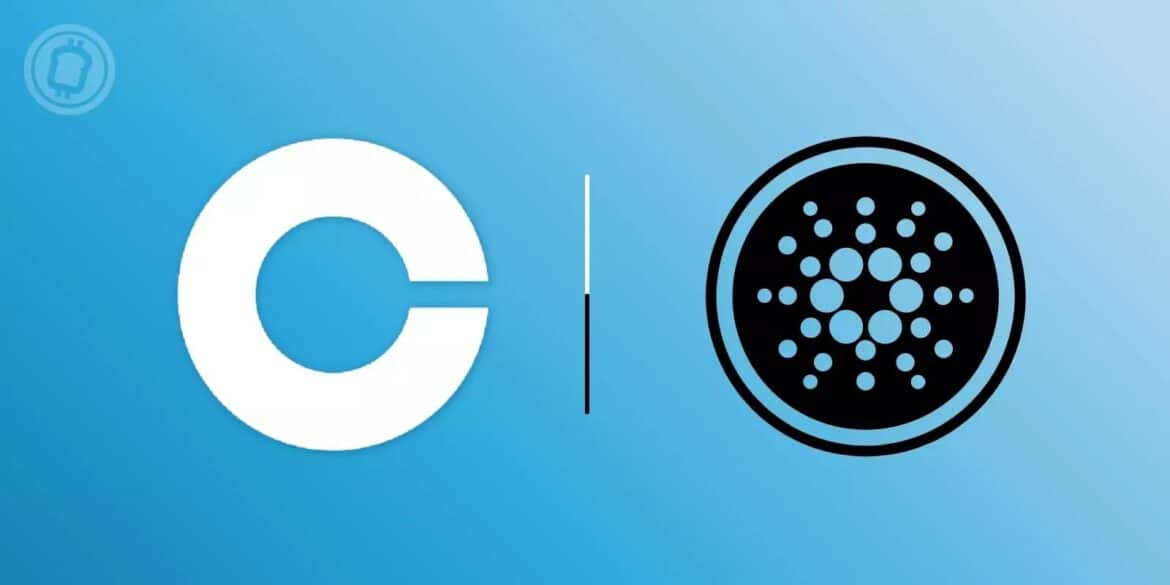 The Coinbase exchange platform is not only diversifying the crypto-currencies offered for exchange, but also its staking services. It’s Cardano’s ADA’s turn to be affected: users will now be able to generate rewards directly from the app.

ADA staking can now be done on Coinbase

Coinbase has announced the arrival of ADA staking today, via a statement. The exchange explains that the aim is to offer an easy-to-use service that allows as many people as possible to access it:

Coinbase provides an easy and secure way for every user to actively participate in the Cardano network and earn rewards.


The platform says annual returns are estimated to be around 3.75%. Users start generating rewards after 20-25 days, and these are then distributed every 5-7 days. On Cardano, locked ADAs are not blocked: they can be withdrawn at any time.

Coinbase had already shown its ambition by explaining that it wanted to list all existing cryptocurrencies. And it seems that it also wants to diversify its staking offer. Cardano is the 5th network with which it is possible to stage, Coinbase having already added Algorand (ALGO), Cosmos (ATOM), Ethereum (ETH) and Tezos (XTZ). Coinbase confirms that new staking services will gradually be added to the platform.

The news seems to have had an effect on the price of ADA, which has jumped since yesterday, while it was already experiencing a rather positive week. The cryptocurrency is indeed +18% over the last 24 hours : 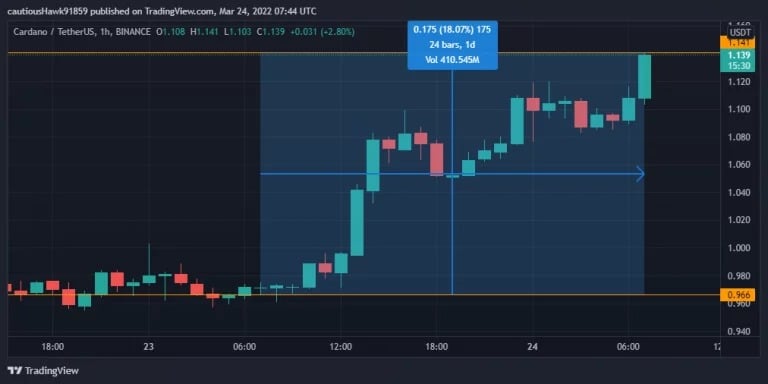 Over the last seven days, the progression is even more clear: the ADA price explodes by +44%. For comparison, the ETH and the SOL are “only” +10% over the same period.

The arrival of ADA staking on Coinbase could in any case allow the project to see a new wave of users, thanks to its simplified access.