50% of Ethereum (ETH) blocks are subject to US Treasury requests 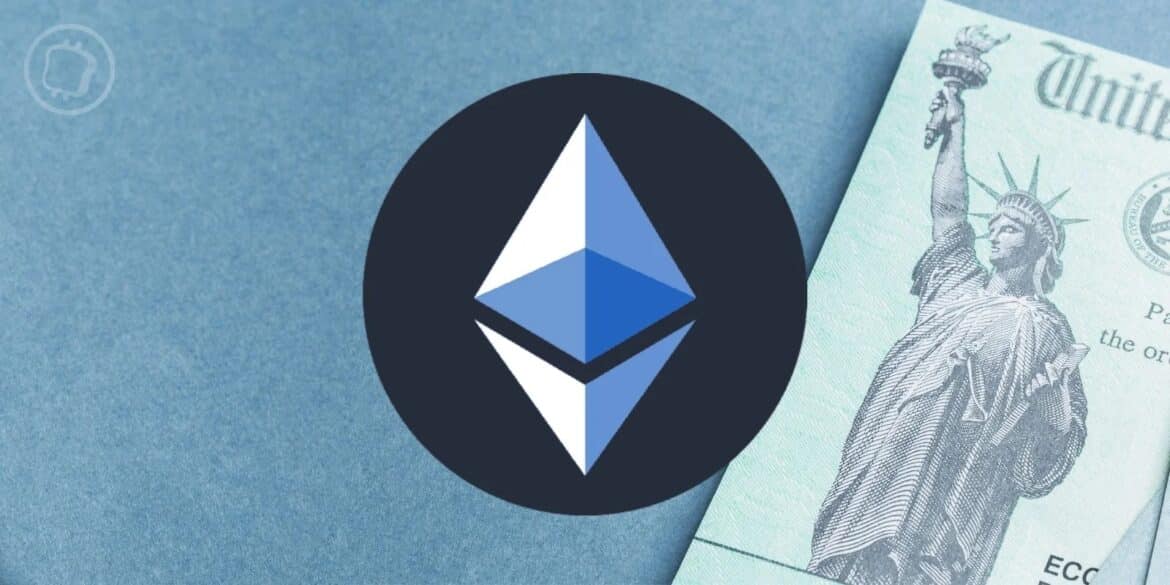 Ethereum (ETH)’s move to proof of stake had raised fears of greater censorship of the network. And those fears seem partially justified, as new data shows that half of the blocks produced are subject to requests from US regulator OFAC, part of the US Treasury. What does this mean?

Ethereum now works with proof of stake. This means that validators – and no longer miners – check the conformity of transactions and integrate them into successive blocks. The latter have an economic incentive to do this work, and of course seek to maximise their profits.

This is where the “MEV-boost” comes in. To put it simply, MEV-boost allows clients to outsource the construction of blocks. This means that they sell their block space to external entities that build them in order to optimise space – and therefore performance for validators.

The problem with these MEV-boots is that they can choose to be regulated by the regulator Office of Foreign Assets Control (OFAC). OFAC is part of the United States Treasury, and among other things, manages the sanctions applied by the nation to various entities. We recently heard about it in the Tornado Cash case: OFAC had put the cryptocurrency mixer under sanction, already triggering controversy.

If these MEV-boosters choose to be regulated by OFAC, this could of course pose a problem of censorship. The state could prevent transactions from being validated, or prioritise certain transactions. This goes against the philosophy developed by Ethereum, and cryptocurrencies in general.

50% of Ethereum transactions submitted to the US Treasury?

And that’s just what seems to be happening to the majority of Ethereum blocks. According to data published by MEV Watch, as of yesterday, more than 50% of blocks were being built by MEV-boosters that comply with OFAC requirements:

Share of Ethereum blocks that comply with OFAC requirements

Of the blocks built by MEV-boost, 89% are subject to the requirements of the US Treasury Department. Moreover, the number of blocks produced in this way has tended to increase since the Merge, if we observe the following graph: 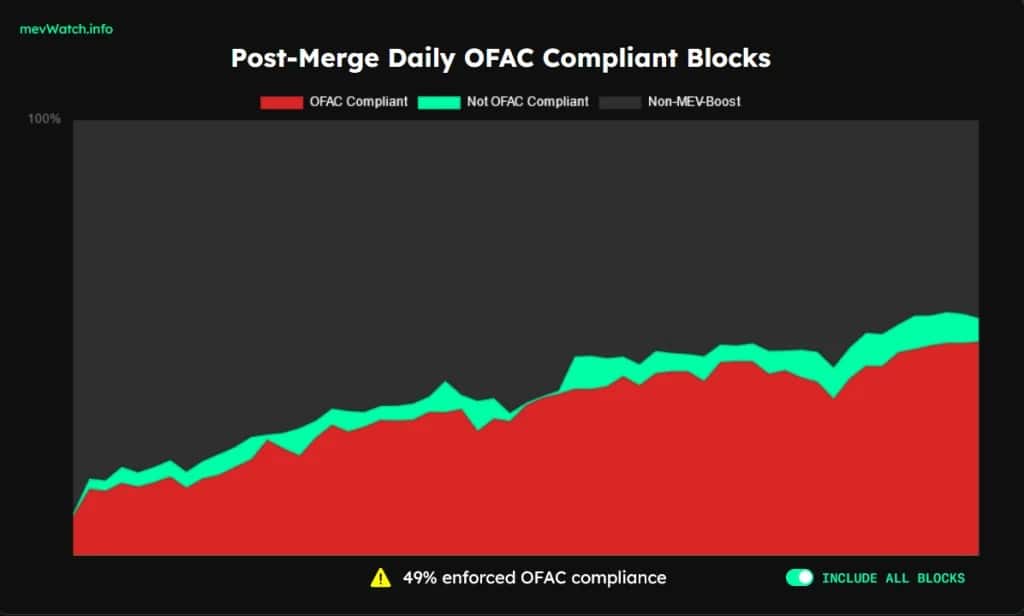 Let’s take an example of the limitations of the MEV-boost that choose to submit to the Treasury. They will not be able to include transactions from the Tornado Cash protocol, as this is on the OFAC sanctions list. The transactions in question may of course be processed by other validators, but if they do not necessarily have a high profile on the network.
What is the difference between the two?

Ethereum is more censurable than in the past?

What to take away from all this? First of all, Ethereum is now more censurable than in the past, if validators choose to use MEV-boost. But also that any protocol, even a decentralised one, is subject to the geographical location and choices of its main players.

The problem is of course not exclusive to Ethereum, even if the use of MEV-boost accentuates the imbalance. It will be recalled that the Bitcoin (BTC) mining firm Marathon Holdings caused a scandal on this subject in March 2021. It had indeed chosen to mine blocks in compliance with US regulations, including those of the OFAC.

This was a point of concern even before the Merge, and it would appear that the fears were justified. What will happen if this share of transactions continues to grow? The coming months will tell, but it is a significant issue, and one to watch.