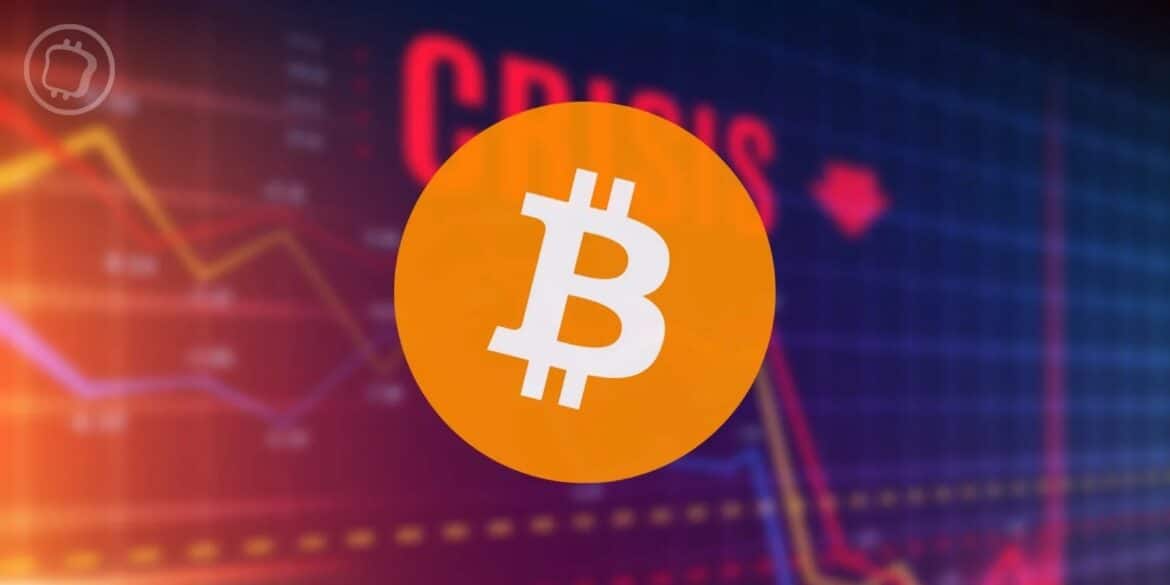 With Bitcoin (BTC) now trading below $20,000, investors are expecting an even bigger drop. Macroeconomic context, FED announcement, Mt. Gox affair and “septembear” fear, Bitcoin is threatening to break the support represented by the former all-time high (ATH) of the 2017 bull run.

As the summer draws to a close, the cryptocurrency market weather is clearly not looking good. On the contrary, the trend is rather stormy, with Bitcoin (BTC) looking like it will permanently settle below the symbolic $20,000 mark.

It only took two weeks to erase the recent encouraging performance of the cryptocurrency queen, which was once again near $25,000. The next few hours will prove decisive for Bitcoin, which is threatening to close August at its lowest level in 20 months, but especially below its former all-time high (ATH) of 2017.

Still, investor sentiment is clearly bearish. And for good reason, the recent statements by Jerome Powell, Chairman of the US Federal Reserve, when he spoke on 26 August are cause for concern.

In a blunt speech, Powell warned that the fight against inflation will have “a series of unfortunate costs”. He also explained that this process will take time, will result in “a long period of lower growth” and is likely to have a significant impact on financial markets, including cryptocurrencies.

Adding to this are rumours about the Mt. Gox case, the cryptocurrency exchange that has been missing since 2014. While Japanese police are currently holding 140,000 of the 850,000 lost BTCs, an unfounded rumour was that these would be released to the market late last week, threatening the Bitcoin price with an unprecedented drop.

The month of “September” is historically bearish

That said, if there is one month that never deceives, it is September. Historically, the average losses since Coinglass began recording in 2013 have been nearly 6% on this month. With the above mentioned, investors have every right to be fearful.

In conclusion, a monthly close below $20,000 could prove catastrophic for Bitcoin and the entire cryptocurrency market. Indeed, it would crush a pivotal zone that has been in place since the bullish rally began in October 2020. After serving as resistance in 2017, as a launching pad in 2020, will this level act as support in 2022?

Avalanche (AVAX): Ava Labs in trouble with FUD and rumours