On-chain analysis of Bitcoin (BTC) – A gradual adoption of Bitcoin? 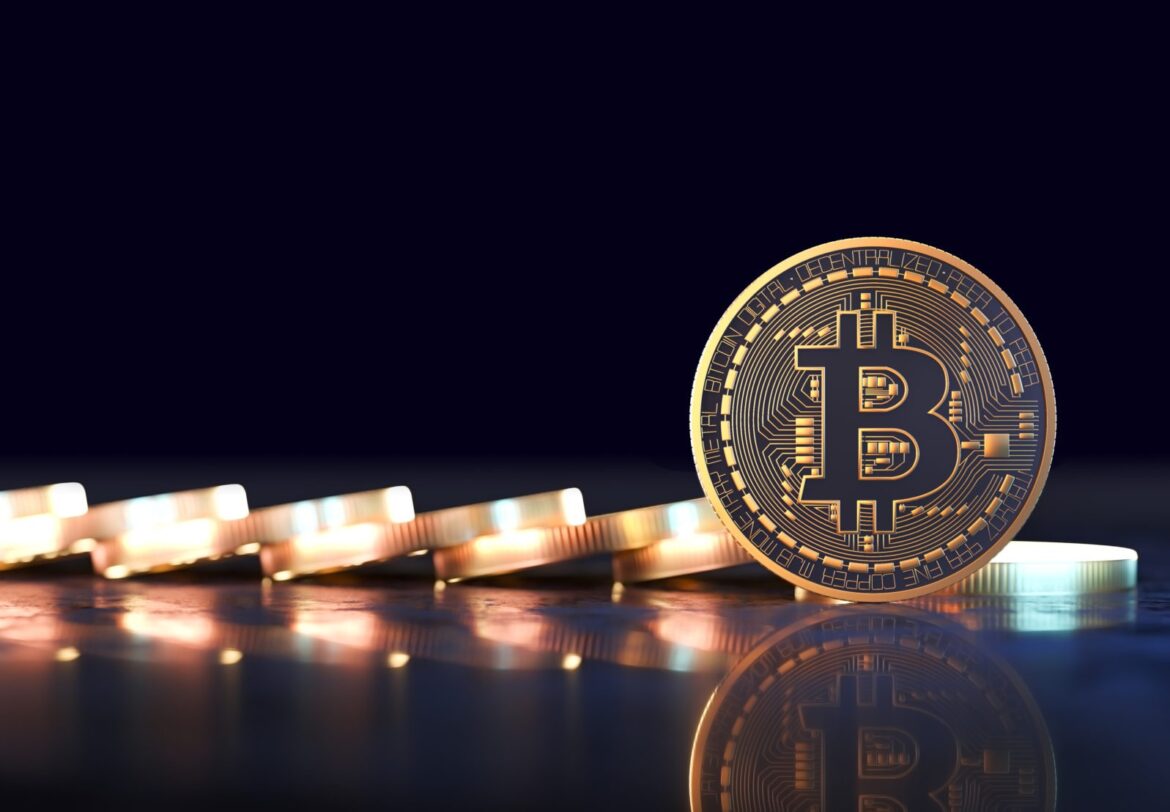 With the number of active addresses and on-chain transactions up notably, the long-term adoption of Bitcoin (BTC) is real and visible. A fundamental usage floor seems to be building since the end of the 2014 – 2015 bear cycle. On-chain analysis of the situation

Bitcoin is testing the patience of participants

Once again, the Bitcoin (BTC) price hits a record low volatility, leaving the new year to begin with uncertainty about the short-term trajectory of the price. 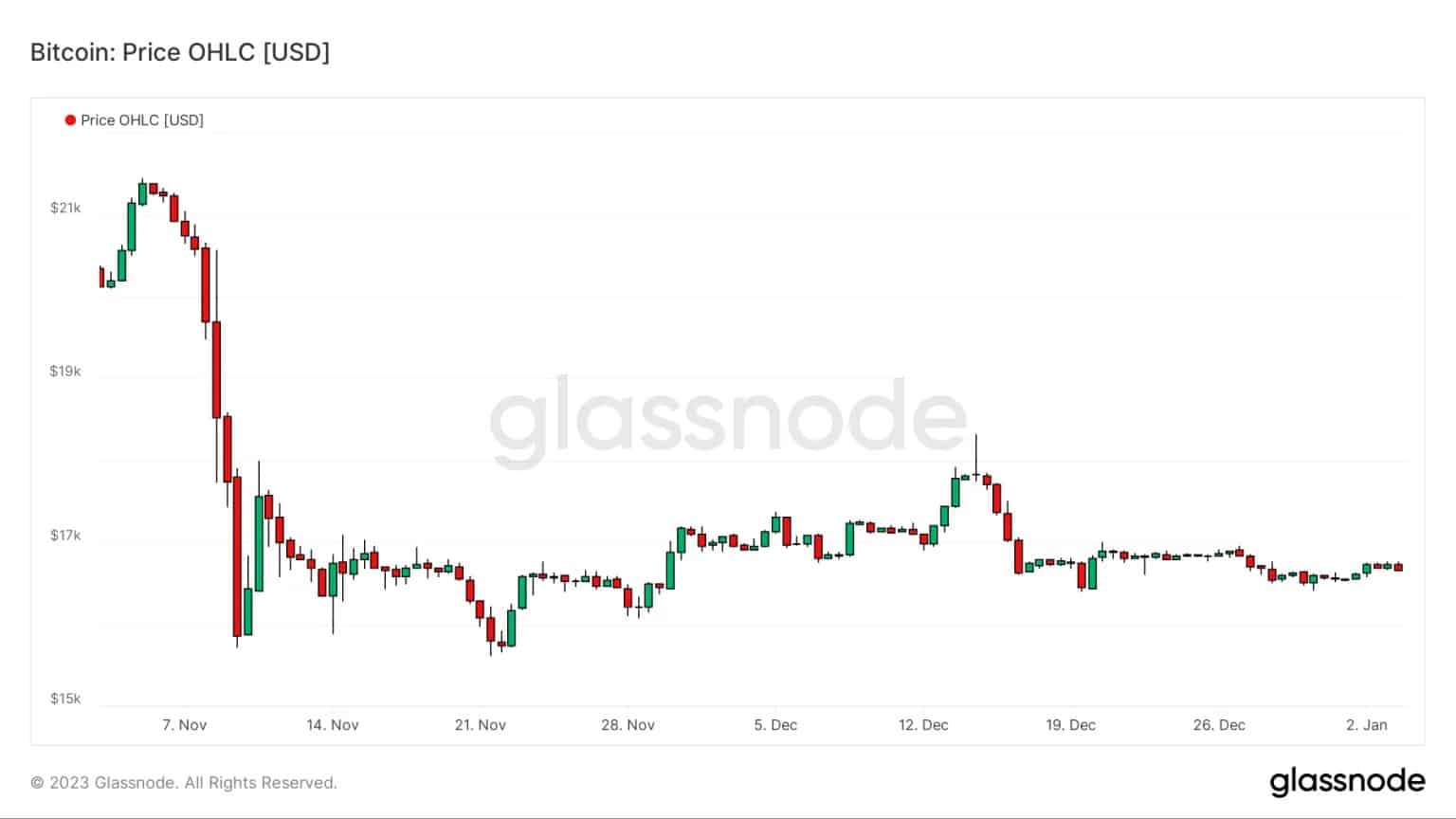 After a 2022 dominated by selling pressure, the current stagnation in BTC bodes well for a new low, which could signal the cyclical bottom that so many investors have been waiting for.

Today, we will observe the state of the network’s block space demand (on-chain activity), which is evolving increasingly through the cycles and provides a clear signal of Bitcoin network adoption.

The demand for block space, commonly referred to as “on-chain activity”, measured through various metrics, observes the state of transactional demand on the Bitcoin network, as well as its congestion.

The study of this metric provides a gauge of the degree of use and adoption of the network over market cycles, making it possible to characterise the overall behaviour of participants over a given period of time. 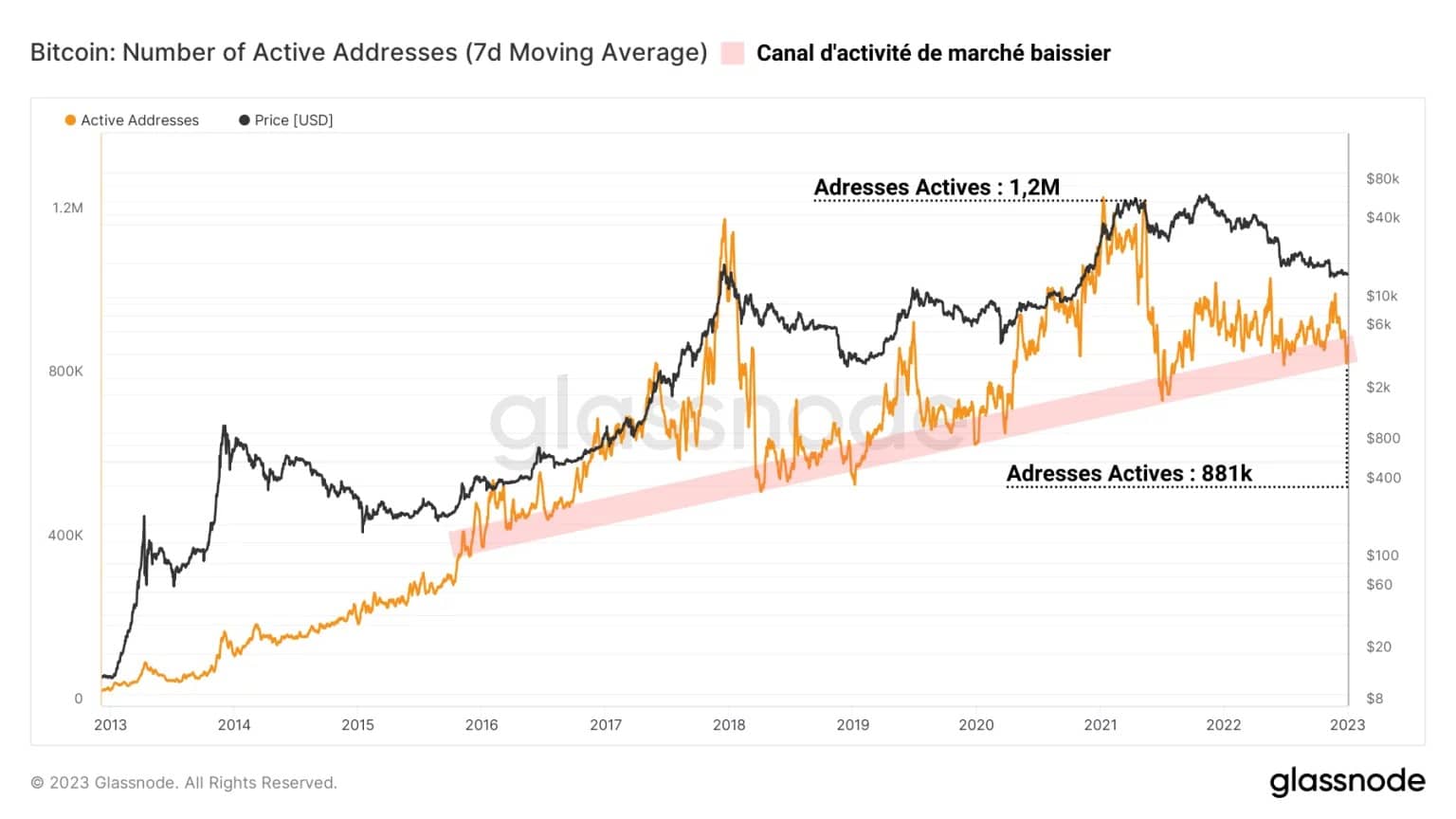 From a long-term perspective, a fundamental usage floor (in red) appears to be building since the end of the 2014 – 2015 bear cycle.

Currently, activity on the network is returning to values coinciding with this ascending channel, also reached during the May 2021 sell-off, and amounts to nearly 880,000 active addresses per day.

This observation is also visible via the measurement of the number of adjusted transactions per entity. Evolving in a bearish regime since mid-2021, the metric is now around 212,000 daily transactions. 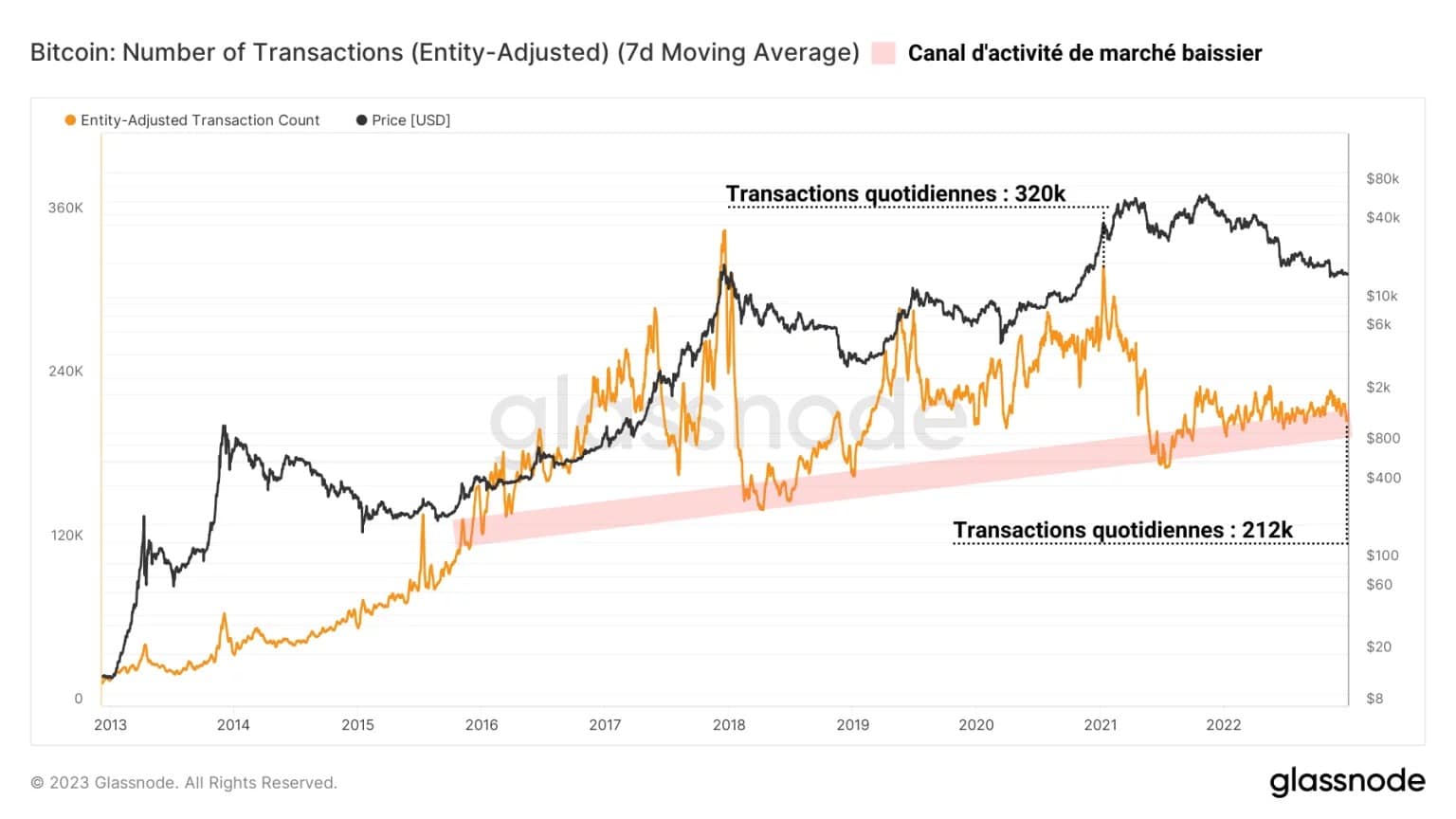 This decrease of almost a third in transactional demand over the past few months marks the lack of participant interest in on-chain transactional settlement during long-term market declines.

However, over the long term, the number of on-chain transactions is visibly increasing, with extensions above the fundamental activity channel during bull markets and returns to the “normal” (long-term user base) during bear markets.

In the short term, despite a fall in the rate of completed trades since the FTX collapse, the number of pending trades in the mempool indicates a palpable increase in demand for block space. 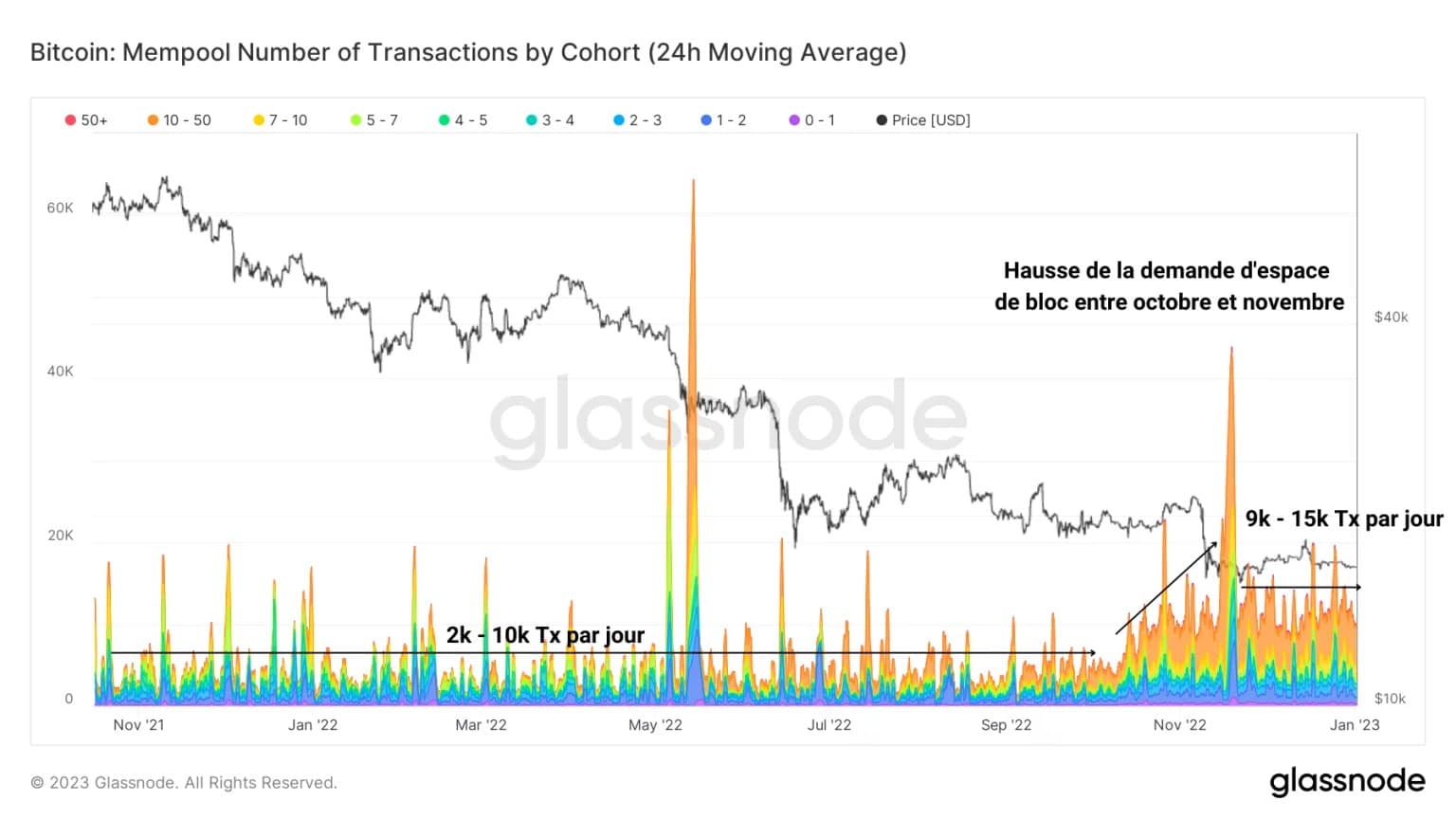 Figure 4: Bitcoin transactions in the mempool

Thus, following the late November peak, activity levels have declined, but remain higher than before the FTX collapse, signalling a slight overall increase in participant interest.

Finally, we can observe a parallel dynamic via the measurement of transaction fees paid to centralized exchanges (CEX) by their users. 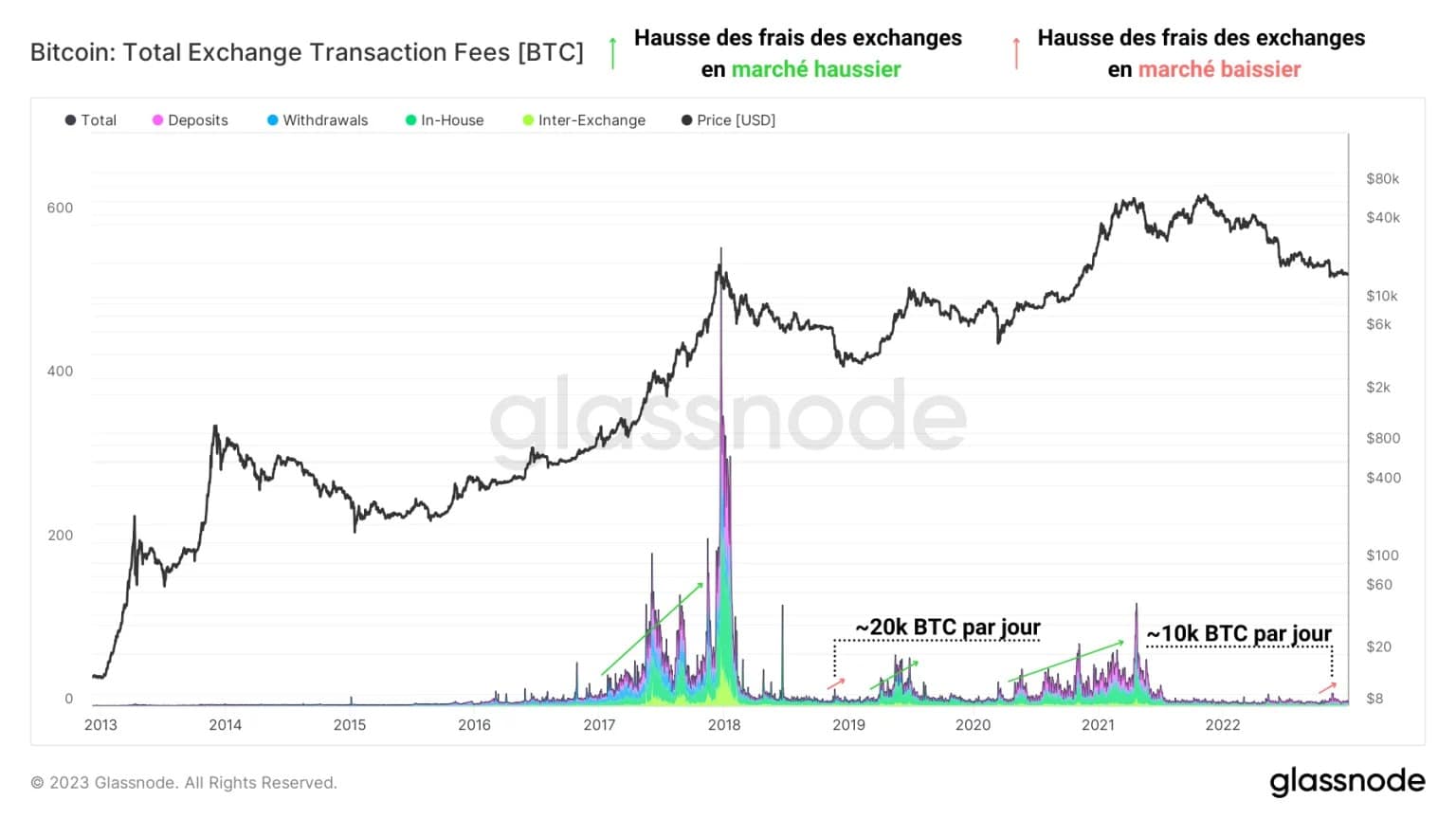 Although the total daily fees are decreasing over time – notably due to the expansion of DeFi – we can observe noticeable increases in fees:

In November 2022, we thus witnessed a similar increase in fees paid to CEXs as in the November 2018 capitulation, although the magnitude was halved.

Summary of this on-chain analysis of BTC

In sum, this week’s data tells us that the long-term adoption of Bitcoin is real and visible through the measurement of on-chain network activity.

In the long term, the number of active addresses and the total number of transactions made daily show a notable increase, meaning that the number of users is growing gradually over the cycles.

In the short term, the number of pending trades in the mempool indicates a slight increase in participant interest following the collapse of FTX and the break of the $18,000 support level.

Celsius agrees to turn off its 37,000 mining machines at Core Scientific