A recent study by CoinShares reveals that institutional cryptocurrency investment products have seen historically low volumes, with only $1 billion over the past week. That’s 55% below the annual average, and the second worst performance of the year.

For the record, investment products include ETFs, ETPs and all other specialised funds offering exposure to various assets. They are issued by Grayscale, ProShares, 21Shares or CoinShares.

In total this week, $8.7 million left the various digital asset investment products mentioned above. On the other hand, Bitcoin (BTC) seems to be the big loser. Funds offering exposure to the market’s leading cryptocurrency saw $15.3m escape in the space of 7 days. 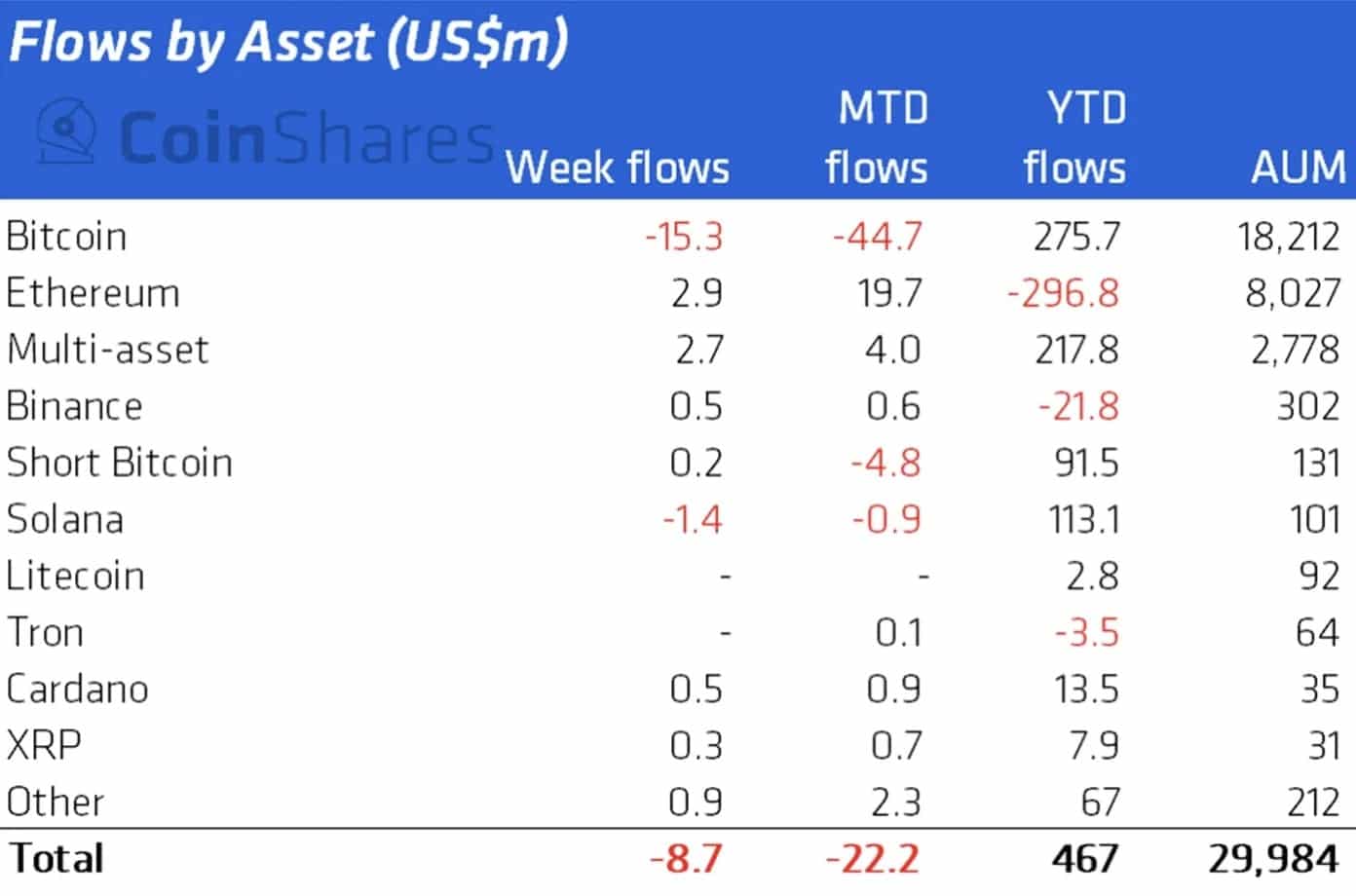 On the other hand, Ether (ETH) is doing relatively better. Funds offering exposure to the asset have seen small weekly inflows of $2.9 million in total. On the eve of the biggest event in its history, Ethereum continues to attract the spotlight.

However, the overall picture remains bleak. All of these institutional products only totalled a small billion dollars in transaction volumes over the week. This is 55% less than the annual average and marks the second worst performance of 2022.

Too much correlation with equity markets

This study tells us that the majority of negative institutional sentiment towards cryptocurrencies is focused on Bitcoin. Indeed, its price has fallen sharply in recent days after failing to break through the $25,000 resistance and is currently hovering around $21,000.

This high volatility can be explained by the growing correlation between the traditional financial markets and the cryptocurrency market. This is particularly the case in Asia, a situation that forced the International Monetary Fund (IMF) to sound the alarm on Sunday.

However, the recent falls in the equity and cryptocurrency markets simply reveal the anxiety of the majority of investors. Indeed, the speech of Jerome Powell on August 25, chairman of the US Federal Reserve (FED), is clearly feared.

It is expected that the US central bank will announce, through its chairman, a continuation of its restrictive policy and a rise in interest rates. This would mean an even greater slowdown in the flow of capital into the financial markets, and ultimately a prolongation of the bear market.