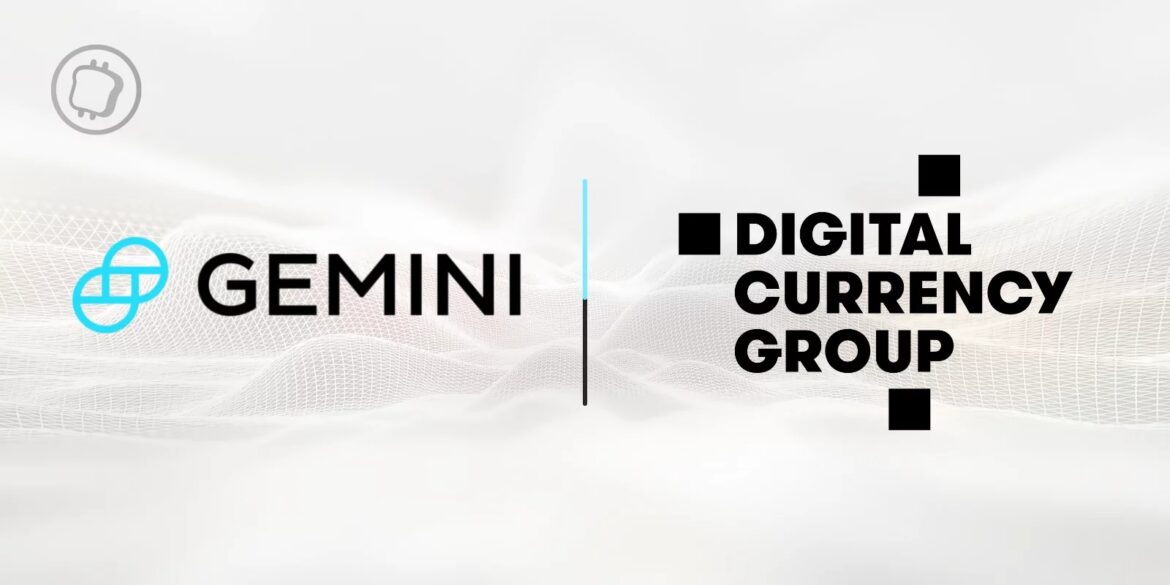 Since the bankruptcy of FTX Group last November, companies in the sector have been embroiled in financial difficulties. Most recently, the president of cryptocurrency exchange Gemini posted an open letter on Twitter to the Digital Currency Group to recover its customers’ funds worth $900 million.

In an open letter posted on Twitter, Gemini president Cameron Winklevoss denounces the behaviour of Digital Currency Group (DCG) CEO Barry Silbert, who is allegedly shirking his responsibilities by refusing to repay $900 million held by Genesis, a DCG subsidiary.

As a reminder, since the bankruptcy of the FTX group in November 2022, Genesis has stopped withdrawals from its clients: 175 million dollars were lost by the company in the collapse of the former Bahamian behemoth. At the same time, the firm was holding the assets of customers of Gemini Earn, a Gemini service offering annual returns to users.

Since Genesis was Gemini’s main lending partner, the closure of its withdrawals led to the suspension of Gemini Earn, as well as the freezing of its clients’ assets. As a result, the president of Gemini is seeking to recover his users’ funds from Genesis’ parent company:

“We are aware that any restructuring has start-up costs and that sometimes things don’t move as quickly as we would all like […] However, it is now becoming clear that you have engaged in bad faith stalling tactics. “

Note that the Digital Currency Group is a very important group in the cryptocurrency ecosystem, owning the Genesis platform, CoinDesk media, as well as asset management company Grayscale Investments, among others.

The problems don’t end there for Barry Silbert. Cameron Winklevoss claims that the DCG CEO needs to pay back nearly $1.7 billion to Genesis. In response to the open letter, Barry Silbert says his company is in good standing with the debts it owes:

DCG did not borrow $1.675 billion from Genesis

DCG has never missed an interest payment to Genesis and is current on all loans outstanding; next loan maturity is May 2023

“DCG did not borrow $1.675 billion from Genesis. The company has never missed an interest payment to Genesis and is current on all outstanding loans; the next loan maturity is May 2023. Our group provided Genesis and your advisors with a proposal on December 29 and received no response. “

Contrary to what Cameron Winklevoss said, only $575 million of debt was taken on by DCG from Genesis. The remaining $1.1 billion of debt is related to the bankruptcy of Three Arrows Capital. In addition, according to Barry Silbert, DCG offered Genesis a deal on 29 December 2022, but Genesis did not respond.

In short, if DCG does not provide cash to its subsidiary Genesis, Genesis will never be able to repay Gemini Earn’s customers. In an effort to resolve their differences, Gemini’s president concluded his open letter with a proposal for a meeting between the two parties, scheduled for January 8, 2023. Until this matter is resolved, the funds deposited by customers in the Gemini Earn service unfortunately remain inaccessible.