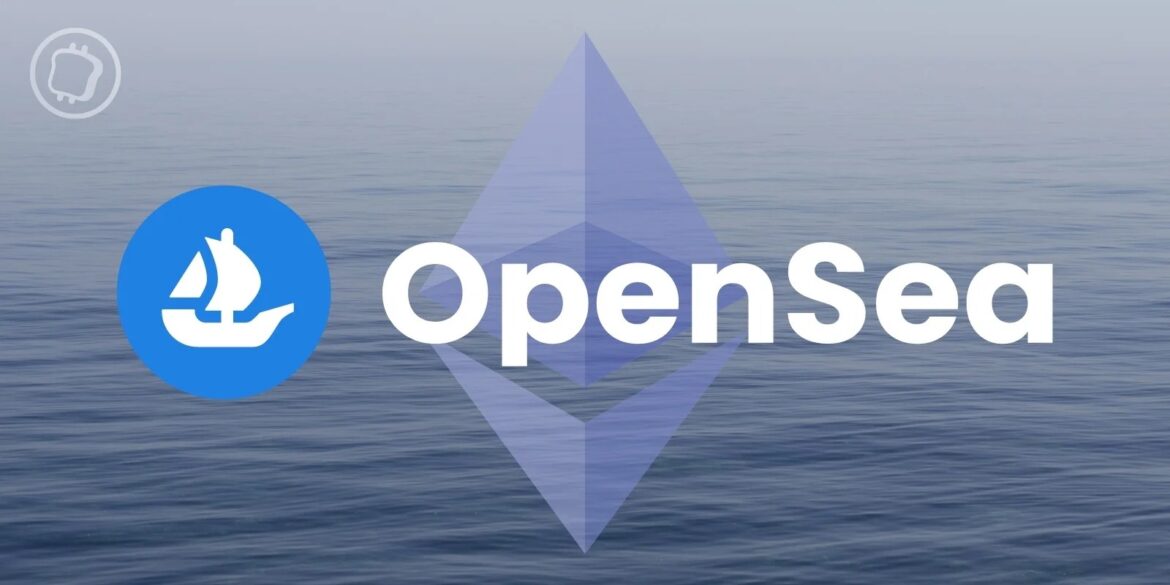 With The Merge update fast approaching, major entities in the ecosystem are expected to make a statement on whether they will support a potential Ethereum (ETH) fork. For its part, the non-fungible token (NFTs) platform OpenSea has announced that it will only support the proof-of-stake (PoS) version of Ethereum.

OpenSea will stick with Ethereum (ETH)

OpenSea, the largest marketplace dedicated to non-fungible tokens, announced via Twitter that it would not support a potential Ethereum (ETH) fork on its platform.

1/ The Merge is coming! Here’s what we’re doing to prepare…

Thus, OpenSea, whose overwhelming volume is processed from the Ethereum blockchain, will stick with the “official” version of the network. NFTs from any new version of Ethereum in Proof-of-Work will therefore not be compatible:

“First and most importantly, we are committed to only supporting NFTs on the updated Ethereum PoS chain. While we will not speculate on potential forks – to the extent that forked NFTs on ETHPoW exist – they will not be supported or represented on OpenSea. “

The platform also states that it has already begun preparing for The Merge upgrade, and is confident about this transition:

“Beyond our commitment to support the updated PoS chain, we have prepared the OpenSea product to ensure a smooth transition. While we do not anticipate any major issues, we also recognize that this is a first! We are therefore committed to monitoring, managing and communicating throughout the transition. “

The long-awaited The Merge update, due to arrive in the next few weeks, will transition the current Proof of Work (PoW) consensus to Proof of Stake (PoS) by merging the classic blockchain with the Beacon Chain.

However, not everyone is happy about this update, and for good reason, it will permanently end the Ether mining process, especially with the difficulty bomb. Some miners, most of whom have invested considerable sums in their equipment, therefore wish to continue their activity.

But this implies a clear differentiation between the future blockchain switched to proof of stake (with validators, therefore) and the one eventually forked in order to keep the possibility of mining. This is why the major entities in the ecosystem, like OpenSea here, must decide whether or not to support a second blockchain.

Binance for example, the world’s largest cryptocurrency exchange, recently announced that it would support the forked version. The same decision was made by the exchange Huobi Global, but it imposed some conditions.

On the other hand, Circle, which issues the most capitalised stablecoin on the Ethereum blockchain, USDC, announced that it would fully support the proof-of-stake version of Ethereum. Chainlink, the ecosystem’s main oracle network, will also not support the potential Ethereum fork.

MicroStrategy and Michael Saylor sued in US for tax evasion

Binance to set up a ‘special economic zone’...