Home » OpenBlox: a digital world at the crossroads of NFTs, Play & Earn and Web3
Crypto News 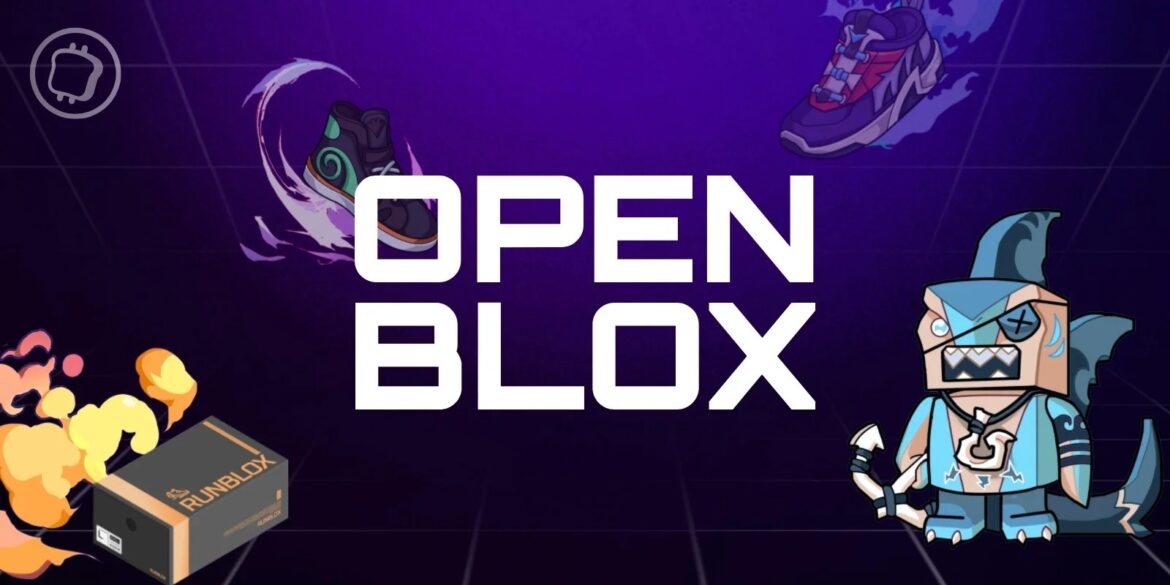 What if it was possible to evolve your virtual character through a multitude of different games while customising it? This is what OpenBlox proposes, a gaming platform based on Blox, non-fungible tokens (NFTs) with unique and evolving properties. Discover also RunBlox, OpenBlox’s first product, a Move and Earn that rewards its users for their physical activity

OpenBlox, a broad ecosystem that blends NFTs and Web3

OpenBlox’s digital world is made up of Web3 games and applications with non-fungible tokens (NFTs) as the backbone.

Available on the Ethereum blockchain (ETH) via OpenSea and on Arbitrum, the OpenBlox universe mixes several virtual worlds on which players travel with their “Blox”, evolving NFTs whose various attributes can be customised and which have the particularity of being compatible with all the games in the OpenBlox ecosystem.

These can then be traded or resold as NFTs ad infinitum on the OpenBlox marketplace.

But OpenBlox is also present on the Web3, notably through its first Runblox app, a Move and Earn built on the Avalanche blockchain (AVAX) that rewards its users for physical activity: a way to earn cryptocurrencies while taking care of your health. 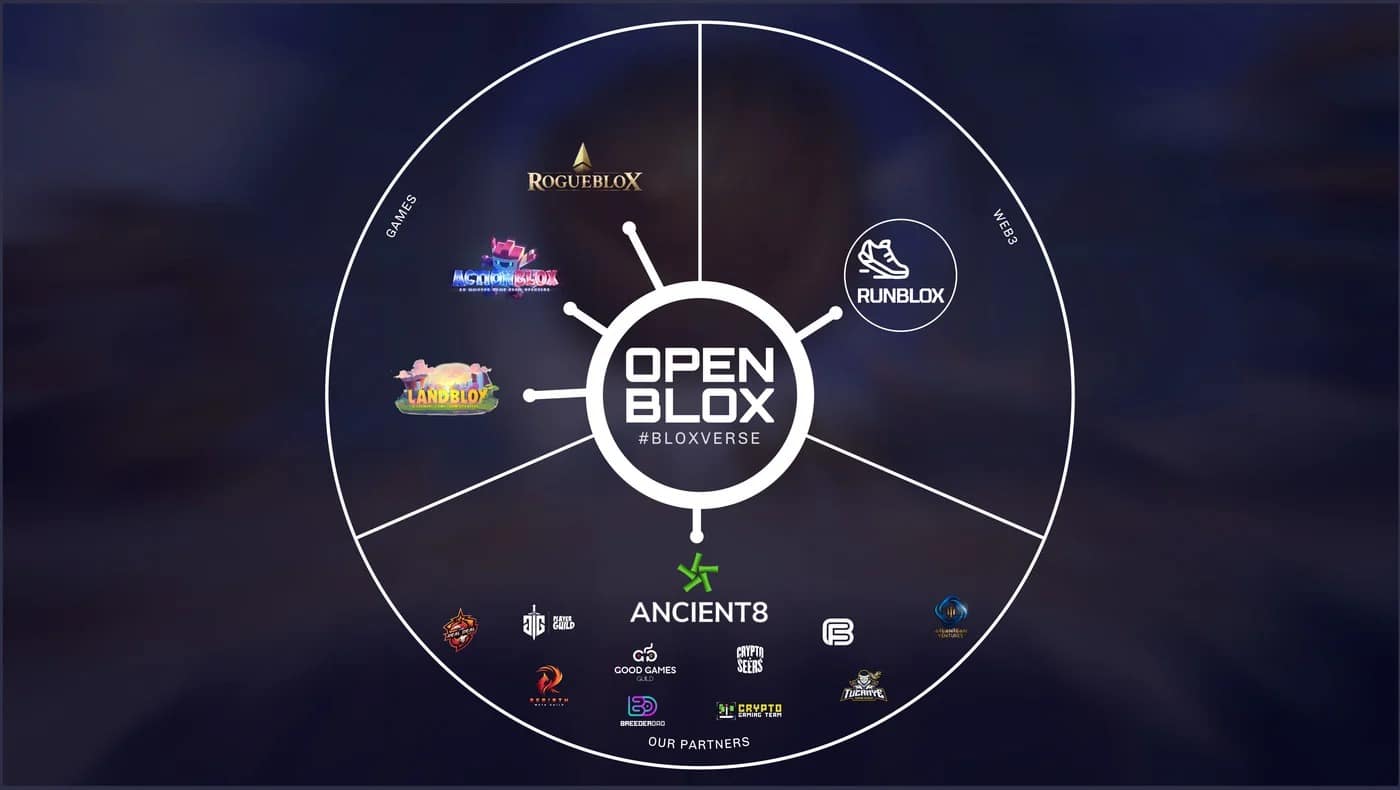 The project is supported by, among others, Japanese Yūsaku Maezawa, an entrepreneur ranked 14th richest man in Japan according to Forbes. Among his many activities, he has set up several companies, including Zozotown, the country’s largest online retailer.

But since then, the entrepreneur has decided to focus on the conquest of space and will participate in a flyby of the Moon aboard a SpaceX spacecraft, the company of Elon Musk.

OpenBlox is also backed by Blizzard, the Avalanche investment fund, which wants to support the organic growth of projects built on its blockchain. The OpenBlox blockchain gaming platform is also backed by Shima Capital, a fund specialising in Web3 projects founded by Wall Street veteran Yida Gao.

Note that OpenBlox has its own token. Called OBX, it was created on the launchpad of the ByBit platform and ensures the governance of the project while financing it, since it is used for the ecosystem’s transaction fees. In addition, players are rewarded in different ways depending on the number of OBX tokens in their possession

Runblox is a web-based fitness application3 already available on the App Store and Google Play that rewards users for their physical activity in the form of Move & Earn.

To use Runblox, nothing could be simpler: simply download the application on the mobile device of your choice, create a wallet and purchase a virtual shoe in AVAX, Avalanche’s token, directly on the application’s marketplace. No registration is required. 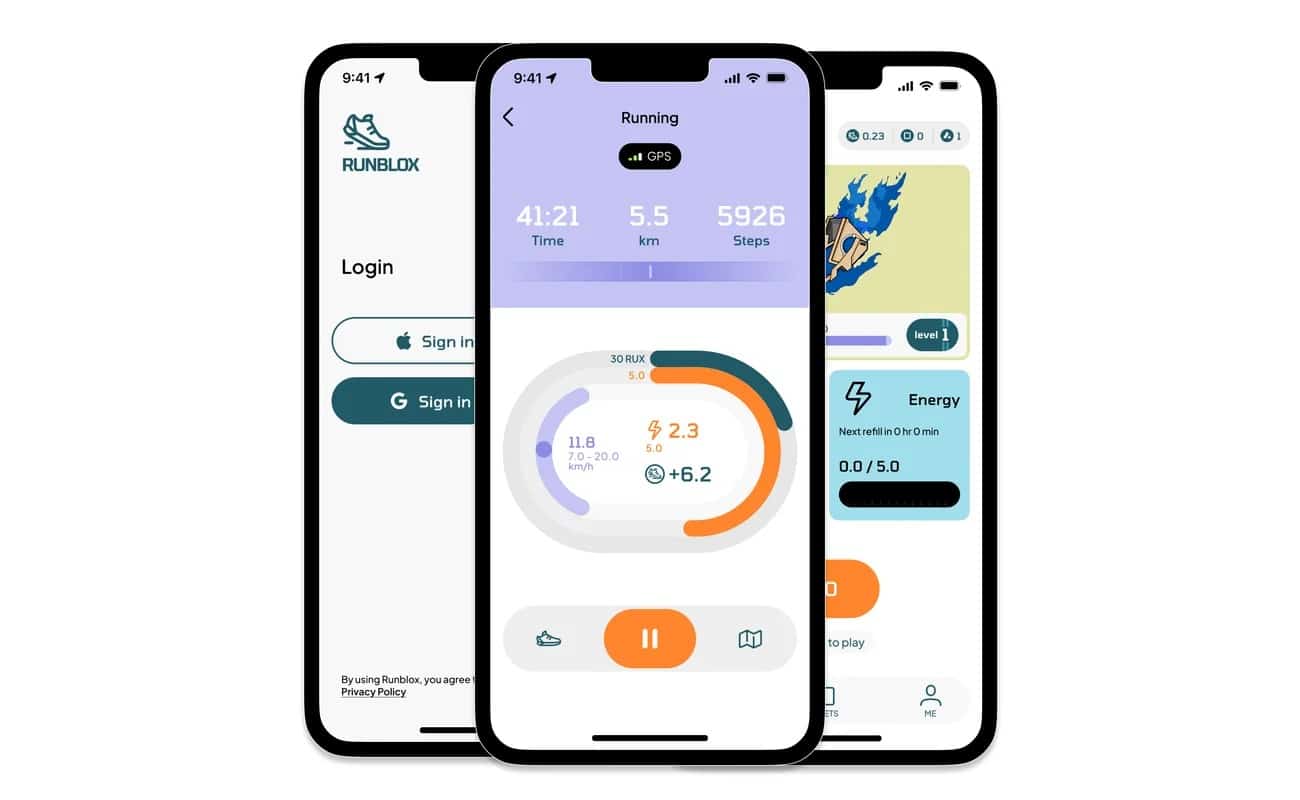 Shoes are divided into several categories: Walking, Jogging and Running. The choice of these will depend on your style of physical activity, as their categorisation corresponds to the walking or running speed required to earn rewards.

Each shoe has its own attributes, including attack, luck, speed and hit points. Attack allows you to earn more rewards by running, luck determines the percentage chance of winning LootBoxes and hit points affect the durability of the shoe.

These attributes can be increased as you gain levels on your shoes. To level up a shoe, you will need to use RUX tokens, which are earned by running. But that’s not all: it is also possible to mint a new pair of shoes by combining two pairs of at least level 5.

RunBlox, OpenBlox’s Move and Earn application, can already be enjoyed by downloading it from the App Store or Google Play. Continually updated, RunBlox has recently added the LootBox functionality, rewards obtained during each sports session classified by rarity.

Finally, RunBlox is continually developing new partnerships with high quality projects to add new possibilities and increase the value of LootBoxes, all by connecting the real and virtual worlds through physical activity.

As such, the app has entered into a strategic partnership with MZ Club and Arigato Bank, an app with over 7.5 million users, to promote RunBlox. 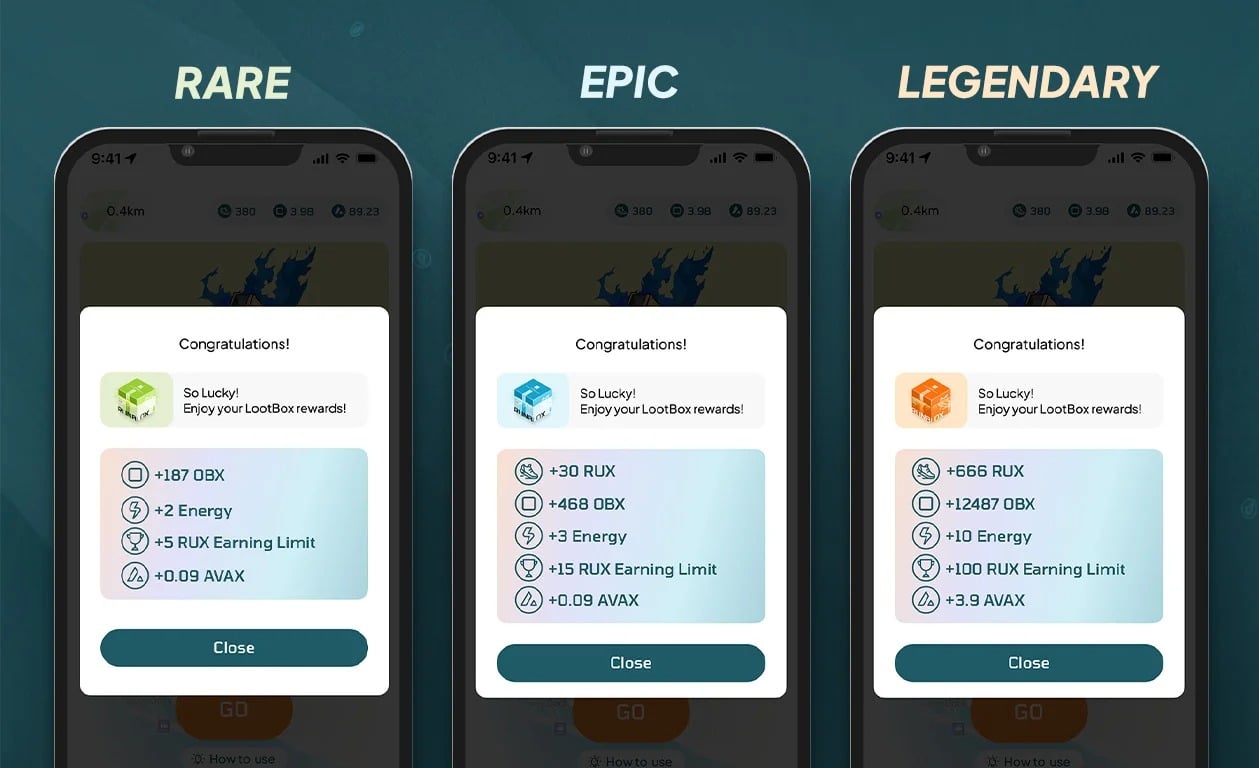 RunBlox is the balance between the fun of exercise and the rewards of cryptocurrencies, a great way to stay healthy!

The different games offered by OpenBlox

In August 2022, OpenBlox announced 3 new games to expand their universe: RogueBlox, ActionBlox and LandBlox. Let’s find out what they have to offer and how they interact with each other.

Currently in pre-alpha, RogueBlox will be the first OpenBlox game to be officially released. Here, you will have to explore various worlds to progress your Blox. 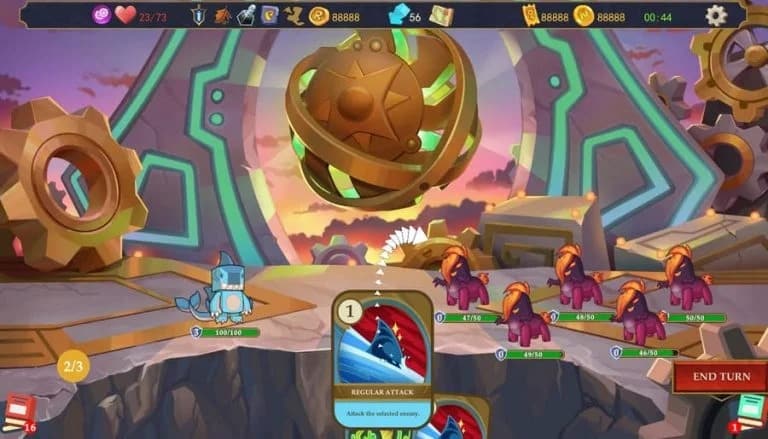 To begin, it will be necessary to purchase a Blox available for sale on OpenSea or on the OpenBlox marketplace. Then, each player will be given a basic deck in order to progress in RogueBlox.

The goal of the game is to use the various attack and defence cards available to defeat enemies in turn-based battles. The player must progress through RogueBlox in a campaign format with random events.

Naturally, the more a player fights, the more chance he has of getting new cards to advance. Progression becomes increasingly difficult and the strongest enemies can drop big rewards.

A true strategic game, RogueBlox will challenge your thinking and your ability to adapt. Of course, once you’ve advanced your Blox, you can sell it for a new one to vary your strategies!

ActionBlox is a multiplayer online role-playing game (MORPG). Here, cooperation with your allies will be the key to progressing and surviving in this unforgiving universe filled with magical creatures.

In ActionBlox, the goal is not to make the most money, but to make teamwork work for you. Guilds, friends and comrades in arms will be required to evolve in the magical world of OpenBlox.

The game is also scheduled for release in 2023 and more information will be revealed in the coming months.

LandBlox, the exploration and simulation

Pastures, cities, castles, forests, resources, battle and looting are all words that describe LandBlox, inspired by the popular survival game Don’t Starve, but this one takes advantage of the many possibilities offered by the Web3. 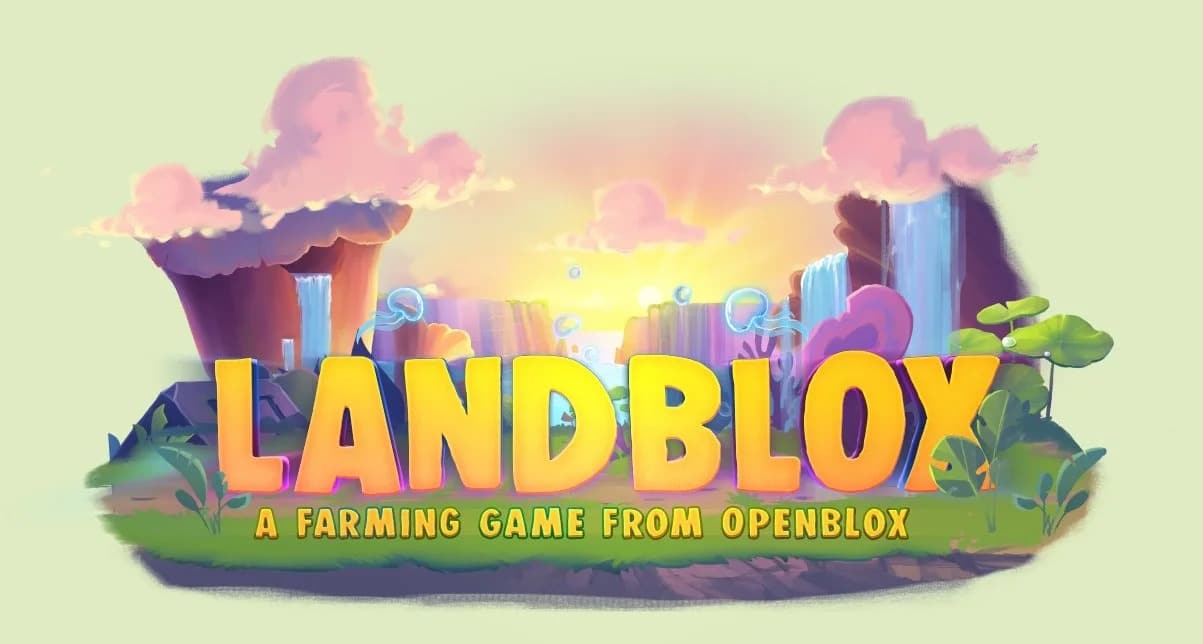 Here you will have to explore the many secrets of LandBlox to conquer new territories.

You will also be able to put your hours of RogueBlox play to good use by planting the seeds you have earned in RogueBlox through battle. Once these seeds have become fruit, you can choose to sell them on the OpenBlox marketplace or use them in other games to progress.

As you can see, the games offered by OpenBlox are complementary to each other and constitute a complete ecosystem.

LandBlox is still in development and is scheduled for release in 2023.

Overview and conclusion on the world of OpenBlox

The vast world of OpenBlox is still in its infancy, but looks promising given its comprehensive roadmap.

Where some Play to Earn games are rather repetitive, OpenBlox has chosen diversity with its multiple holistic games all linked thanks to Blox, these evolving NFTs with unique attributes and principles.

Benefiting from significant support, notably from Blizzard, the Avalanche fund, or Yūsaku Maezawa and Shima Capital, the project already seems to be seducing. Future high-profile partnerships should soon be concluded to reward the OpenBlox community.

Through its various games, OpenBlox presents a unique multigaming universe through the blockchain that will ensure a sustainable and complete system for all its new players.