Home » Bitcoin (BTC): Will China trigger the next bullrun?
Bitcoin 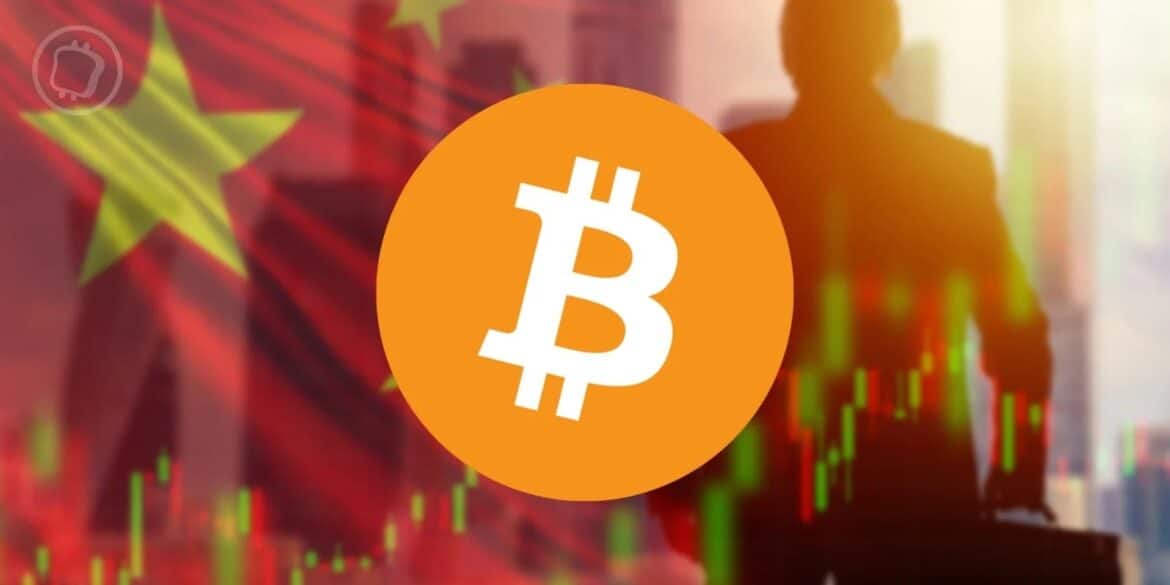 While the price of Bitcoin (BTC) is stagnant and its volatility over the last few months is lower than the main stock market indices, China could well participate in the rise of the Bitcoin price in the next few months. Explanations.

China and Bitcoin, I love you and I don’t love you

The history of bitcoin and China goes back to the collapse of the Mt.Gox platform in early 2014. Following the hacking and closure of the largest cryptocurrency exchange platform run by Mark Karpelès, most of the BTC trading volume shifted to Chinese platforms Huobi, BTC China and Okcoin.

Other platforms then emerged such as BitMEX, founded in Hong Kong, and Bitfinex. The latter, via its link with Tether (iFinex), allowed Chinese people to transfer dollars (with the stablecoin USDT) around the world without involving banks.

Chinese companies have been heavily involved in the development of products and services around Bitcoin and crypto-currencies whether in trading (margin trading, derivatives, futures) or in mining.

While China had all the cards in hand to be a major player in the cryptocurrency sector, the authorities decided to restrict their access and use:

Were these decisions motivated by the fear of capital flight from wealthy Chinese to Bitcoin and crypto-currencies as was the case from 2015 due to the devaluation of the yuan?

Xi Jinping, recently re-elected head of the Chinese Communist Party, could tax the richest more in the name of “common prosperity” and nationalise more economic sectors.

It is no coincidence that many wealthy Chinese families are seeking to open accounts and domiciles abroad, and Singapore is taking advantage of this.
Thus, it could be that when faced with the risk of having their bank transfers blocked, or the difficulty of transporting gold from one country to another, Bitcoin and crypto-currencies are the ideal instrument as it may have been in 2015.

The fact that Hong Kong is planning to legalise cryptocurrency trading for individuals could be the solution to keeping these wealthy Chinese in China’s economic and territorial space.

China is the second largest holder of US Treasuries after Japan. In fact, every month, China earns billions of dollars due to a surplus of exports over their imports and these dollars are transformed into US Treasury bills 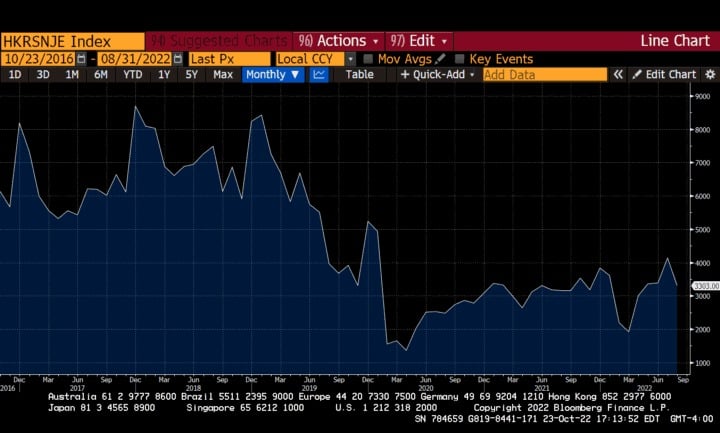 US Treasuries held by China in billions of dollars

This worries China, as its assets may be frozen by the US as was the case for Russia following the Ukraine attack. Yu Yongding, an economist and former adviser to the Chinese Communist Party said:
“We did not expect that the US would ever freeze a country’s foreign exchange reserves. This move has totally destroyed our confidence in the international monetary system. Now the question is: if the US stops playing by the rules, what can China do to ensure the safety of its foreign assets? We don’t have an answer yet, but we have to think about it very seriously. “

By the way, China has stopped buying US Treasuries, but what good will their dollars do? We have seen that, like Japan, China sells dollars massively to support its own currency. This is what has stopped the dollar from rising against other currencies.

As we saw in a previous article, Hong Kong is planning to reopen to cryptocurrencies. After ceding its place to Singapore as Asia’s leading financial centre, Hong Kong is following the opposite path of its competitor, which plans to further regulate cryptos.

This legalization could meet several objectives:

It would not be surprising to see China buying Bitcoin and other cryptocurrencies to diversify its assets. Moreover, the upside potential of Bitcoin is greater than that of the dollar and the Bitcoin network is not controlled by a central entity. However, this could be done through Hong Kong so as not to encourage its citizens to do the same with their yuan and destabilise their financial system.

Is Andre Cronje back? Rumours push Fantom’s MTF up by 25