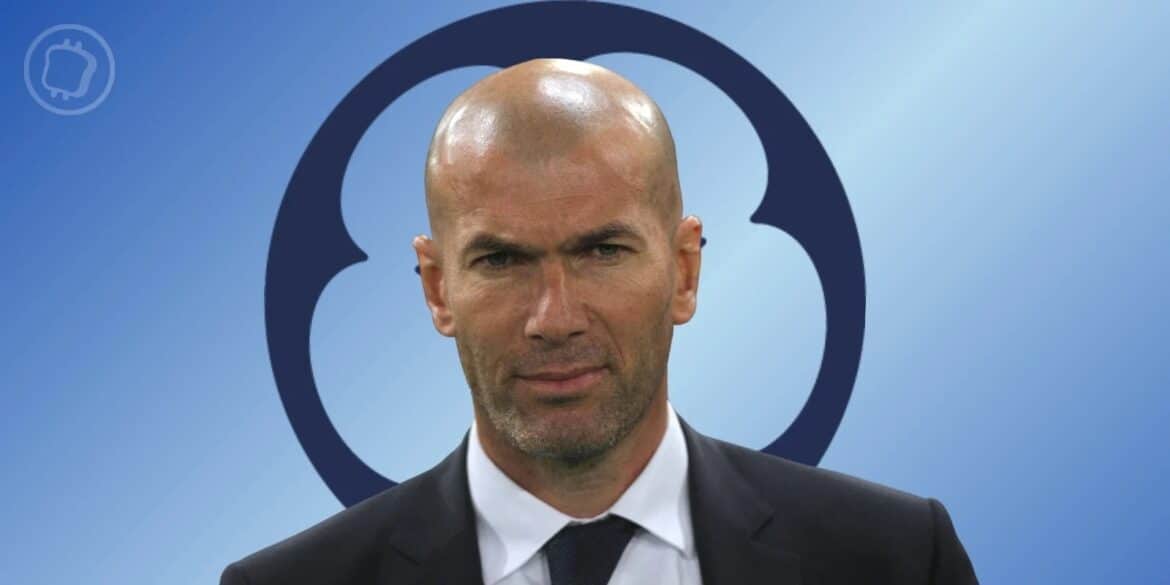 After Kylian Mbappé, Zinédine Zidane. The blockchain trading card game Sorare is showing its ever-growing capacity to attract football legends. Zizou has just signed a multi-year partnership with the company

Sorare announced the partnership with Zinédine Zidane in a series of tweets, published on the anniversary of the French team’s 1998 World Cup victory. To mark the occasion, the company revealed “legend” cards featuring the footballer at the match:

We’re proud to enter a multi-year partnership with football legend Zinedine Zidane to celebrate his career!

To mark this new partnership, we’re launching one of our most iconic Legend cards to date: Zizou’s ’98 France national team cards. OwnYourGame pic.twitter.com/l5sE49prww

To celebrate the launch, Sorare is giving away three ‘Zidane 98’ cards to users, who will be drawn on Twitter.

In the accompanying promotional clip, Zinédine Zidane points out that Sorare’s digital cards are a direct extension of the physical trading cards that were exchanged when he was a child:

Collecting stickers for us was a time, before a season or a World Cup, to get together with friends and say ‘I want this card’. The Sorare card today is digital, it has taken over from the vignettes we had back then. “

Sorare continues to grow in popularity

Sorare promises new announcements in this partnership with Zidane, dubbed “The player, the coach, the legend”. It’s been a great summer for the company, despite cryptocurrency prices falling drastically. At the end of June, we learned that another World Cup winner, Kylian Mbappé, had also signed a partnership with Sorare.

For Nicolas Julia, the co-founder of Sorare, the arrival of Zidane marks a step forward, as he confirmed to our colleagues at L’Indépendant :

I grew up watching Zidane win the World Cup for France in 1998. This partnership with one of the world’s greatest footballers is a dream come true for us. Our mission at Sorare is to connect and engage fans more with the beautiful game and Zidane shares this vision. “

1.8 million players all around the world, 250 partner football clubs and organisations: the success of Sorare is consistent, and shows that blockchain has found a niche by associating itself with the world of sport. Today, the company is the 4th most capitalised startup in France: it is worth more than 4 billion dollars.

Su Zhu, the co-founder of Three Arrows Capital (3AC), accuses his liquidators of not cooperating

dYdX trading platform to develop its blockchain on...

Alyra School: your training at the heart of...

Illicit transactions are exploding in the DeFi sector,...