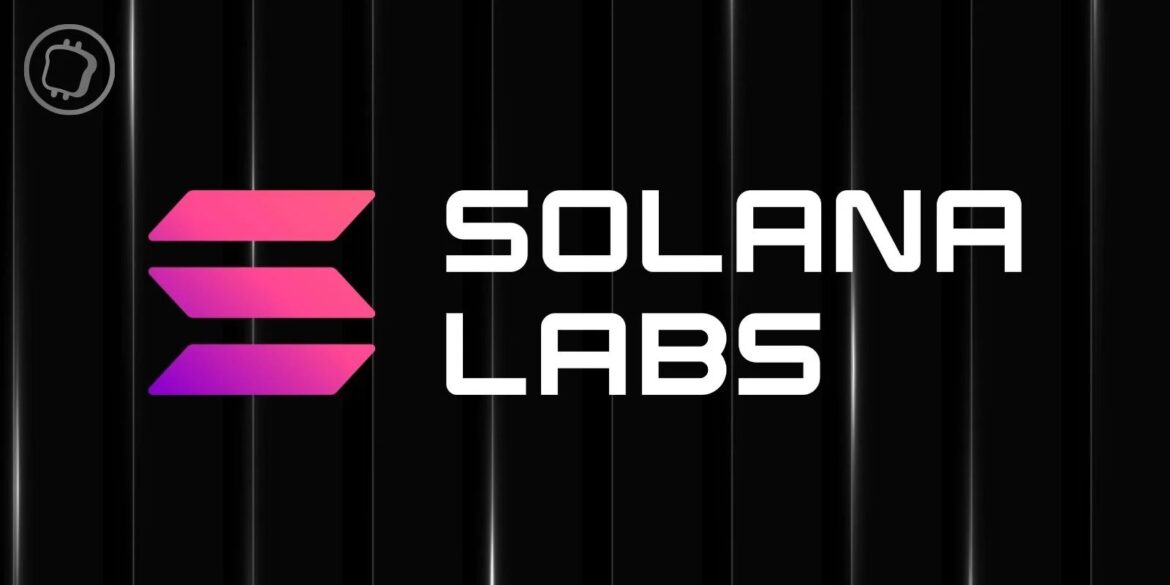 Solana Labs and several individuals and entities behind the project have been the subject of a class action lawsuit in the United States. The plaintiffs allege that the SOL is actually an unregistered financial security. Multicoin Capital is also accused of selling large quantities of SOLs while promoting them.

On Friday, a California court received a class action lawsuit against Solana Labs. This complaint also targets a whole series of actors. We find the Solana Foundation, Anatoly Yakovenko the co-founder of the blockchain, the institutional trading platform FalconX as well as Multicoin Capital and its co-founder Kyle Samani.

What these players are accused of is the marketing of unregistered securities. As we saw a few weeks ago with the complaint against Binance.US regarding the UST, the Howey test is also invoked in this case. The same law firm is defending the plaintiffs: Roche Freedman LLP.

The Howey test is a series of control points that establish that a financial asset is a security. By extension, the performance of that security depends on a company’s strategy, just like shares on the stock market. If these elements were true, the SOL would have had to be specifically registered with the Securities and Exchange Commission (SEC) in order to be offered on the US market.

Low decentralisation of SOL is blamed

Beyond a possible need to register the SOL, the complainants consider it too centralised. This is due to the fact that too many tokens were concentrated in too few hands.

For example, Multicoin Capital is accused of selling millions of dollars worth of SOLs over the counter (OTC) using the services of FalconX. It is also alleged that this took place at a time when the investment fund was heavily promoting the asset. This would have been to the detriment of retail investors.

Mark Young, who is representing the plaintiffs’ collective in court, believes that he has been wronged and is seeking compensation from Solana Labs and the various actors mentioned. Between August 19 and September 9, 2021, the latter purchased nearly $118,000 worth of SOLs.

Whether the SOL is a financial security can only be decided by the courts. On the other hand, we are entitled to question the reason for this complaint.

If we go back in time, we can see that Mark Young made his investments in one of the last phases of the bull run. At the time, much of the crypto community only had eyes for Solana, following the meteoric rise of his token: 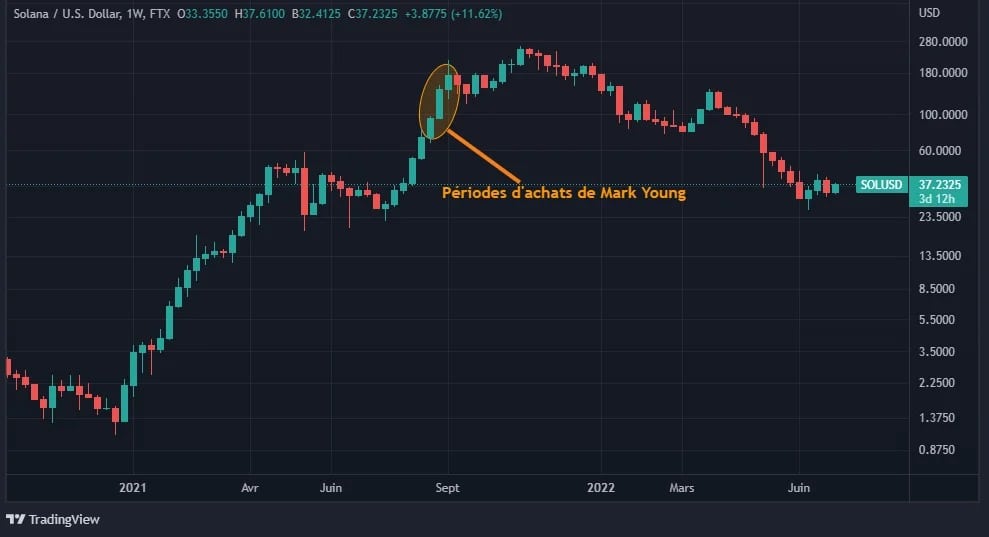 The time frame in which Mark Young made his investments

It should be noted that the first investors in the project were able to buy the SOL for pennies. When the SOL started to rise, it is understandable that these professionals took profits. To do otherwise would have been a major management error.

It is of course very unfortunate that investors have lost money, whatever the amount, since the end of the bull run. But this is unfortunately the lot of the financial markets. That is why it is important to be well informed and to be able to invest, in all independence, only amounts that you are ready to lose.