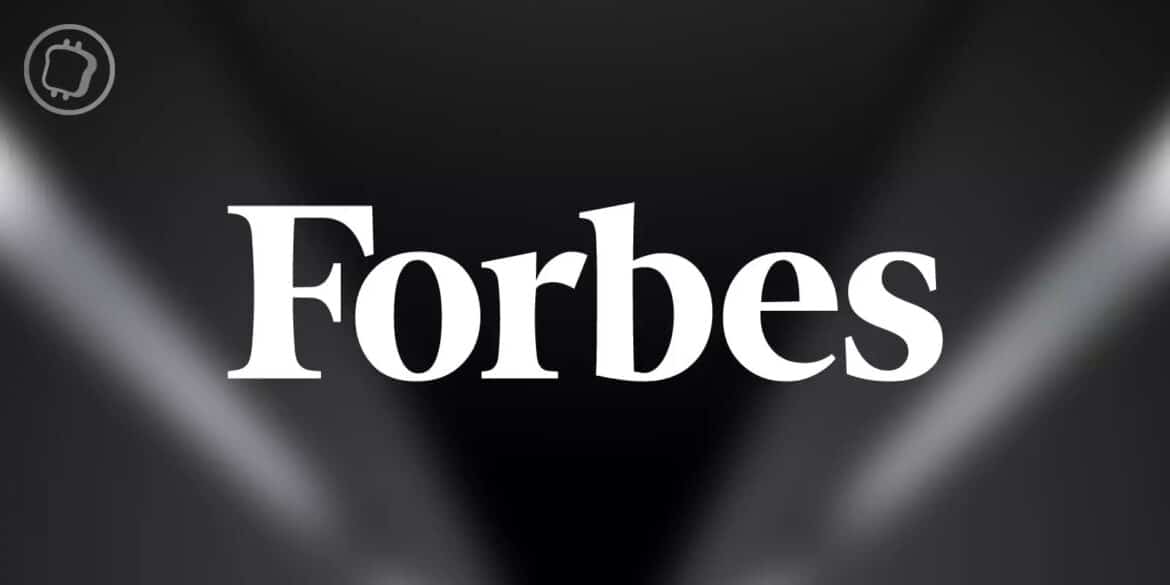 Famous ranking magazine Forbes has taken a look back at the biggest fortunes in the cryptocurrency ecosystem that lost the most in 2022. Out of 17 personalities studied, this financial devaluation is estimated at $116 billion.

While the downturn has particularly dominated almost all of 2022 for the cryptocurrency ecosystem, the renowned Forbes magazine has published a survey in which it looks back at the leaders of the ecosystem who have seen their fortunes melt away.

Out of 17 personalities studied, the losses amount, according to the magazine’s calculations, to $116 billion.

Naturally, Sam Bankman-Fried (SBF) figures in the ranking. Forbes recalls that the “billionaire” started the year with a bang, after raising $400 million for FTX. We know what happened next: caught up in his fraudulent practices, SBF saw his $24 billion simply wiped out, even though most of it was valued in FTT tokens.

But the biggest financial loss is attributed to Changpeng Zhao (CZ), the CEO and founder of Binance. His fortune is estimated to have fallen from $65 billion to $4.5 billion. Forbes bases this conclusion on the fact that CZ owns 70% of Binance, and that the drop in the exchange’s valuation has mechanically reduced his wealth.

Interestingly, last February we learned that Binance was to invest $200 million in Forbes, with a view to an IPO of the media. However, this deal was terminated a few months later after Forbes’ merger with SPAC Magnum Opus Acquisition was called off.

Other notable losses in the ranking

While Changpeng Zhao and Sam Bankman-Fried occupy the top two spots, there are other notable figures in this ranking. For example, Brian Armstrong, the CEO of Coinbase, has seen his fortune rise from an estimated $6 billion to $1.5 billion. Gary Wang, one of the co-founders of FTX, is also taking a loss of $5.9 billion: 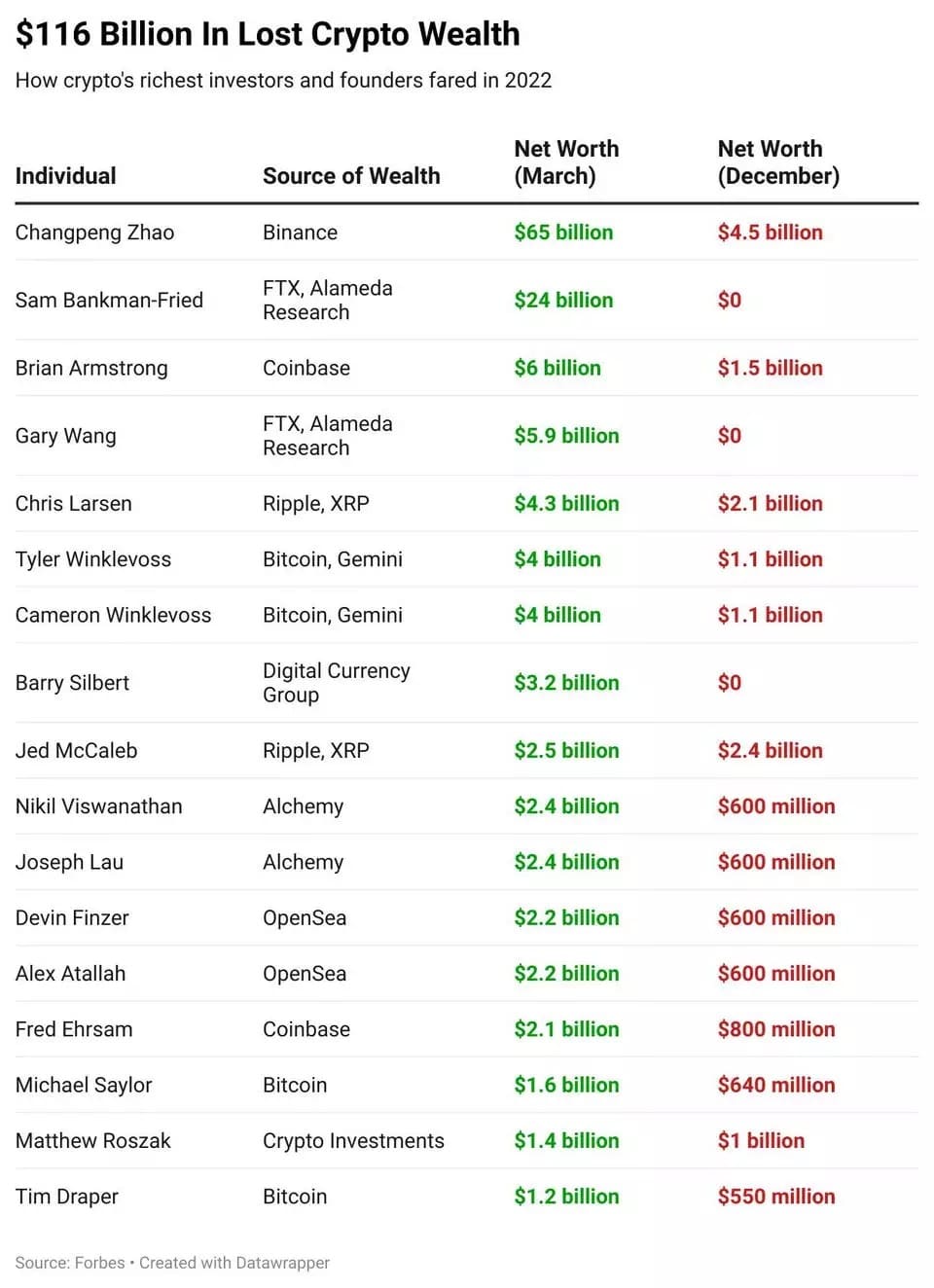 Financial losses of cryptocurrency ecosystem leaders according to Forbes

In this ranking, we can also note the presence of twins Tyler and Cameron Winklevoss, at the head of the Gemini exchange, who are each cashing in on a $2.9 billion devaluation. As a result of the contagion effect of the FTX affair, Gemini has suffered a liquidity crisis that has led to the suspension of withdrawals for its “Earn” product, which has not yet been resolved.

Michael Saylor, who has also been in the news a lot this year with MicroStrategy’s investments in Bitcoin (BTC), is in fifteenth place in the ranking.

While this ranking gives a general idea of the losses incurred by the main figures in the ecosystem, it does have some limitations. Forbes only takes into account the shareholdings of these leaders in their respective companies. An accurate measure would need to account for all of each person’s personal wealth, which is not necessarily easy to do.

Polar cold in the US: Bitcoin (BTC) hashrate hits 2022 low