Polar cold in the US: Bitcoin (BTC) hashrate hits 2022 low 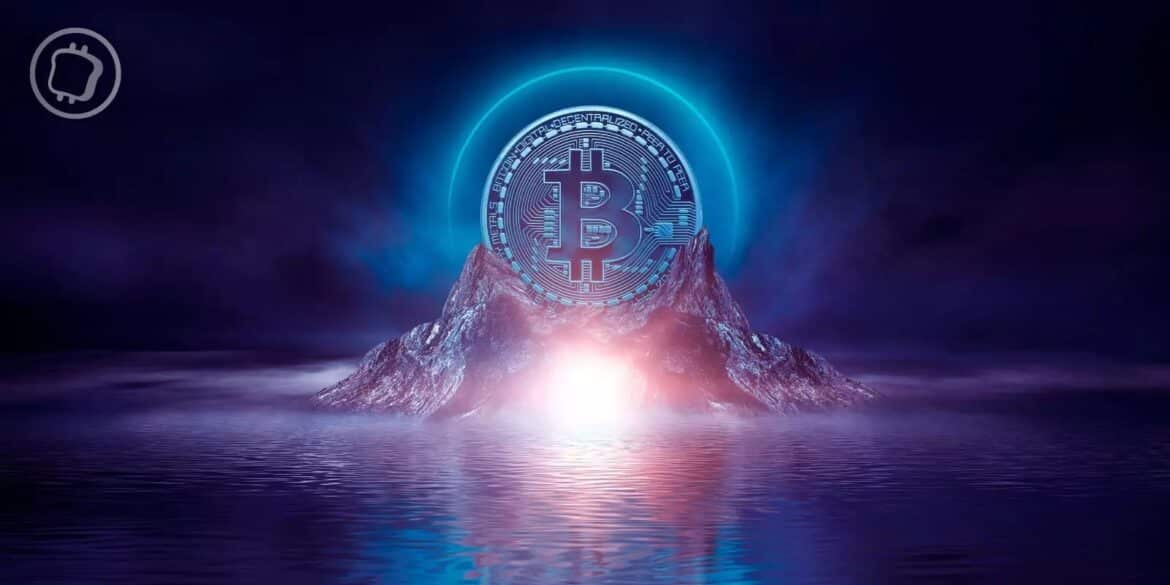 US-based Bitcoin (BTC) miners have not been spared the polar cold of the last few days. Indeed, many mining firms have had to shut down their production sites, which has directly lowered the network’s hashrate, causing a momentary increase in the time it takes to finalise a block

The cold storm that has been raging in the United States since last Thursday, which has left more than 300,000 Canadian and American homes without power, will also have impacted Bitcoin (BTC) miners.

While more than 70 percent of the US population was affected by winter weather warnings with freezing temperatures reaching -40°C in Canada and up to -30°C in the US, North America was buried under snow and saw most of its electrical installations weakened.

As a result, BTC miners had to adjust their use of the power grid in some states, including Texas, where temperatures fell well below normal seasonal averages. As Texas is the second largest state in the US in terms of hashrate, with 11.2% of the overall share, behind Georgia which alone produces 30.8% of the latter, many miners found themselves forced to at least partially shut down their activity.

For example, Riot Blockchain took the initiative to temporarily shut down its facility in the town of Rockdale, and Compass Mining announced on Friday that only one of its mining sites was still in operation. Two other mining companies, Genesis Digital Assets and Rhodium, said they were temporarily suspending 99% of their operations.

On a broader scale, US miners hold the majority of the world’s hashrate, with 40% of the computing power needed to create blocks on the Bitcoin network.

What impact on the network hashrate?

With the US now holding the majority of the world’s hashrate following the massive reduction in Bitcoin mining activity in China, these decisions have not been without consequences. Indeed, the Bitcoin hashrate hit a 12-month low on December 24, dropping from 252.98 EH/s on December 21 to just 156.36 EH/s on Christmas Eve. 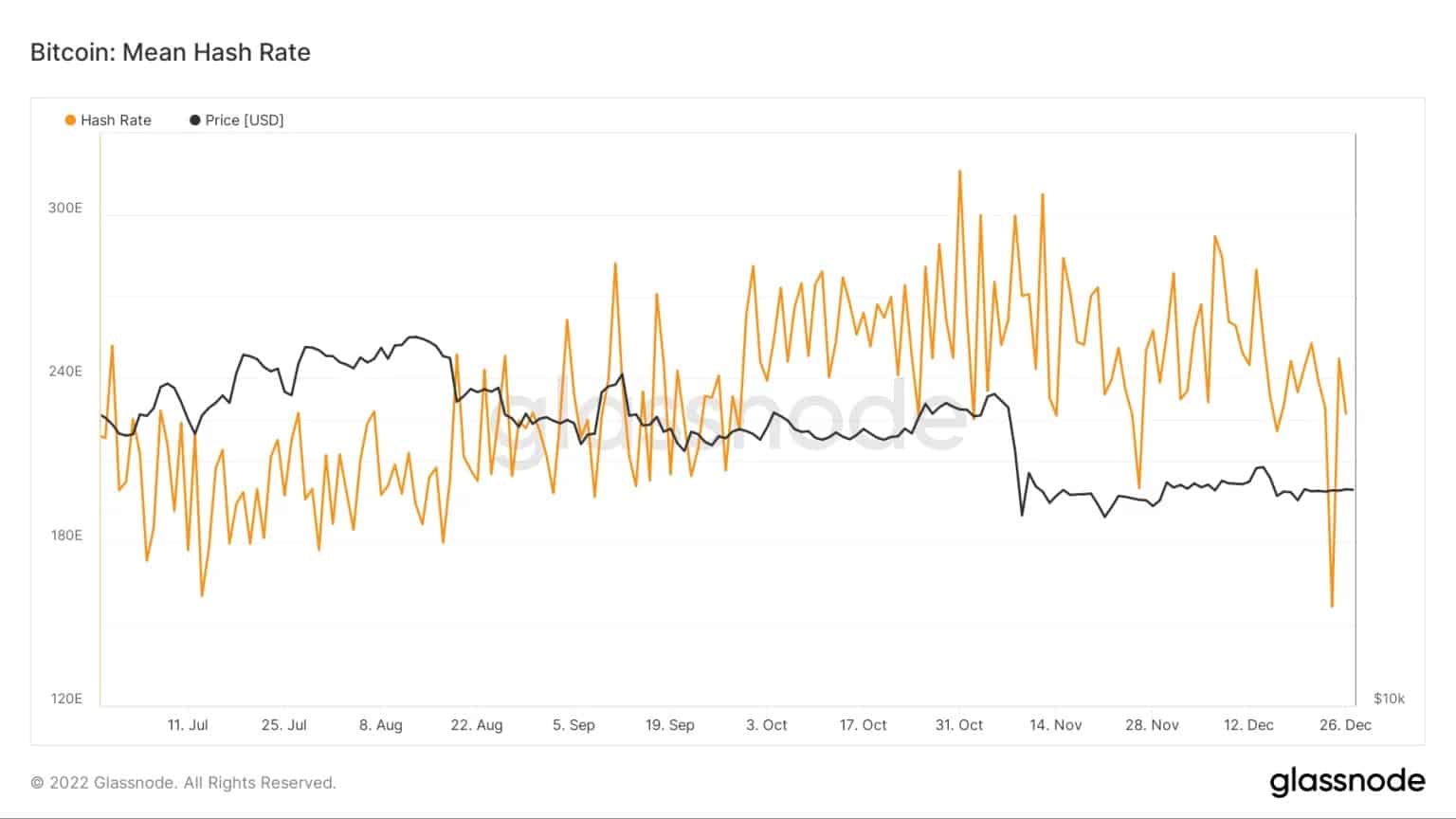 Since the time it takes to create a block is inherent in the network’s hashrate, the hashrate was also hit hard this weekend. As a result, on December 24, the time to complete a block exceeded 16 minutes – the first time this has happened since July 2021.

Block completion time for the year 2022

Although such situations remain sporadic, they demonstrate how dependent Bitcoin miners are on the power grid and how crucial it is that the computing power needed to keep the network running is geographically dispersed, as miner Denis Rusinovich pointed out:

Bitcoin miners will need to be meteorologist nowdays as well.
Severe winter weather in North America impacted the biggest mining pool Foundry with approx 20 EH being switched off.
Another confirmation that bitcoin’s geographical diversification is vital! pic.twitter.com/snk36JX0w1

” Bitcoin miners today will also have to be weathermen. Severe winter weather in North America has impacted the largest Foundry mining pool, with around 20 EH deactivated. Further confirmation that geographical diversification of bitcoin is vital!”