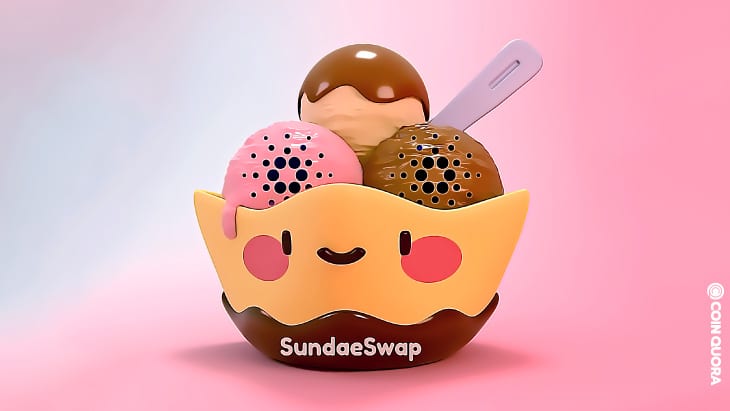 After many years of development, the first projects are arriving on Cardano, including the much anticipated SundaeSwap. This seems to carry the price of ADA, which progresses strongly on the week.

SundaeSwap and other projects arrive on Cardano

SundaeSwap is a decentralised exchange (DEX) particularly awaited on Cardano. It has just announced the launch of its mainnet on January 20th, and this seems to have triggered a wave of enthusiasm for the blockchain.

The moment we’ve all been waiting for has finally come!

We’re excited and proud to share that SundaeSwap and the ISO will be launching on the evening of Thursday, January 20th (EST)!

The beta version of DEX will be offered in a fully functional way, although full decentralisation of governance is not yet possible, due to the current limitations of Cardano.

Other decentralised finance protocols (DeFi) have also announced their launch on the blockchain, including VyFinance (VYFI). The first ever Metaverse virtual world has also arrived at Cardano: Pavia.io.

Decentralised applications (dApps) are therefore starting to be launched on Cardano, which has been struggling to show its projects until now, in the face of long-toothed competitors. In what seems to be a direct consequence, the price of its native cryptocurrency, ADA, has surged in recent days.

ADA’s share price has just broken through overnight, gaining 10% in the space of a few hours. It is once again above the symbolic threshold of $1.50: 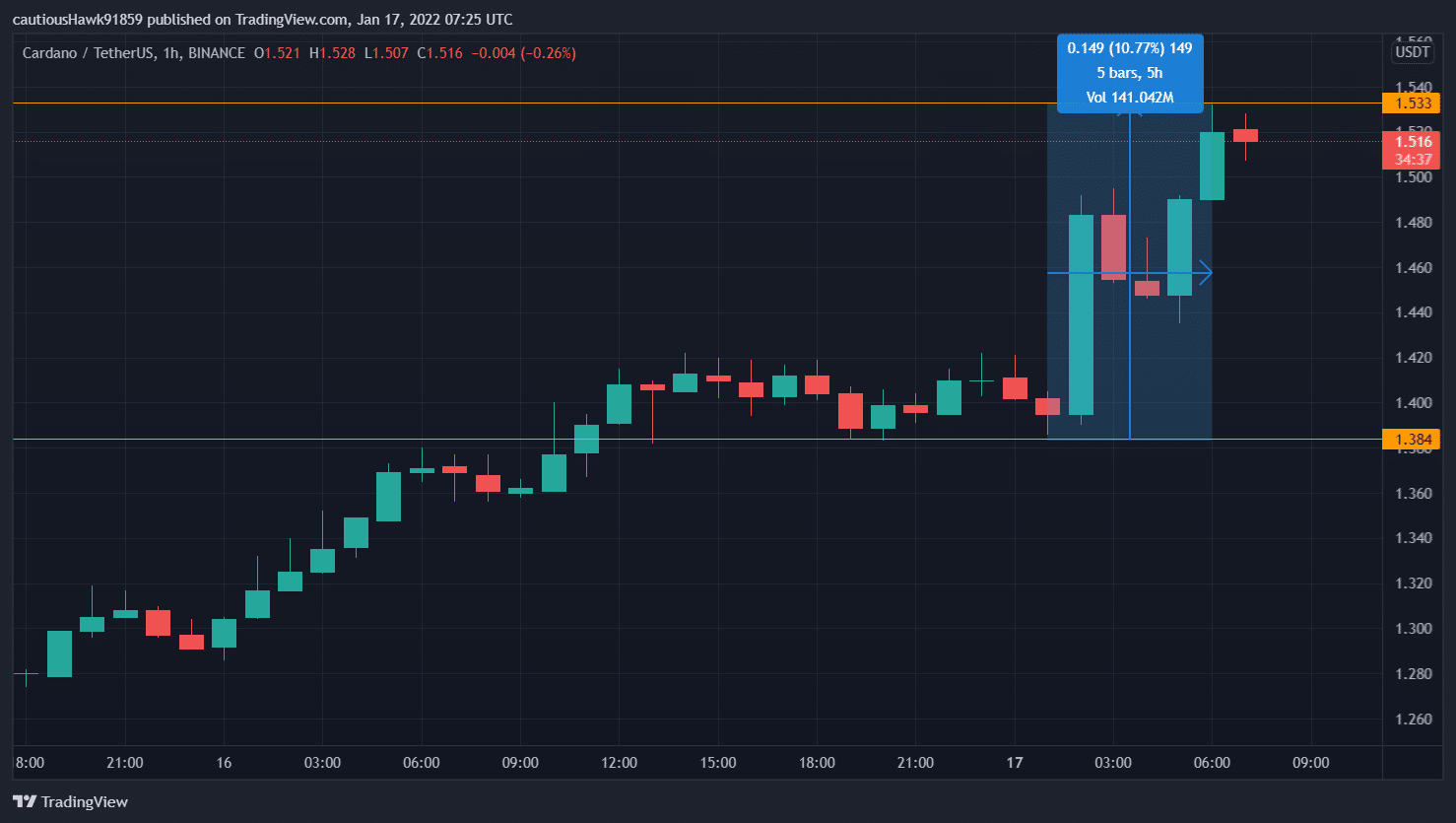 Over the past seven days, ADA has jumped +29%. For comparison, the Ether (ETH) is up only +4% over the same period, and Solana’s SOL is alive at +2%. This pushes ADA up to fifth place in the ranking of most capitalised cryptocurrencies. Its market cap currently exceeds $48 billion.

Will the Cardano project continue to generate enthusiasm? In recent months, there has been a certain decline in favour of competing blockchains among the “Ethereum killers”. It remains to be seen whether it will be able to consolidate its ecosystem to create a real alternative

Mike Tyson reveals he is “all-in” on Solana (SOL)