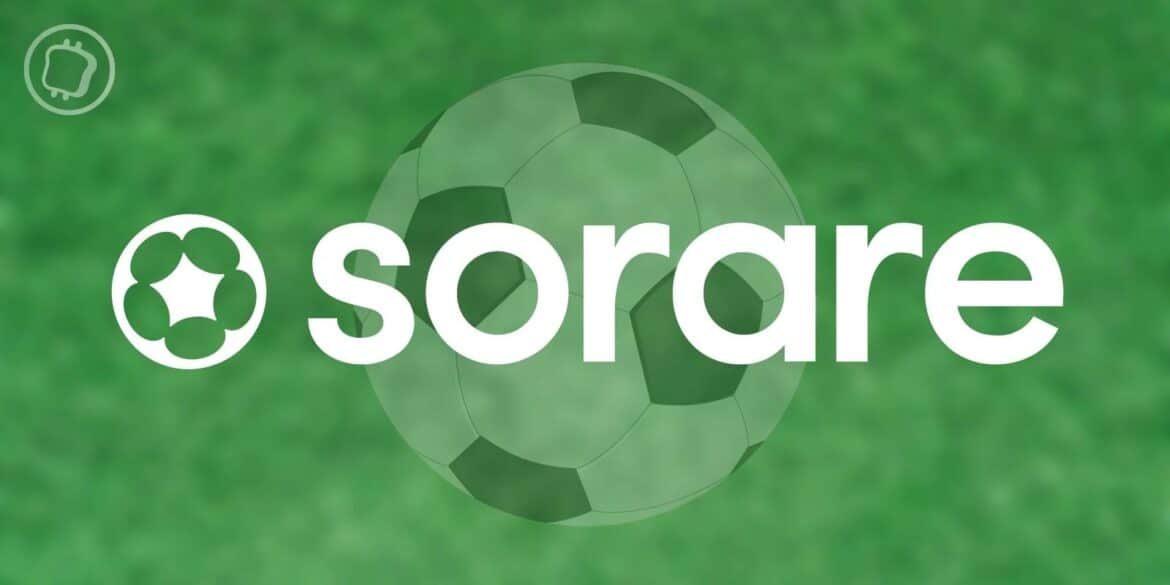 The blockchain game Sorare enriches its experience with a new partnership involving 11 Ligue 2 clubs from the 2022-2023 season. More generally, the platform intends to open up to the various second divisions of football

League 2 is coming to Sorare

The popular fantasy football blockchain game Sorare continues to expand with new partnerships with 11 Ligue 2 clubs. From the 2022-2023 season, users of the platform will be able to compose with the cards of players playing in the following clubs: Amiens, Bastia, Girondins de Bordeaux, Dijon, Caen, Rodez, Guingamp, Valenciennes, Sochaux, Grenoble and Paris FC.

Eventually, Sorare aims to become a partner of all Ligue 2 clubs.

Thibaut Predhomme, Sorare’s director of practice, believes that this diversification will allow the most passionate to dig for future champions:

We are very happy that these L2 clubs have decided to join forces with Sorare. Sorare’s mission is to connect football fans with their passion for the game, and we know that scouting is a very important part of the collector’s experience. With a dozen players from the 2018 World Cup-winning French team starting in L2, it was essential to allow our users to be able to collect these cards. “

On the other hand, Sorare announced that it has increased the “Limited” rewards by about 20%.

An opening to second division clubs

Beyond League Two, players from other second divisions of football can now be lined up for a Game Week. This is the case for the German, Spanish, Italian and English leagues.

Also, starting Game Week 300, players in the following leagues will be scored in Sorare: Football

Following this announcement, we can note that a “controversy” has arisen on Twitter. Some users are talking about a supposed insider trading in which several accounts would have bought cards concerned by this news, shortly before the announcement.

However, there is no way to say for sure. Sorare is in regular contact with the regulators, and if such a case were to be proven, the company would no doubt take the necessary measures.

Let’s not forget that some “secrets” are not really secrets when you know where to look. For the various crypto projects, the governance forums are often a mine of information. In sports, fans of the various teams know how quickly news can spread. This is especially true in medium-sized cities where the various club sponsors, well aware of the different partnerships, are easily accessible.

In any case, this new line of development offers Sorare opportunities that will also benefit the partner clubs, as Thibaut Predhomme points out:

When the founders launched this product, they also wanted to help develop new global fanbases for lesser-known clubs and help them develop new sources of revenue to invest in youth training, equipment, etc. “

Finally, these agreements should allow Sorare’s two million users to enrich their experience of the game.