Home » Solana Summer Shandy: the beer with over 40 Web3 and NFTs references
Solana 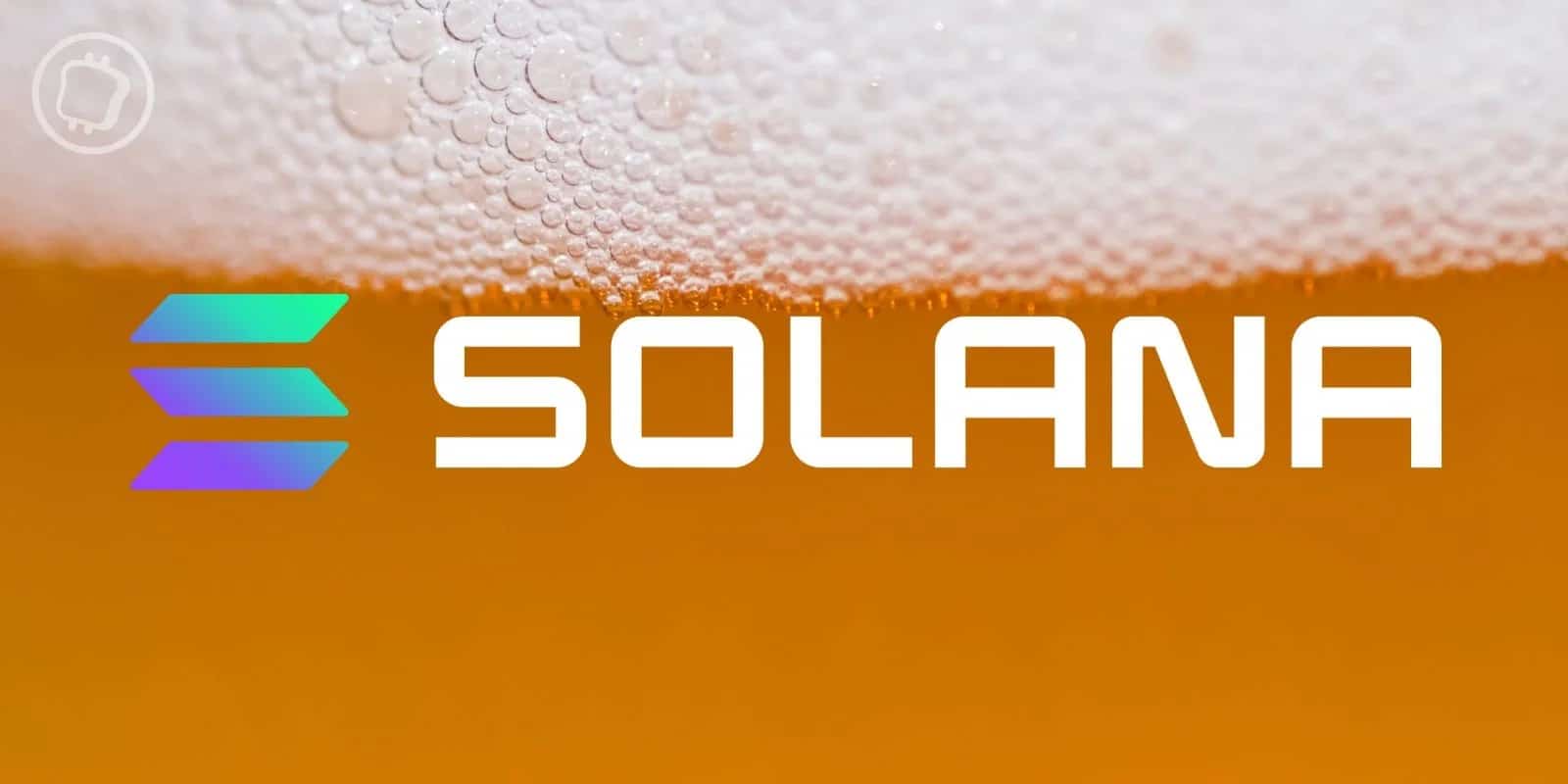 After the phones and the mall shop, there is now a beer themed on the Solana ecosystem (SOL). The barrelDAO teams have actually brewed beers, with the visuals on the cans paying homage to various NFTs collections and Web3 projects of this blockchain.

A beer themed to the Solana ecosystem (SOL)

The barrelDAO project has launched a beer paying tribute to the Solana ecosystem. The Solana Summer Shandy, flavoured with lemonade, is packaged in a can and contains more than forty references to non-fungible token collections (NFT) or to the crypto universe in general.

We will find for example representations of the Okay Bears or the Degenerate Apes :

Secondary markets on Magic Eden if you miss out on the initial drop pic.twitter.com/qO86liYMwV

A total of 333 packs of 16 cans were sold as an NFT receipt for delivery in the US, UK or Australia. The initial mint price was 1.35 SOL.

These NFTs can be obtained on the Magic Eden marketplace via the secondary market. This trading period will last for a total of 15 days, with the countdown starting on Monday 29 August:

specifically, products are tokenized as ‘BarrelDAO receipts’ – allowing them to be traded on @MagicEden

we are experimenting with Redeemable Commerce

In addition to the beers, it is also possible to buy only the visual of these cans, at the price of 0.69 SOL.

Of course, there are various intellectual property issues surrounding the elements depicted on this beer can.

The barrelDAO teams have taken this into consideration:

” More than 40 communities, protocols and individuals are featured in this illustration. We want to establish fair standards for the commercial use of intellectual property in Web3. Every NFT in this image is owned by us or is authorised by the owner to be used.

Note, however, that while there are also smartphones or a Solana shop, the initiative presented here is not dependent on Solana Labs.

A real brewery in Web3 version

As for barrelDAO, the project defines itself as “a community run brewery and distillery”.

This might lead one to believe that the project teams brew their own beer. In fact, the can reads “brewed by Barrel Labs in Santa Monica, California”. This is in fact what is known as contract brewing. This allows a brewer to produce beers under a white label for another company.

In this case, Barrel Labs operates the Eliqs trademark, which allows them to customise their beers. The same company was asked earlier this year to produce a series of three different styles in the colours of the NFTs Degenerate Ape Academy collection:

Despite this, this initiative remains quite original and a beer on the theme of the Solana ecosystem, allows to give a tangible aspect, in real life, to different Web 3.0 projects.