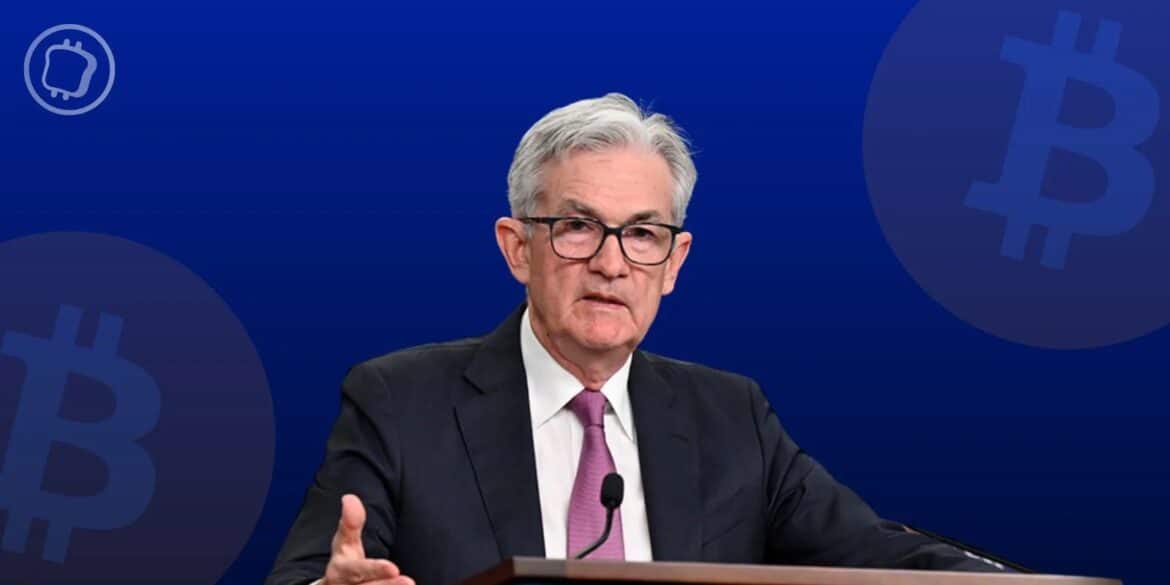 During his speech in Jackson Hole on Friday, FED Chairman Jerome Powell gave a speech that sent Bitcoin and other cryptocurrencies lower. Indeed, the current period of high inflation and the need to combat it are not factors conducive to the rise of risky assets.

On the sidelines of the Jackson Hole Economic Symposium in the US state of Wyoming, US Federal Reserve Chairman Jerome Powell gave a pessimistic speech that sent the price of Bitcoin (BTC) lower.

The conference brings together representatives of various central banks from around the world every summer, and inflation was clearly at the heart of the discussions this year. So, during his speech on Friday at 4pm Paris time, Jerome Powell used words that carry a lot of meaning:

While higher interest rates, slower growth and looser labour market conditions will reduce inflation, they will also cause hardship for households and businesses. These are the unfortunate costs of reducing inflation. But a failure to restore price stability would mean much greater pain. “

So, he says, a return to the 2% annual target will take time and require sacrifice. This is what is driving the FED to adopt a so-called hawkish policy which, unlike a dovish policy, sees interest rates rise.

Such a statement by Jerome Powell did not bode well for risky assets and, by extension, for Bitcoin. At the time of writing, the price of BTC has conceded more than 7% in nearly 24 hours, as shown in the hourly chart below: 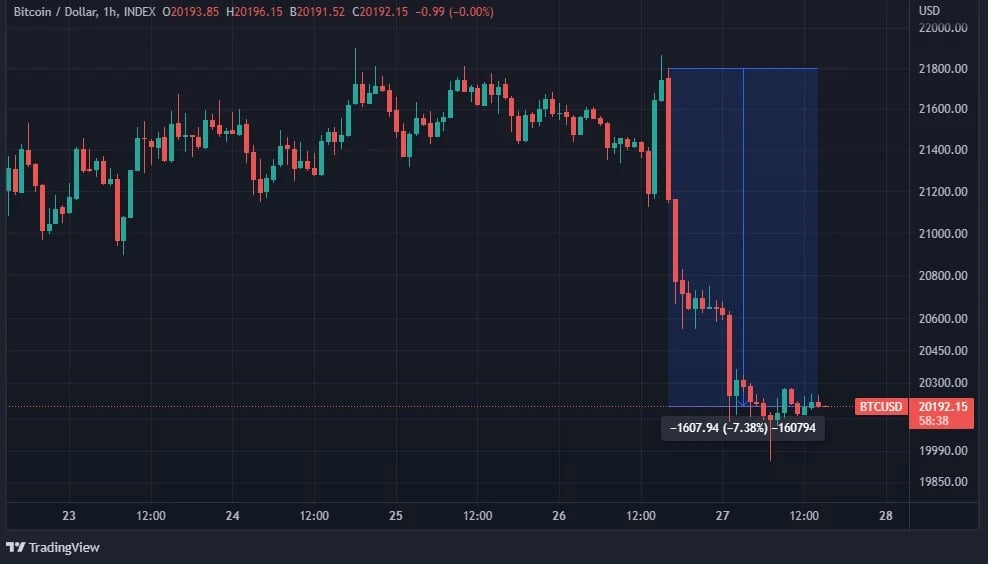 Where we are going to be longer than we expected

Jerome Powell insisted that the restrictive policy will be maintained as long as the inflation curve is not broken. Currently, the interest rate in the US is 2.5% and it may well rise in the future, although this decision is not yet made:

Our decision at the September meeting will depend on the totality of the incoming data and the evolution of the outlook. At some point, as the stance of monetary policy tightens further, it will likely become appropriate to slow the pace of increases. “

On our private Grille-Pain group, financial analyst Vincent Ganne returned in his daily intervention to energy sector inflation. Electricity prices could indeed play a crucial role in the coming winter. He stressed that although the situation is clearly not promising, nothing is ever certain :

The worst case scenario is not automatic for the autumn and winter. It’s so consensual, everyone is saying the world is ending this winter and you know the market’s ability to be contrarian. “

That’s the difficulty of this period: the data is negative, that’s a fact. That doesn’t necessarily argue for a rise in the Bitcoin price. But the past has also shown some nice surprises when you don’t expect them. So these elements force us to have a clear and well-defined plan in order not to let the market undermine our morale on a daily basis.