Luna Foundation Guard paid $2.8 billion to try to save UST 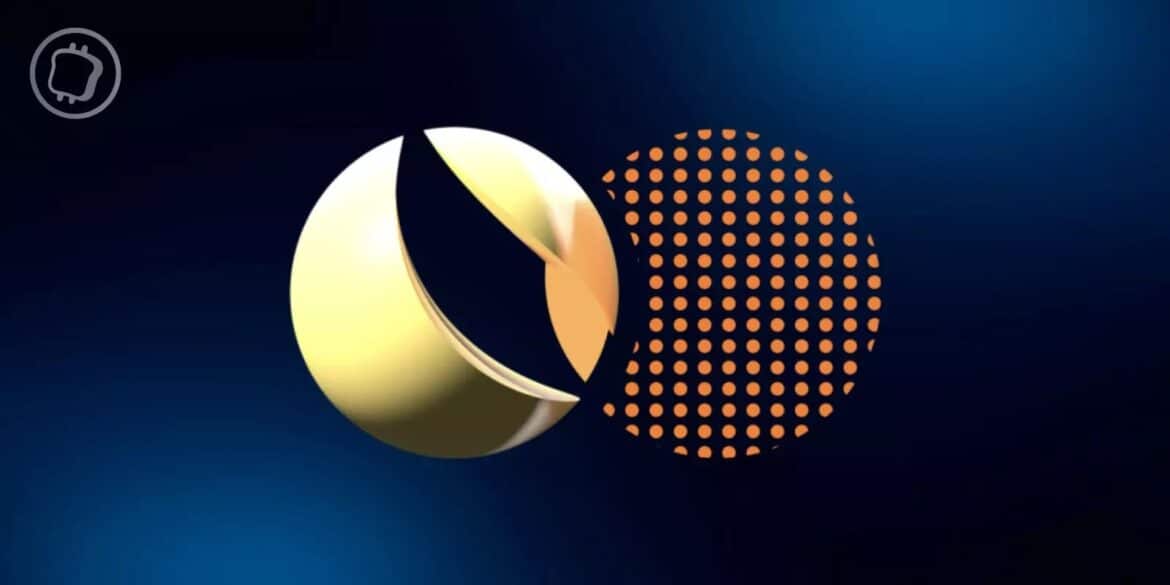 International consulting firm JS Held has released an audit that claims that Luna Foundation Guard spent more than $2.8 billion of its own reserves in an unsuccessful attempt to revive the UST. Terraform Labs, under the leadership of Do Kwon, had also invested $613 million of its own money.

Terra had indeed tried to save UST

Many months after this difficult event that signalled the start of the crypto winter, an auditing firm released a detailed 16-page document proving that the Luna Foundation Guard had indeed tried to save UST and LUNA.

To provide some context, UST was an algorithmic stablecoin pegged to the dollar exchange rate and maintained by the LUNA cryptocurrency via an arbitrage system. Unfortunately, things got complicated and the 2 cryptocurrencies went into a downward spiral following a massive sell-off in LUNA, and their respective prices collapsed within days.

Although things were difficult to assess from an outsider’s perspective at the time, Terra’s founder Do Kwon spoke out at the time to reassure investors, notably through his tweet, which has since become a meme, that he was “deploying capital”: 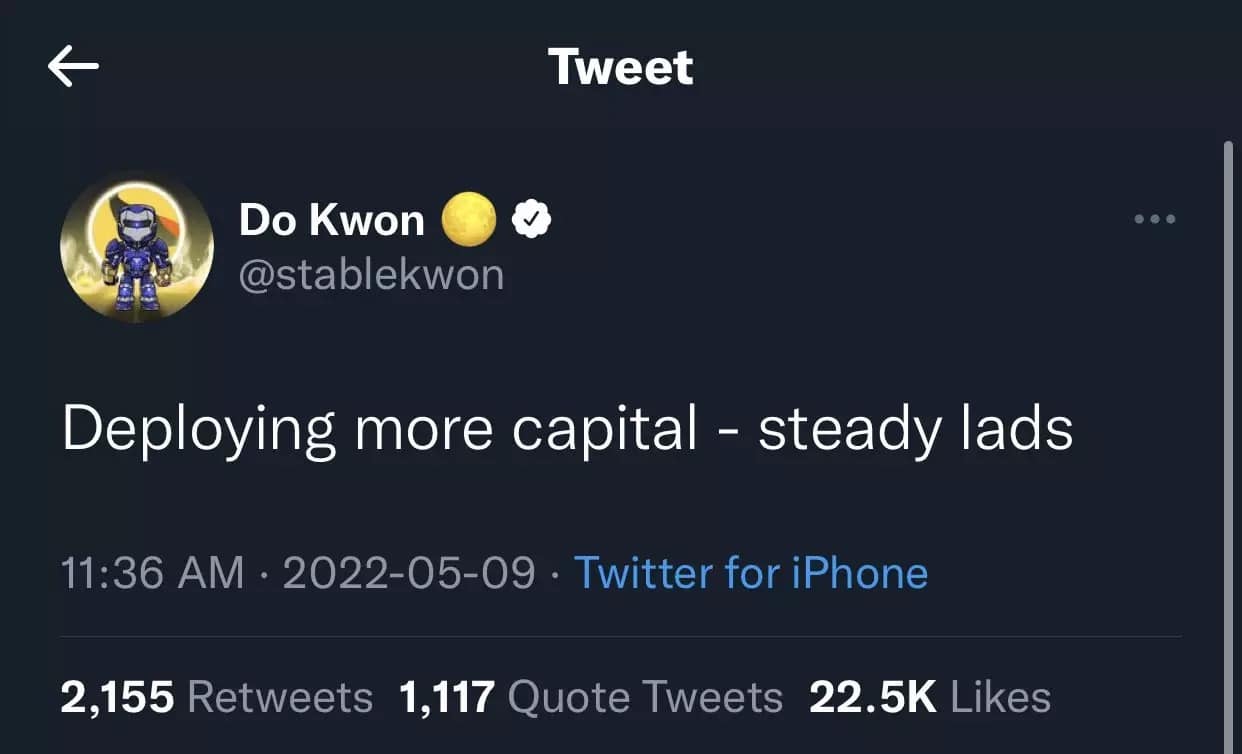 Well, now we know that the Luna Foundation Guard, the non-profit corporation responsible for maintaining the UST price, had indeed tried to save the UST price by contributing $2.8 billion of its own reserves, as the audit by JS Held shows us.

The $2.8 billion consisted of 80,081 units of Bitcoin (BTC) and $49.8 million in stablecoins (USDT and USDC). In addition to Luna Foundation Guard, Terraform Labs, under the leadership of Do Kwon, also attempted to put out the fire by deploying $613 million of its own reserves. 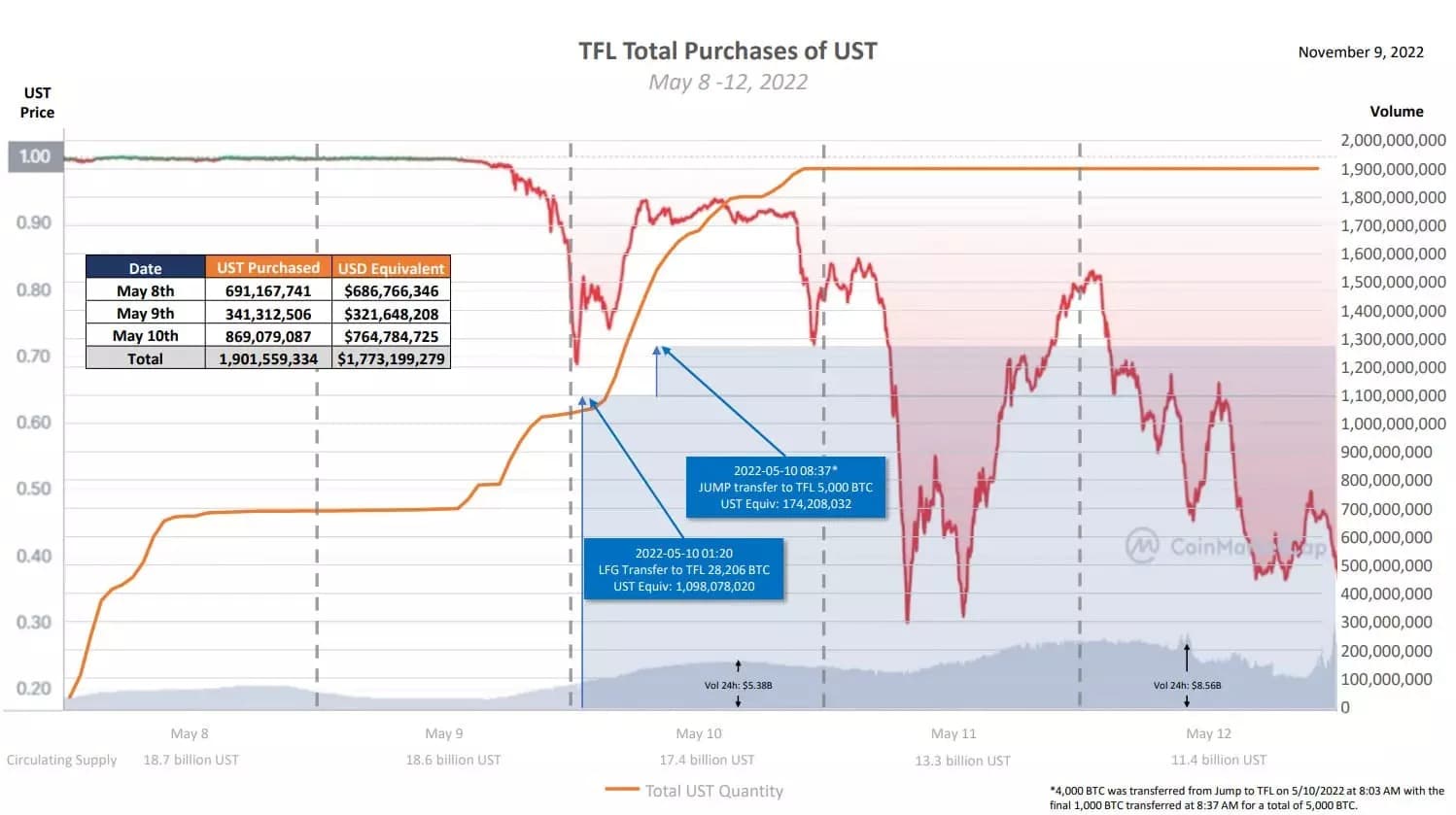 Illustration of the various UST buyouts by the Luna Foundation Guard

Thus, the report states that with the available data, it is verifiable that the Luna Foundation Guard and Terraform Labs tried – unsuccessfully – to save the algorithmic stablecoin:

“The report shows that all LFG funds have been spent defending the UST’s parity with the dollar as stated and that LFG’s remaining balances are the only funds left. “

Following the publication of this audit, Do Kwon spoke out to draw parallels with the FTX case:

“While there have been multiple recent failures in crypto, it is important to distinguish between the Terra case, where a transparent, open source decentralised stablecoin failed to maintain parity and its creators spent equity capital trying to defend it, and the failure of centralised custody platforms where its operators abused other people’s money (customer funds) for financial gain. “

FTX hacker becomes one of the largest holders of Ether (ETH) – What are the risks?

“It was a facade” – The amazing revelations of Sam Bankman-Fried