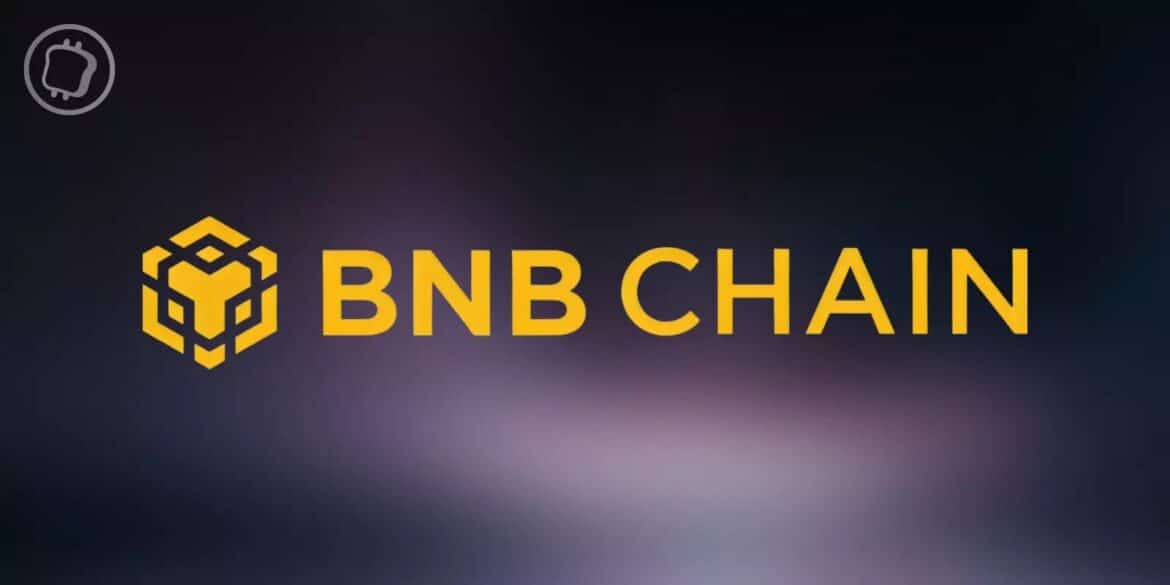 After a year of adoption for the NBB Chain, the blockchain has seen its number of unique addresses surpass that of Ethereum (ETH). So this is an opportunity to look back at the network’s progress in 2022.

The NBB Chain saw its address count soar in 2022

The end of the year is often a time for taking stock of what has been achieved over the past twelve months. So the NBB Chain teams have also been taking stock, and 2022 has been rather prolific, as it turns out that the blockchain has overtaken Ethereum in terms of unique addresses on the network:

“We’ve seen the number of unique addresses on BNB Chain surpass Ethereum and pass a whopping 230 million, making it the largest Layer 1 blockchain in the world. The network has also seen record transaction volumes reaching 9.8 million in May 2022, and daily active users at 2.2 million in October. “

When it comes to calling the NBB Chain the “largest Layer 1 blockchain”, it is important to keep things in perspective. Recall that in terms of value on the network, Ethereum remains far ahead, with $23.47 billion, while the BNB Chain, third, sees this same metric rise to $4.15 billion according to DefiLlama.

The goals of the two networks are also quite different. While Ethereum is largely focused on decentralised finance (DeFi), the NBB Chain has more of a “consumer” focus, through areas such as GameFi for example.

But this does not detract from the strong growth of this blockchain in terms of adoption. Where Ethereum started the year with 183 million addresses and ended it with over 217 million, the NBB Chain has seen this value grow from 126.27 to 233.72 million : 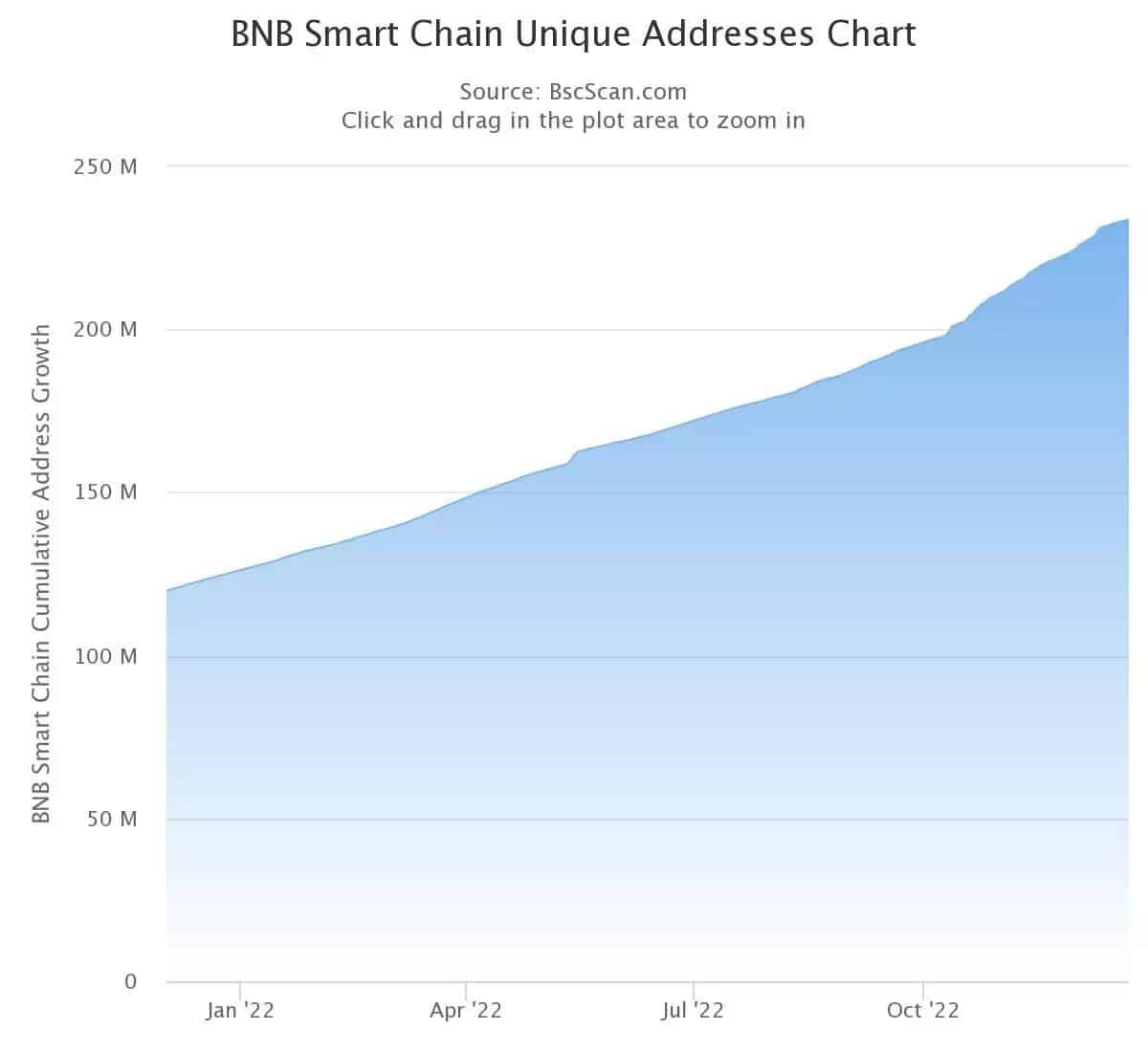 Evolution of the number of unique addresses on the NBB Chain

Besides the nice adoption that the NBB Chain can boast about 2022, what’s more given the catastrophic year for cryptocurrency prices, the network has also had some technical advances.

We can mention the adoption of sidechains to improve the scalability of the network, but also a ZK Rollup called zkBNB, currently in testnet, and which aims to increase the number of transactions per second on the BNB Chain to 10,000.

This year, the blockchain also changed its name from Binance Smart Chain. The network has also made a name for itself by implementing the soulbound token (SBT) concept, devised by Vitalik Buterin. SBTs are special non-fungible tokens (NFTs) linked to an address, and this technology has been used for KYC on the BNB Chain.

Despite the positives, it should also be remembered that the network was the victim of an impressive hack last October, which resulted in a temporary shutdown of the blockchain and a hard fork to fix the situation.