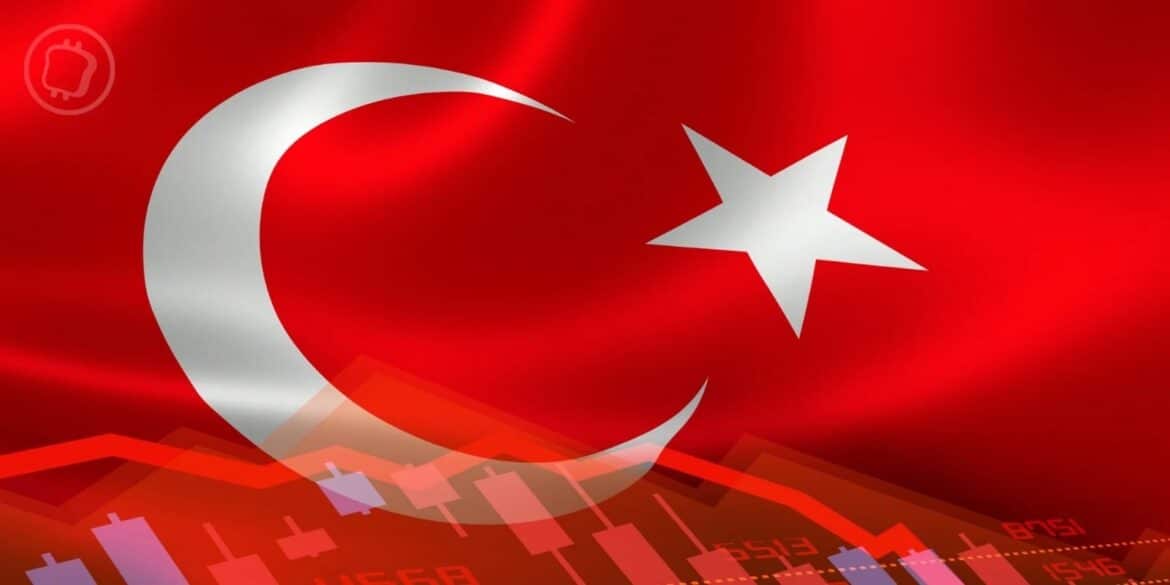 The cost of living has exploded in Turkey, which is experiencing a major economic crisis just months before the presidential elections. Inflation has reached a 25-year high, while the Turkish lira (TRY) continues to fall. Here is an update on the situation

According to official data published for October, inflation has reached 85% over the last twelve months in Turkey. This is an increase of 3.5% compared to the previous month and the seventeenth consecutive month of increase. It has been almost 25 years since the country last experienced such a rise in the cost of living.

Specifically, food prices have soared by +99% compared to last year, housing prices have risen by +85% and the transport sector has also soared, by +117%.

At the same time, the Turkish lira (TRY) has been falling steadily, and the trend has only been confirmed in recent months: 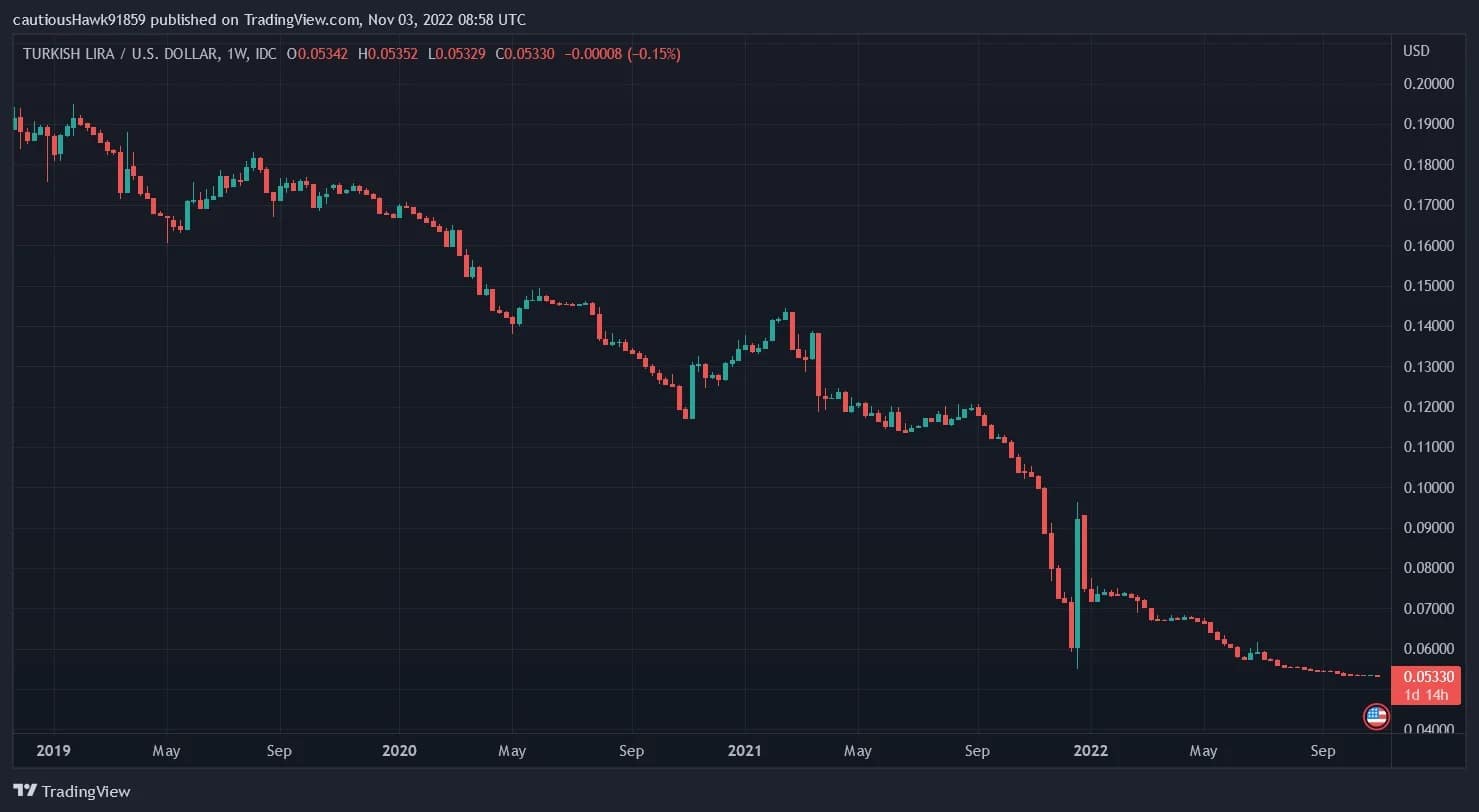 The long fall of the Turkish lira (TRY)

Turkish President Recep Tayyip Erdoğan is currently facing public criticism for refusing to raise the Central Bank’s interest rates. According to him, this would be even more harmful to the country’s economy. Several economists point to a mistake, as other Central Banks – including the Federal Reserve yesterday – have been gradually raising their rates to contain inflation.

On the other hand, several experts believe that the figures are wrong, with inflation actually reaching a much higher rate. An independent research group today said that actual inflation would be as high as 185%:

If the Central Bank of Turkey continues not to raise rates, inflation is likely to continue to rise. This is the salient point about fiat currencies, which unlike cryptocurrencies are controlled by a central body, whose decisions (or non-decisions) weigh heavily on the daily lives of citizens.

Binance and Ledger partner to democratise Web3 and cryptocurrencies