Home » Solana suffers its 4th major outage of the year, network still in the process of rebooting
Solana

Solana suffers its 4th major outage of the year, network still in the process of rebooting 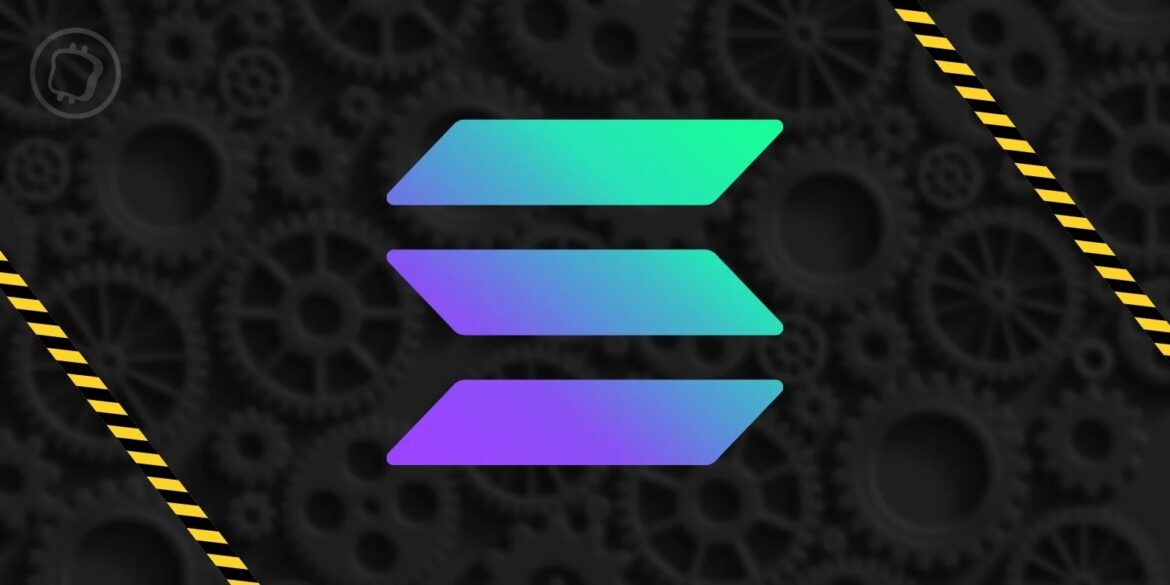 Early in the night, the Solana blockchain (SOL) was unable to finalise blocks on its network. The cause was a misconfigured validator node combined with an as yet unresolved issue in the blockchain’s code. However, the network has since been relaunched, and the various services and decentralised applications (dApps) should be operational in the next few hours.

New outage for the Solana blockchain

The Solana blockchain (SOL) had a rough night, as it stopped processing transactions for over 6 hours.

Considered an “Ethereum Killer”, the Solana blockchain relies on a Proof of History (PoH) consensus, which its creators believe would allow it to optimise its performance to maximise scalability. You can find out more about Solana and what makes it unique on our presentation dedicated to this blockchain

The Solana network is experiencing an outage and not processing transactions. Developers across the ecosystem are working on diagnosing the issue and to restart the network. More information will be provided as it becomes available.

The Solana network is down and not processing transactions. Ecosystem developers are working to diagnose the problem and restart the network. More information will be provided as it becomes available. “

According to the Stakewiz validator group, a validator on the Solana network was operating a dual node instance, causing a malfunction in the production of blocks. Indeed, the blocks were then produced in duplicate, and the validators could no longer define which block was the right one since, naturally, there was only one final location available.

According to Stakewiz, the blockchain is set up to solve this kind of problem on its own, but for reasons still unknown, this node problem had unexpected repercussions, bringing the whole network to a standstill.

However, the validators have agreed to restart the network at block 153,139,220, which was the last block validated before this incident began.

Solana, the curse of unexpected outages

This mishap comes one year after a breakdown of more than 18 hours on the blockchain, during which the network was completely shut down.

In the current year alone, this is the fourth major outage for Solana, and the ninth if one also considers incidents causing partial network instability.

The SOL price was briefly affected, falling by 6% after the outage was announced, with the current price at USD 33.08, a drop of 3.7% over the last 24 hours. However, SOL still sits as the 9th largest cryptocurrency with over $11.7 billion in market capitalisation.

While Solana executives have in the past criticized the counts made by various crypto media outlets, arguing in particular that they were overvalued, the blockchain’s founder Anatoly Yakoveneko admitted in an interview this month that the breakdowns were “the curse” of Solana.

Nexo update: between insolvency rumours and entry into the capital of a regulated bank

Banks would only have 0.01% exposure to cryptocurrencies, according to the first study on the subject