dYdX trading platform to develop its blockchain on Cosmos (ATOM) 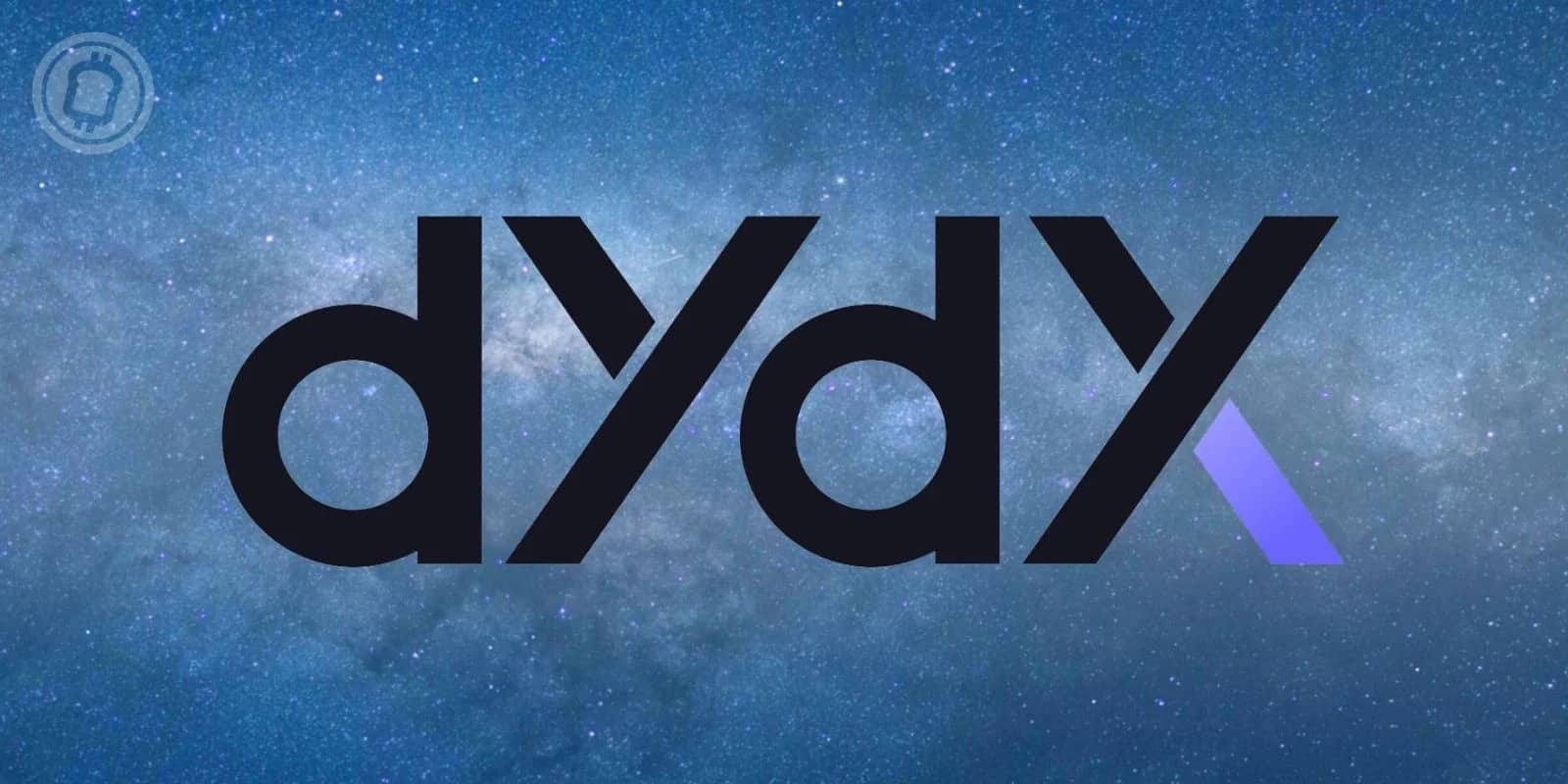 The decentralised trading protocol dYdX informs its community that its V4 will be developed with the Tendermint consensus and the Cosmos SDK. This will make the platform a full-fledged blockchain, with the aim of improving the performance delivered to users.

The decentralised trading platform dYdX has presented its V4 and it will be built on the Cosmos ecosystem. The team hopes that this version will be available by the end of this year, but such an ambitious project may experience some additional delays.

Indeed, with this change, dYdX will use the Cosmos SDK and the Tendermint consensus to become a full-fledged blockchain. The Cosmos SDK is a kind of “building kit” for developers. Tendermint, on the other hand, is a Proof-of-Stake (PoS) consensus, capable of functioning normally even if a third of the validators did not play their role.

With this complete overhaul of its engine, dYdX aims to become one of the most widely used trading platforms in the world. Although this will involve many challenges, the project team is committed to this vision:

“We realise that this is an extremely difficult and ambitious goal, but believe that dYdX should make choices to maximise the chances of achieving this goal, rather than settling for a lower definition of success. “

Furthermore, placing or cancelling orders on the protocol will not involve any transaction fees. Only the actual trading will cost a small proportion of fees, as with all platforms. For this, the DYDX token will be used to be redistributed to validators, who will use it to secure the network nodes.

A choice motivated by scalability and decentralisation

dYdX currently runs on the Ethereum blockchain (ETH), using a layer 2 solution from StarkWare. This is what allows the protocol not to charge transaction fees for the time being, but this solution has capacity limitations.

At the moment, the platform processes about 10 transactions per second and 1,000 orders and cancellations in the same time frame. But dYdX does not want to limit itself to its values and intends to provide a tool of institutional quality.

Moreover, it wants to provide a fully open source solution to its community and this notion is not fully possible with StarkWare’s technology. As this Twitter user points out, this necessarily implies a dependence on a trusted third party:

There might in fact be a 3rd factor behind the dYdX decision, which wasn’t in the blog post:

Starknet is not entirely open-source, so it requires dealing w/ intellectual property agreements

That means you can’t just fork the network & leave: you’re dependent on a vendor pic.twitter.com/qO1q1lg1I7

This state of affairs therefore consists of a point of centralisation. However, dYdX wants to become a fully decentralised protocol, as the team emphasised in its announcement:

Recall that the core business of the platform is trading futures contracts. Such a decentrally operated investment vehicle may have a bright future ahead of it, when regulation prevents this for centralised platforms.

While there is a lot of work to be done for dYdX to achieve its goals, their ambition promises a bright future for the platform.

Bybit: $8 million to be won with the World Series Of Trading (WSOT)

Morpho, the lending protocol that optimises your returns in DeFi