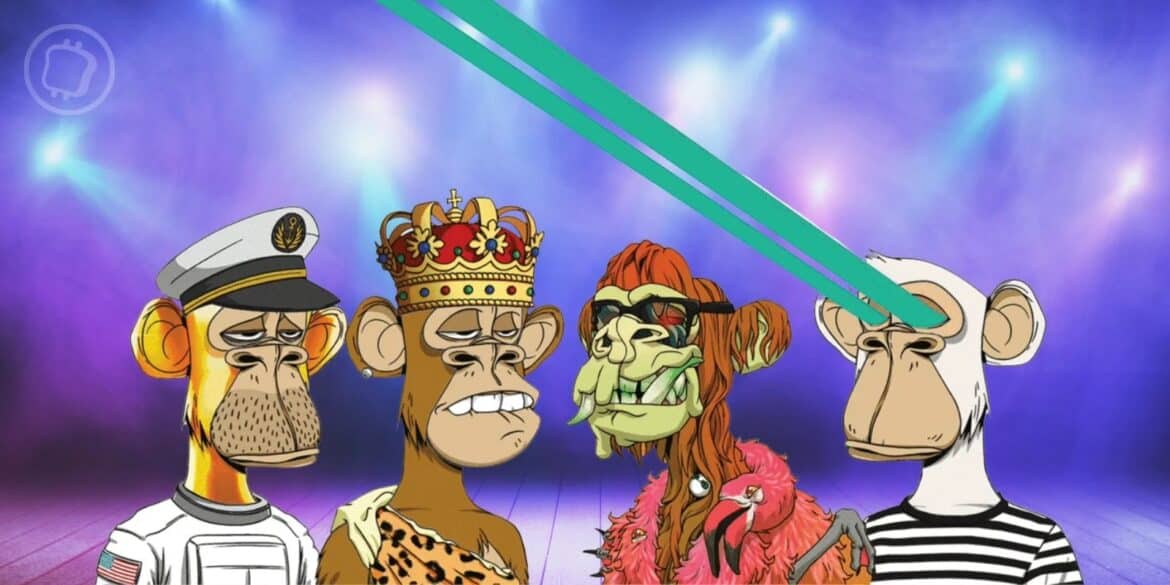 A great hire for a Bored Ape Yacht Club (BAYC) spin-off project… KINGSHIP, the Universal Music band whose members are characters from BAYC, has just found its producers. What a way to further link the metaverse to the real world

The band KINGSHIP calls itself “the first Bored Apes supergroup to be signed to a major label. And for good reason: this music group from the metaverse is followed by Universal Music, and intends to show its seriousness.

And that includes major producers who will be following the BAYC band. KINGSHIP announced yesterday that Chauncey Hollis, better known as “Hit Boy”, and James Fauntleroy, will now handle production:

Now you know who’s behind the boards. Welcome to KINGSHIP @Hit_Boy & @fauntleroy pic.twitter.com/waHkMx9L2w

A bridge between the music industry and the metaverse

KINGSHIP is not produced by Yuga Labs, it was put together by the holder of the members’ non-fungible tokens (NFTs), Jimmy McNelis. For the moment, no tracks have been revealed. The band is of course reminiscent of Gorillaz, another virtual band whose members were represented by monkeys.

KINGHSHIP had already signed a prestigious partnership with Mars. Last August, it offered a collection of M&ms printed with the effigy of the group’s members.

The Bored Ape Yacht Club (BAYC) gives the NFTs’ owners the rights to their characters. This means that people are free to create derivative works with it, for example a music band. This is still a new model, which is a small revolution: collectible works have a value in themselves, but they can also be used to strengthen the ecosystem.

In any case, the BAYC is increasing its influence. It is the second best-selling NFT collection of all time, with over $2.4 billion in total sales.

Terra: why has the price of LUNA more than tripled in the last two weeks?