Bankruptcy: Celsius CEO had taken over trading strategy in January 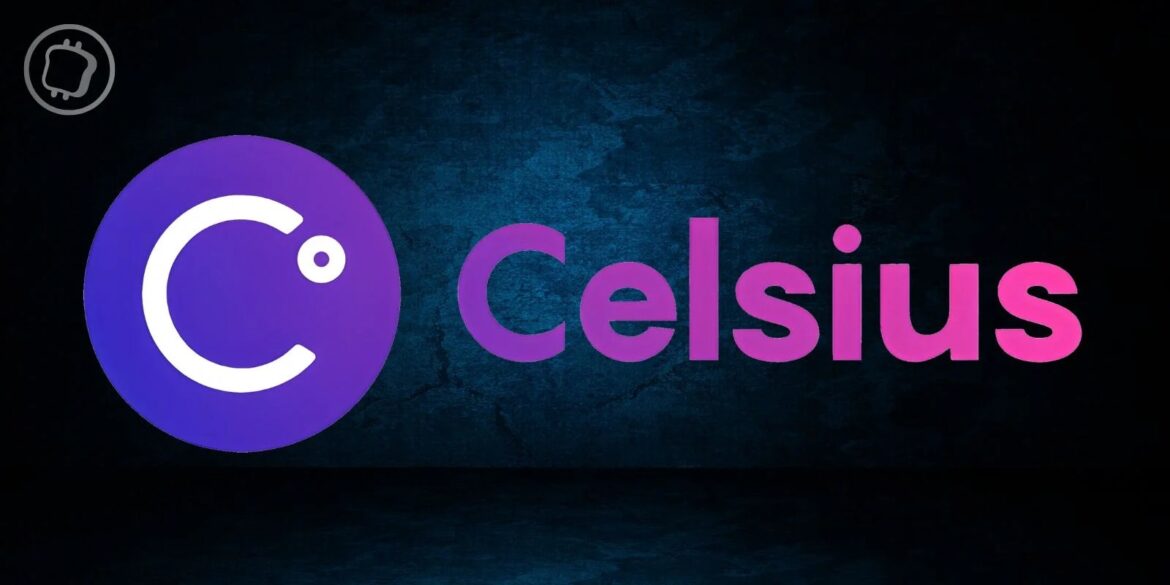 As the Celsius platform goes bankrupt, we learn that its CEO Alex Mashinsky reportedly took control of the trading business, in January. At the same time, a legal document reveals a $2.84 billion loss in the cryptocurrency balance sheet under management.

Alex Mashinsky, the CEO of Celsius, took control of the company’s trading operations months before the bankruptcy, according to an investigation by the Finantial Times. This was allegedly done in January when Alex Mashinsky feared that the US Federal Reserve (FED) would lower its key interest rates.

He reportedly felt that such a move would have a negative impact on the market and therefore sold large amounts of bitcoins despite the advice of his traders.

Celsius had $22 billion in cryptocurrencies under management at the time. The next day, the company reportedly bought back the same BTC, but this time at a loss. In January, Celsius recorded a $50 million loss, although not all of it was necessarily attributable to its CEO.

However, according to Celsius’ lawyers, the company’s bankruptcy is not due to Alex Mashinsky’s mismanagement, but rather to the unfavourable conditions of the crypto market.

Liquidity about to dry up

Last Sunday, law firm Kirkland & Ellis released a document reporting on Celsius’ finances as of July 29. According to a forecast table, the company’s cash position, which stood at $137 million, is expected to be in the red by almost $34 million as early as October: 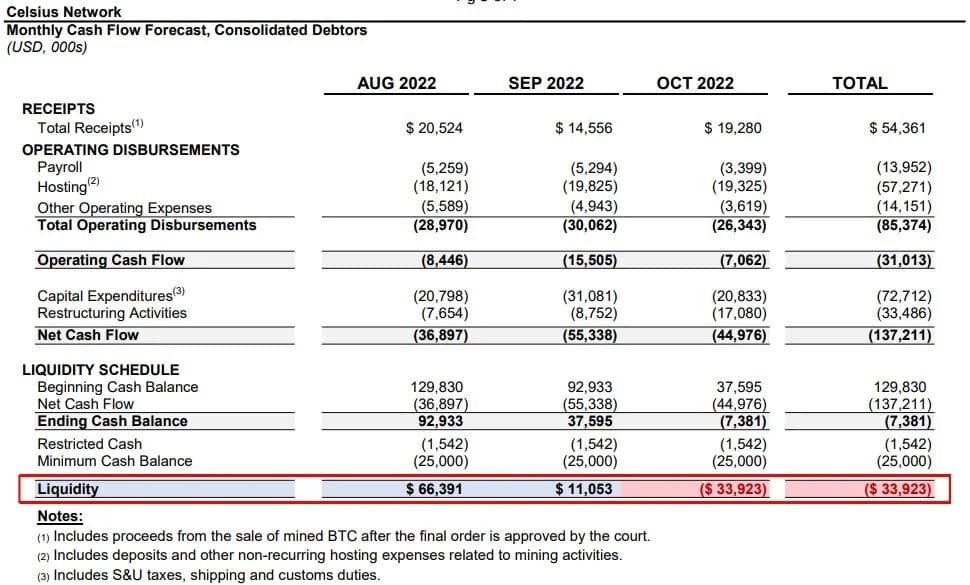 Worse still, the company’s assets and liabilities table tells the full story. For example, while Celsius owes 104,962 BTC to its customers, it has only 14,578, leaving a hole in the accounts of $2.15 billion as of July 29.

In total, the balance of all these assets and liabilities represents a loss of $2.84 billion and there is no guarantee that the platform’s customers will ever see them again:

Figure 2: Celsius assets and liabilities as of July 29

The document also looks at mining revenues. With 58,000 machines deployed, 432.3 bitcoins were mined and 128.61 were sold by July 13. This could therefore represent an approximate revenue of 2.6 million dollars, which will not be able to make up for the losses.

Thus, this case is far from over and still leaves Celsius customers in limbo.

Weapons, drones, medicine… What were the cryptocurrencies sent to Ukraine for?