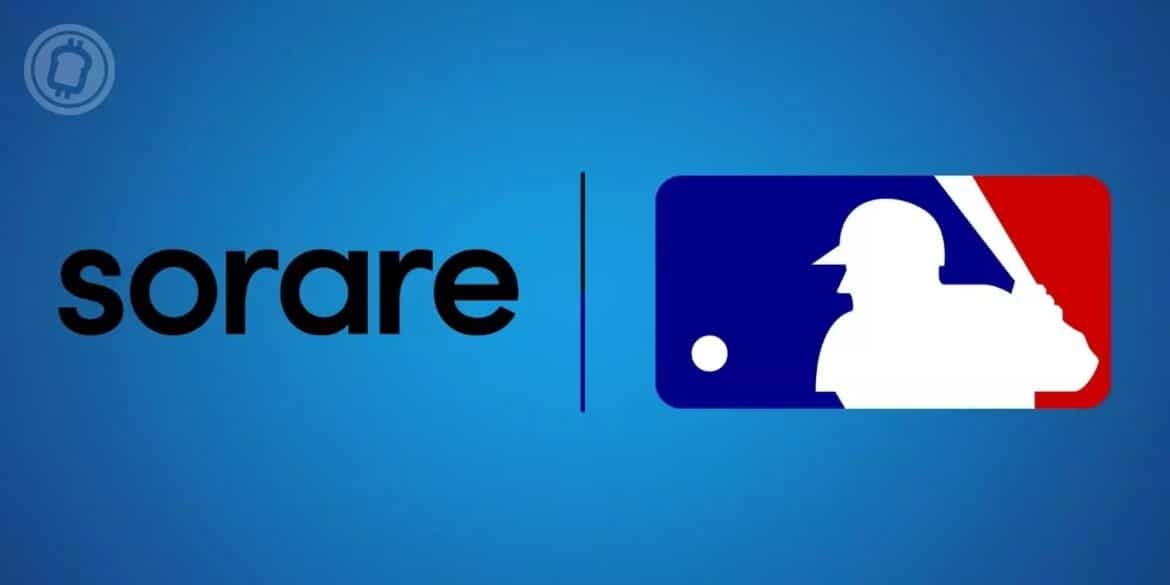 Sorare announces a new blockchain game based on NFTs in partnership with Major League Baseball (MLB). The game will be released this summer and will be the first free-to-play game of its kind based on the legendary American baseball competition

While Sorare has found its place in the non-fungible token (NFT) market with its fantasy football game, the company is innovating again by announcing today a collaboration with Major League Baseball (MLB).

Thus, a new free-to-play game based on blockchain will see the arrival of baseball player cards from the iconic American competition. The whole thing is based on the usual principle of the licence: compose the best team according to the real performances of each player to score as many points as possible and win rewards.

More information will be revealed as the official release this summer approaches.

Nicolas Julia, Sorare’s co-founder and CEO, expressed his pride in the new project:

The bond between Americans and baseball is strong. Baseball has always been at the forefront of new technologies and innovations. So we’re proud that MLB and the MLBPA have chosen Sorare to bring an NFT MLB game to fans around the world. “

For the past year, the French unicorn has been experiencing strong growth. As a reminder, it raised a spectacular $680 million in September last year. A few months later, tennis champion Serena Williams joined the board of directors.

According to the company, this growth amounts to 32% per month over the past year. In order to continue this momentum, Sorare is now diversifying, as Nicolas Julia points out:

Today, as digital engagement and technology evolve to meet the needs of a new generation, our partnership will allow a new and broader community of fans to create a strong connection to this American pastime. “

When you know how passionate Americans can be about a sport they love, Sorare has all the cards in place to create a recipe for success.

Germany: cryptocurrencies held for more than a year will no longer be taxed

A vote is taking place on Anchor proposing to reduce the UST APY from 19.5 to 4%