Home » France: 900 jobs to be filled in blockchain in the coming year
Crypto News

France: 900 jobs to be filled in blockchain in the coming year 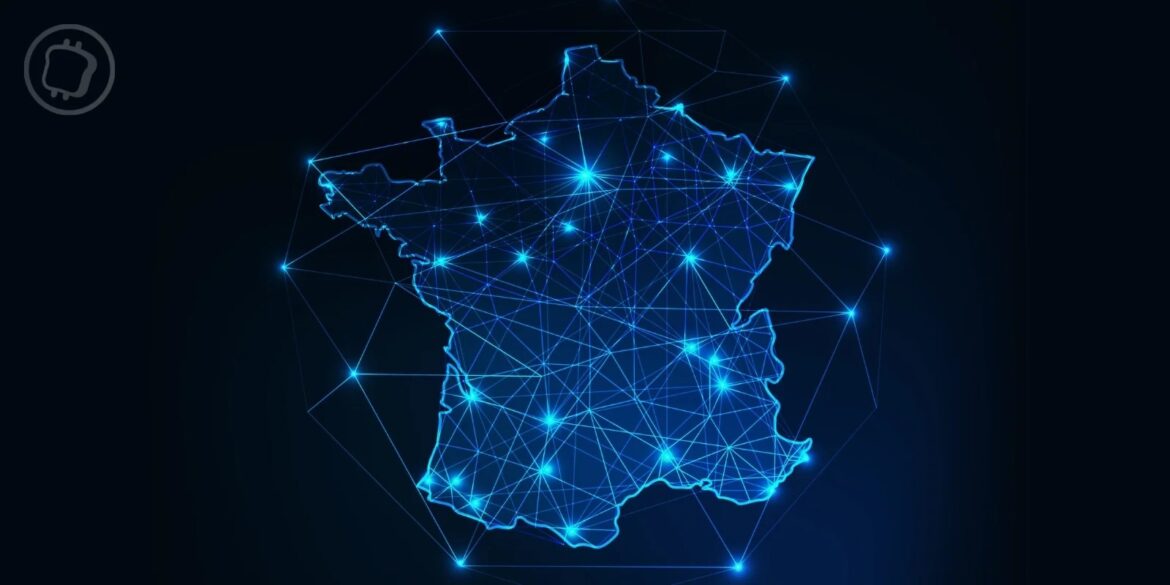 The French blockchain ecosystem is growing rapidly, despite rather sluggish cryptocurrency markets in recent months. That’s the conclusion of a report by French Chain, which has mapped the state of the blockchain industry in France. 900 positions could be up for grabs in the next year. We take a look at the regions and sectors that bring together the most players

The blockchain ecosystem is growing in France

The blockchain ecosystem in France has a bright future ahead of it, but for the moment it is very concentrated. 84% of companies are in fact concentrated in three regions: Île-de-France, the P.A.C.A region and Occitanie. Île-de-France alone accounts for two thirds of the companies: 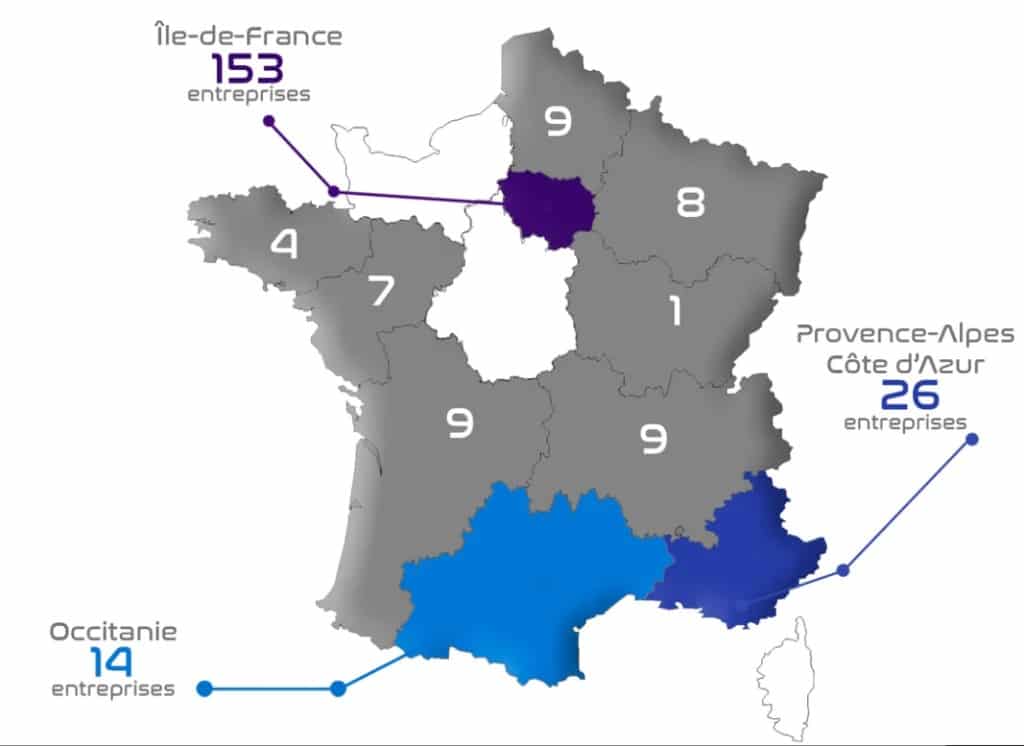 Locations of blockchain companies in France

If we look at the number of employees, this concentration is even more marked. 73% of them are located in three departments: Paris (with 106 companies), Hauts-de-Seine (32 companies) and Bouches-du-Rhône (16 companies). According to the report, the trend has only strengthened over the past three years, with the number of French blockchain companies more than doubling. As a sub-sector of high technology, blockchain is bound to spread in the regions as it is adopted.

Blockchain in France: 900 jobs to be filled in the next 12 months

Although concentrated, France’s blockchain ecosystem has been exploding in recent years. One proof of the sector’s dynamism is the hiring, which is on the rise over the coming year according to the report. Indeed, the French Chain estimates that 97% of blockchain companies in France wish to create at least one job in the next 12 months.

Unsurprisingly, developers are the most sought after, accounting for 82% of companies’ needs. Salespeople are also particularly in demand (55% of future recruitments), followed by managers. In total, the report estimates that 900 jobs could be created in the next twelve months.


This wave of hiring is due in large part to the good results of companies in the blockchain sector. On average, these companies have seen a +250% increase in revenue between the last year and the last. And they are internationally oriented. On average, French blockchain companies generate 40% of their turnover abroad.

So who are the biggest employers in France? Unsurprisingly, the unicorn Ledger comes out on top, with 671 employees. It is followed by Wakam (198 employees), then Sorare (170 employees). Coinhouse and Nomadic Labs close the top 5, with 83 and 80 employees respectively: 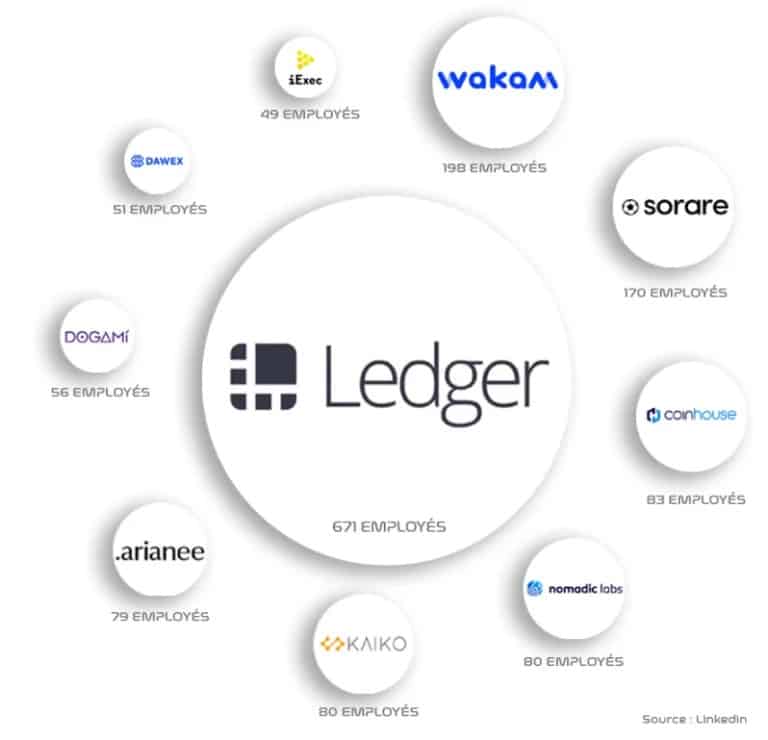 Largest employers in the blockchain sector

Which blockchain sub-sectors are most represented? Not surprisingly, cryptocurrency-related companies are the most numerous in the blockchain sector. They are followed by companies operating in the world of entertainment and culture, and infrastructure. Support is also a particularly well represented cluster: 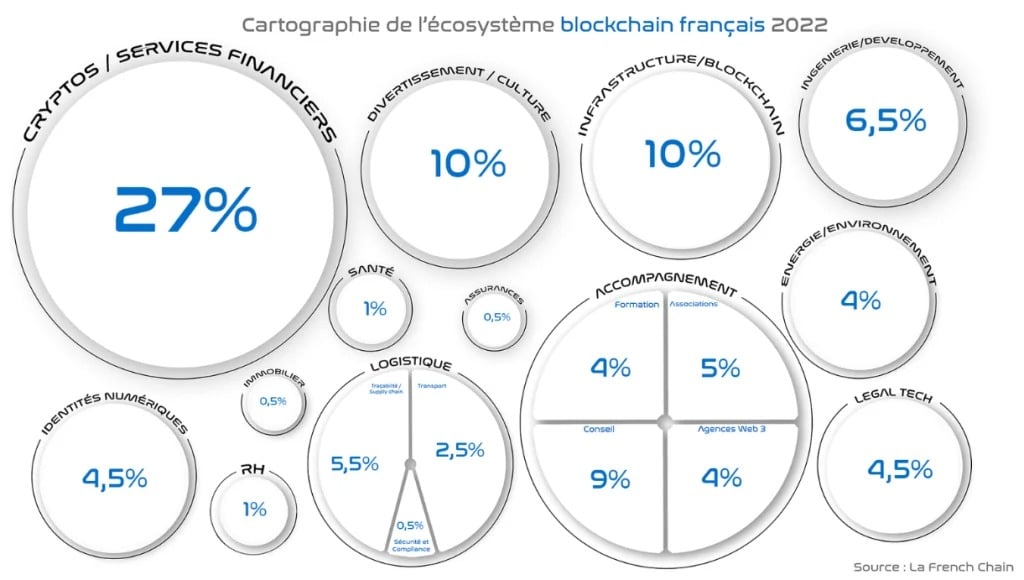 The different sectors of the French blockchain industry

In an uncertain macroeconomic context, the blockchain sector is doing well in France, and should continue to offer jobs in the coming year. The dynamism of the industry is in any case undeniable, and shows the growing appetite of wider players for these still very new technologies. Not surprisingly, there have been several signs of openness on the part of the government in recent months.

Dogecoin (DOGE) gains over 110% on the week, outpaces Cardano (ADA) and Solana (SOL)