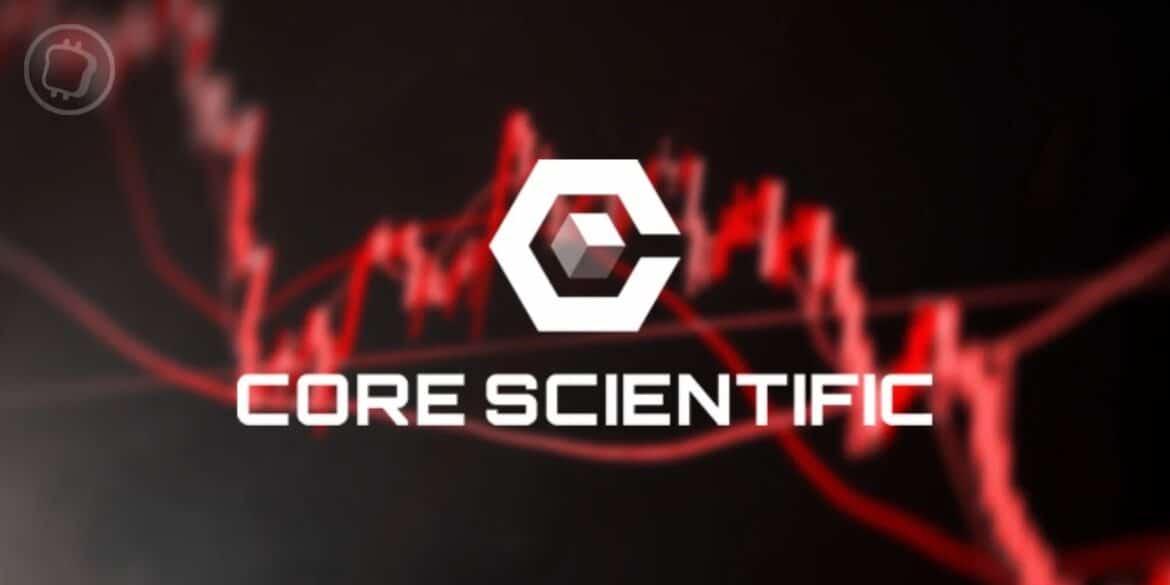 Another victim of the “crypto winter”? The largest US Bitcoin (BTC) mining company, Core Scientific, has announced that it could run dry by the end of the year, and is reportedly considering filing for bankruptcy. Should we prepare for the fall of this colossus

Core Scientific to file for bankruptcy

Core Scientific is the largest public Bitcoin miner. Its potential downfall is therefore being particularly scrutinised by an ecosystem that has become worried. On 26 October, the company filed a document with the US Securities and Exchange Commission (SEC). It explained to the American financial regulator that it had reached a particularly critical economic situation:

“The company anticipates that existing liquidity resources will be exhausted by the end of 2022, or sooner. “

Core Scientific explains in the paper that it is very difficult to estimate its liquidity needs, due to the volatile nature of Bitcoin. If the largest cryptocurrency were to rise explosively, it could save the mining giant. But nothing is less certain at the moment:

“Given the uncertainty regarding the company’s financial conditions, there are substantial doubts as to whether it will have the capabilities to continue to exist for a reasonable period of time. “

Bankruptcy looms, investors could lose everything

Core Scientific is therefore considering bankruptcy, as it says in the document. It says that if it proceeds to this stage, “holders of the company’s shares could suffer a total loss of their investments”. A warning that did not fall on deaf ears: Core Scientific’s share price took a dive after the document was published: 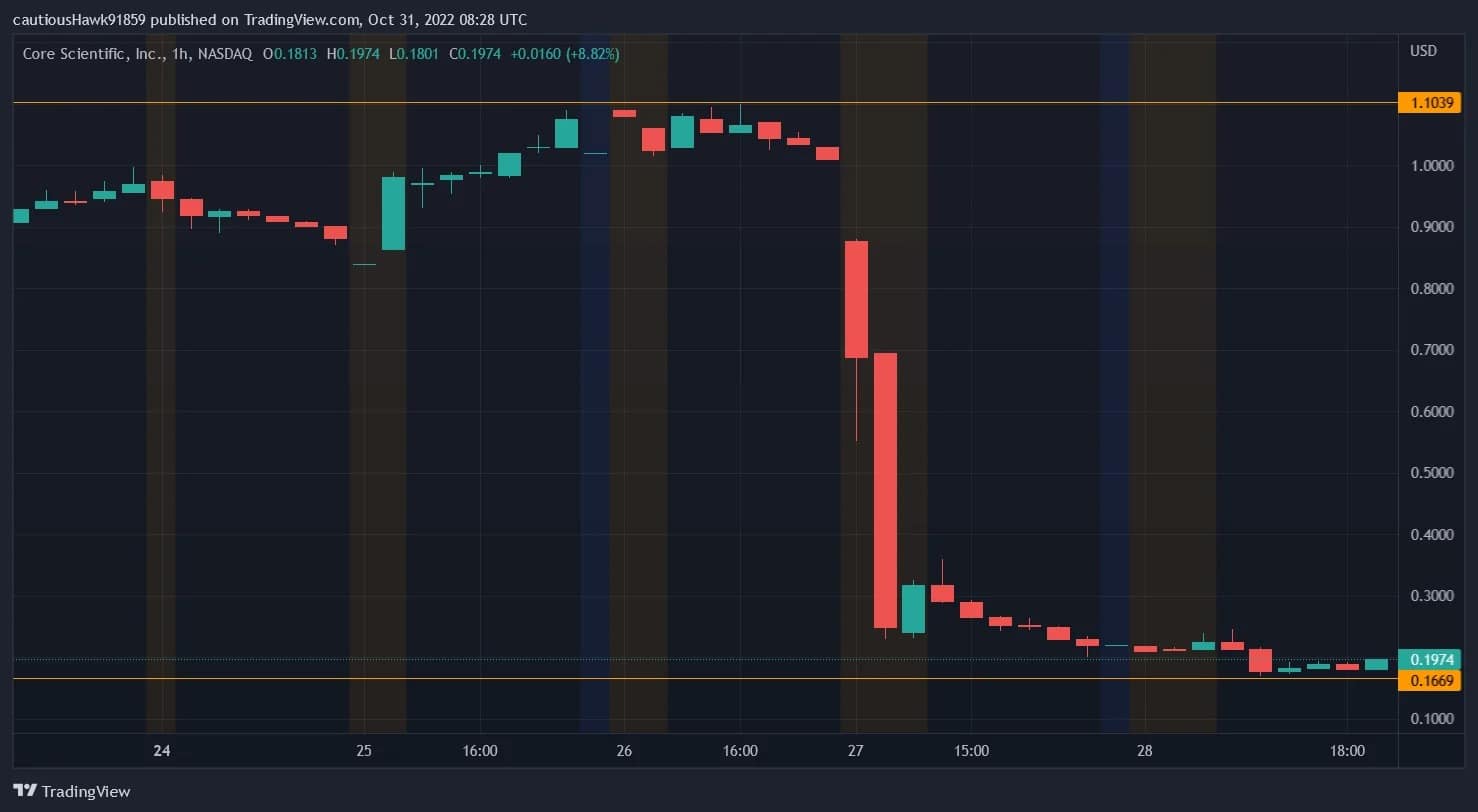 Core Scientific is a mining giant: it recently gathered nearly 5% of the world’s hashrate:

Core Scientific – the biggest public bitcoin miner – has a 5% share of the total hashrate. Marathon and Riot follow behind, each controlling over 2% of Bitcoin’s hashrate.

In total, there are seven public bitcoin miners with a hashrate share of more than 1%. pic.twitter.com/ZnwsFjvQcy

The fall of this giant is therefore of great concern to the ecosystem. The Bitcoin hashrate would likely recover very quickly from this event, but it is the signal sent that could create a cascade of consequences, particularly on the actions of other mining companies.

France: 900 jobs to be filled in blockchain in the coming year