DeFi: JP Morgan has completed its first transaction on Aave 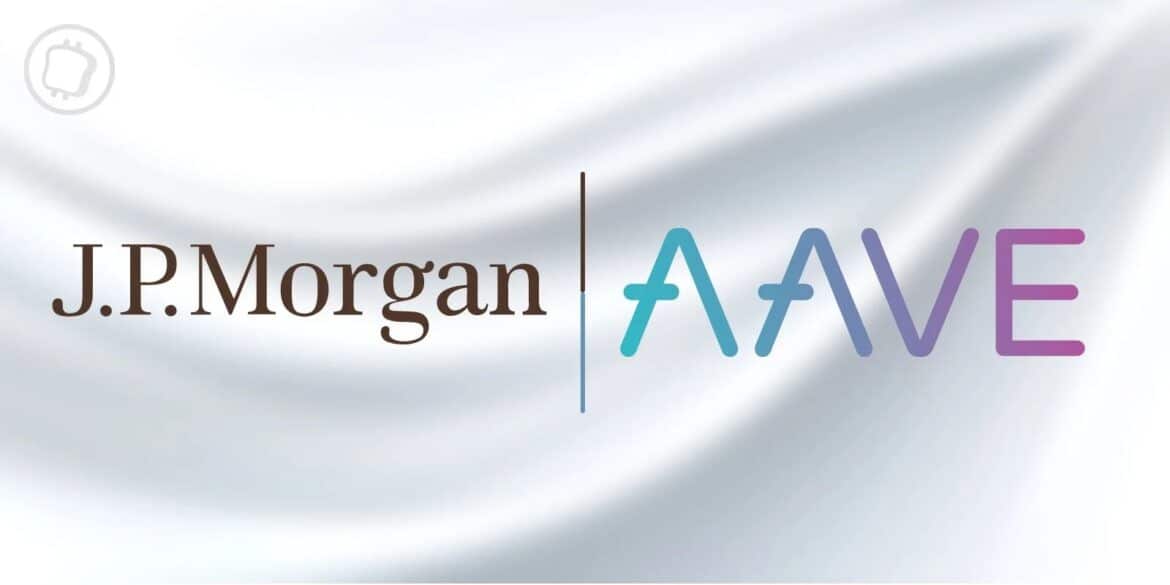 As part of experimental projects with Singapore’s central bank, JP Morgan has transacted on the decentralized finance (DeFi) protocol Aave Arc for the first time.

No matter what its CEO says publicly, JP Morgan’s activities in cryptocurrencies are no longer a secret and the bank has just renewed its attraction to blockchain through its first transactions on the Aave protocol. More precisely, it is a modified version of Aave Arc, the platform dedicated to institutional investors:

WORLD! J.P. Morgan has executed its 1st *LIVE* trade on public blockchain using DeFi, Tokenized Deposits & Verifiable Credentials, part of @MAS_sg Project Guardian https://t. co/XI212SG4zg Many world 1sts here, since this is public ⛓ here’s a transparenton what we did:

In order to optimise the burden of transaction costs incurred by extensive identity verification procedures, these operations were performed on Polygon (MATIC).

The fork of the Aave Arc code allowed the bank to configure its own settings as desired, particularly concerning interest rates. These initial experiments involved the use of tokenised Singapore dollars and Japanese yen.

This pilot project is being conducted in collaboration with the Monetary Authority of Singapore (MAS) and is unique in that it uses a public blockchain, allowing anyone to view these transactions.

Umar Farooq, CEO of Onyx which is the bank’s blockchain division, commented on the experiment:

By leveraging verifiable credentials to establish identity, we were able to execute a live transaction between known authenticated parties. This is an important step in the blockchain journey for financial institutions and follows many years of work by JP Morgan in developing blockchain-based solutions for financial services. “

A drive to tokenise finance

In addition to currency tokenisation, government bond tokenisation is also part of this programme.

For the Central Bank of Singapore, the focus is firmly on blockchain experiments. And for good reason, the MAS has conducted this operation with JP Morgan as part of the “Project Guardian” programme. This broad plan consists of a series of projects aimed at testing the value propositions of DeFi’s innovations, with a view to considering their use in the longer term.

DBS Bank is also working with JP Morgan and MAS on these programmes. Kwee Juan Han, head of the bank’s strategy and planning group, was optimistic about these technologies

“We are excited to be part of this pilot project where Singapore is leading the reimagining of the financial markets infrastructure with blockchain technology. The success of the test transactions shows a promising application of tokenisation and DeFi techniques for the government bond market. “

While some of the rhetoric may suggest otherwise, these concrete actions once again show the growing interest in blockchain technologies.