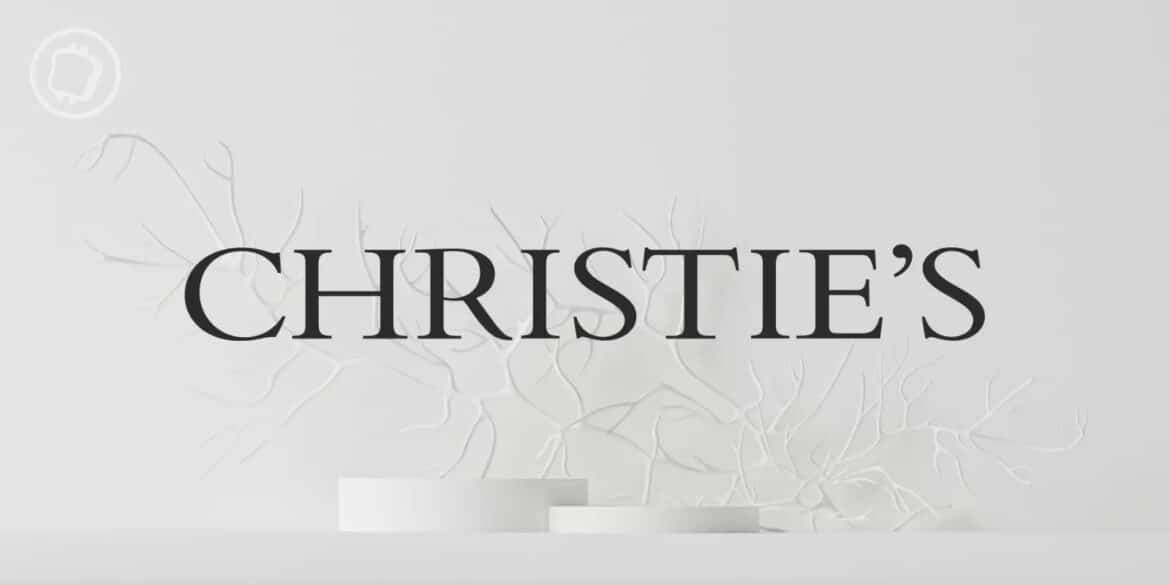 UK auction house Christie’s is taking a major step towards Web3 adoption with the launch of “Christie’s 3.0”, its own platform hosted on the Ethereum blockchain (ETH). The company will be able to offer its digital artworks directly through the secure technology of the blockchain.

Christie’s, the world’s largest auction house, has announced the launch of “Christie’s 3.0”, a platform to streamline the auction process directly on the blockchain.

Built from the ground up together with three leading companies in the Web3 community @manifoldxyz , @chainalysis & @spatialxr (1/4)https://t.co/3zcQxNtBLy

This new platform will be hosted on the Ethereum blockchain (ETH) and will allow interested parties to purchase non-fungible tokens (NFT) directly from Christie’s without an intermediary. The platform has been developed in collaboration with Chainalysis, Manifold and Spatial, three companies operating in the blockchain, NFTs and the metaverse.

According to the press release, Christie’s wishes to continue to show its interest in the Web3 universe by offering the highest possible level of curation on the digital works presented, while taking advantage of the security offered by blockchain technology.

“Bringing the highest level of curation to the NFT and digital art market, Christie’s continues to be the place where collectors can discover the best art in this emerging category. […] By incorporating regulatory tools, such as anti-money laundering and sales tax, we have built an inclusive solution where old and new NFT collectors can feel secure in their transactions with Christie’s 3.0. “

Inauguration with a Diana Sinclair sale

To celebrate the launch of Christie’s 3.0, the luxury auction house is already offering 9 NFTs signed by the young artist Diana Sinclair created especially for the occasion. These, as with all future NFTs on Christie’s 3.0, can be purchased simply by connecting a wallet such as MetaMask to the site.

According to Christie’s, the value of the new platform is that it offers the best of the digital luxury market in one dedicated location:

“This initiative strengthens Christie’s ability to connect its clients to the best of the NFT marketplace – beyond traditional auction channels, beyond partnerships with other marketplaces – now via a sophisticated and secure, blockchain-native sales platform. “

Not surprising news, given Christie’s appetite for the digital marketplace for several years. Christie’s was the home of the most expensive digital art sale in history, the $69.3 million NFT by artist Beeple.

More recently, in July, the British company announced the launch of a fund dedicated entirely to Web 3.0 in order to encourage young artists to embark on this innovative art form.