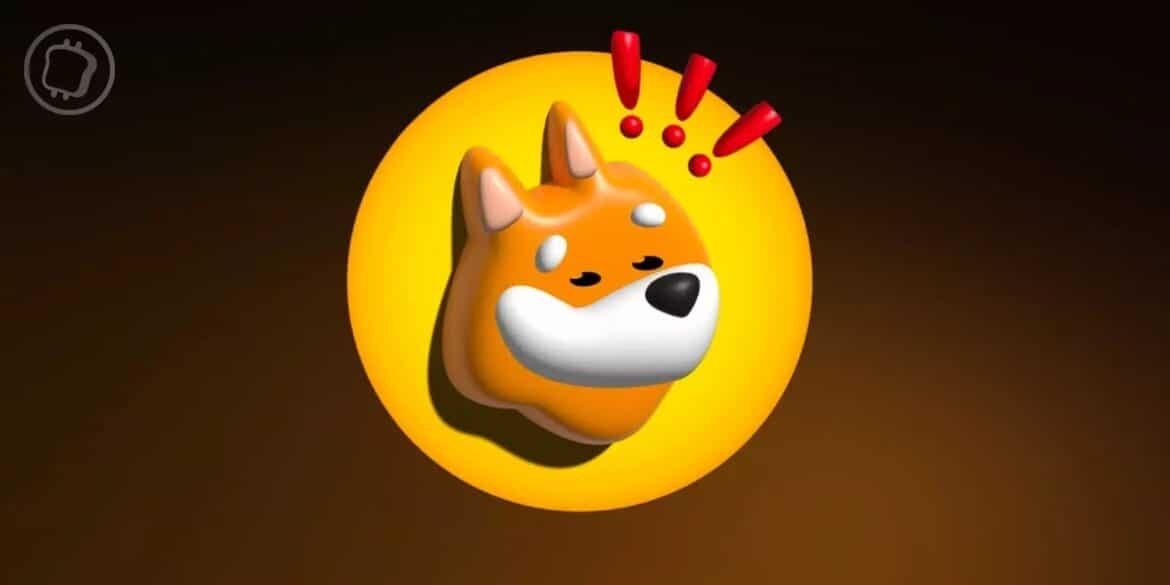 The Solana (SOL) blockchain has finally seen a bit of a comeback in the last few days after being increasingly abandoned in the wake of the FTX affair. The reason: the airdrop of a new memecoin featuring a Shiba Inu. Called BONK, it has climbed into the top 200 most capitalized cryptocurrencies.

While Solana (SOL) was struggling to recover from the FTX affair, here comes a new memecoin to rekindle the flame of the blockchain’s users. This crypto, named BONK and featuring the image of a Shiba Inu, has seen its price increase tenfold in just one week, and twofold over the course of a day. 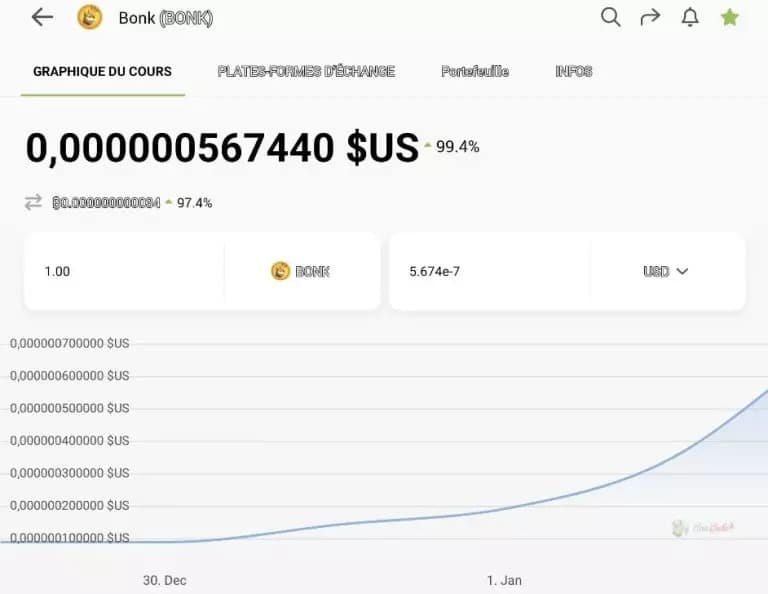 BONK price rises in one day

In concrete terms, the project’s website states that the “BONK is the first dog-like crypto-currency on Solana for the people, by the people”. In other words, yet another copy of DOGE or SHIB. However, BONK has distinguished itself by offering a token airdrop to non-fungible token (NFT) holders in the Solana ecosystem.

In the space of 24 hours, BONK recorded almost $30 million in volume on Solana’s decentralised platforms. This is almost 70% of the volume on Orca – the exchange on which the token is listed – and around 40% of the total volume traded on Solana.

According to data from aggregator Dune, there are nearly 50,000 addresses that currently hold BONK. However, the 20 largest holdeurs alone hold 50% of the total amount in circulation. This is a warning of the risks involved: it is obviously not advisable to invest in this token

Since the bankruptcy of FTX and Alameda Research, the Solana blockchain was in free fall. Indeed, Sam Bankman-Fried’s two companies invested heavily in the blockchain from its launch in 2019. They were the largest holders of SOL coins.

In terms of data, the conclusion is clear: Solana is the big loser in this case. The value circulating on the blockchain has fallen from one billion dollars to around 200 million dollars. As for the price of SOL, it went from 36 dollars to less than 10 dollars, a drop of 75%.

In addition, Solana has seen the demise of many of the major projects that made its ecosystem great. These include DeGods and y00ts, two successful non-fungible token (NFT) collections, which have announced their migration to Ethereum and its second Polygon layer.

Is the arrival of this BONK token good news for Solana? In the short term, it has created a buzz around blockchain and shown that the ecosystem can undeniably continue to exist without Sam Bankman-Fried and other investors.

However, it is important to stress that this BONK token is a memecoin and is not based on anything concrete. There are no fundamentals, the team is unknown, the tokenomics are questionable and the interest is purely speculative. In other words, there is every reason to believe that its bullish rally may soon run out of steam.

In a bear market context, it is obviously not advisable to invest part of one’s portfolio in this stock.