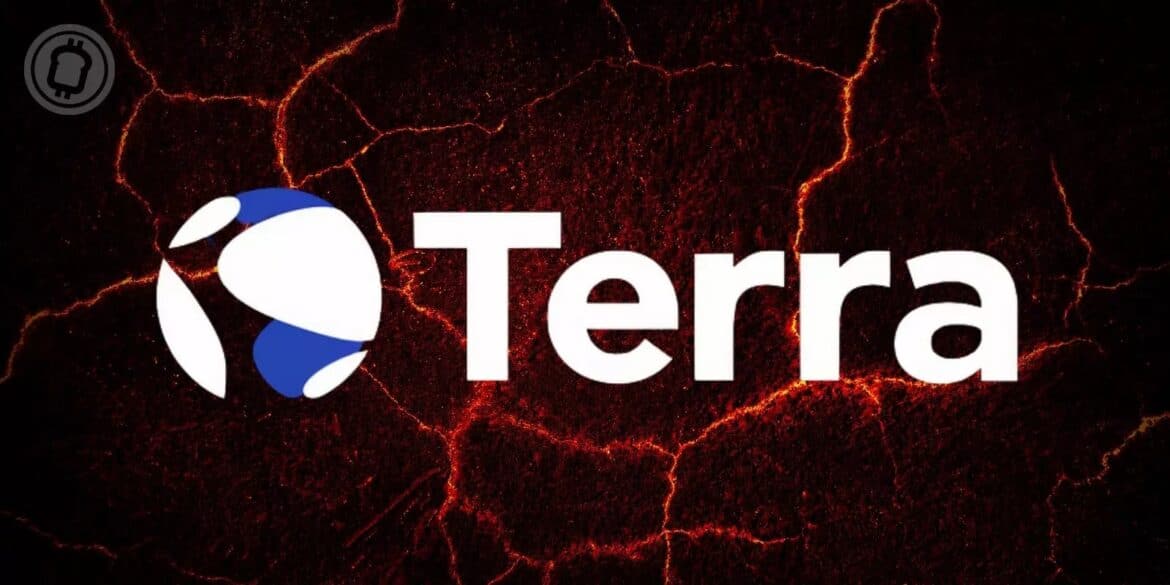 Terra continues to experience a nightmare this week. Teams have been forced to suspend the blockchain for a second time, while project manager Do Kwon has disappeared from the networks and is reportedly being threatened by investors. Meanwhile, LUNA continues its inexorable fall. We have the latest news this morning

The Terra blockchain had already been suspended late yesterday, to protect itself from a possible attack. It was then restarted, but for a short time: the teams announced a new forced pause this morning:

The Terra blockchain has officially halted at block 7607789.

Terra Validators have halted the network to come up with a plan to reconstitute it.

The terse message simply explains that the validators have suspended the network in order to “find a plan to rebuild it”. As a reminder, the stablecoin balancing mechanism has failed in recent days, sending both the LUNA and UST prices into a tailspin.

One of Terra’s main communities is closing its doors

Another sign of the rush: the Korean Terra community of Kakaotalk, which existed since 2019 and had thousands of investors, announced it was closing its doors:

Translation for chat in Kakao

– The people who verify the nodes will stop working
– LFG shouldn’t have tried to be pegged on $1 or so
– I should have taken half of the loss in advance.
– I think Do Kwon will sell his house and leave Korea.
– why are you going to his home? Don’t

According to reports from Twitter users, officials left a final message:

“This is really the end. The validators are leaving too. He’s going to sell the house and run away. “

Do Kwon was reportedly threatened by angry investors

The man all eyes are on right now is of course Do Kwon. The head of Terra has been silent on the networks since May 11, after leaving a rather optimistic message to users:

14/ Terra’s focus has always oriented itself around a long-term time horizon, and another setback this May, similar to last year, will not deter the LUNAtics Short-term stumbles do not define what you can accomplish.

It’s how you respond that matters.

Since then, the project has completely collapsed, and there is no news of Do Kwon. According to the Korean media Money Today, the wife of the UST manager has however requested emergency protection services from the Korean police. One or more people were reported to have visited her house and even broken into it. With the anger of investors, some of whom have lost all their savings, the creator of the project seems to be in danger.

What’s driving investors to threaten Do Kwon is, of course, the catastrophic fall of LUNA, Terra’s native cryptocurrency. On Binance, the cryptocurrency’s price touched $0.001 this morning: 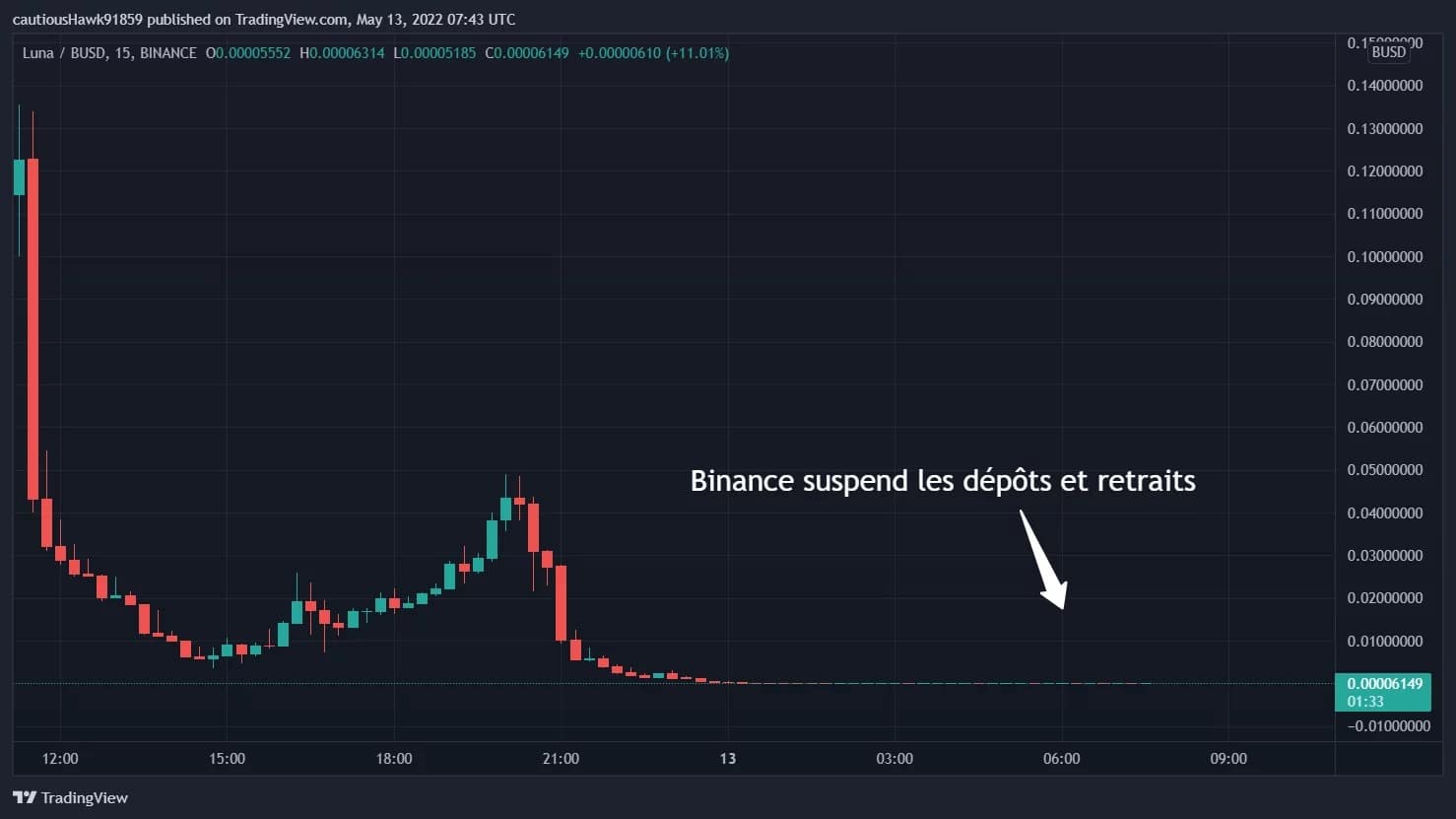 Figure 1: LUNA is worth almost nothing

As a result, the exchange platform announced it was suspending deposits and withdrawals of LUNA:

The UST has yet to re-establish parity with the dollar, an increasingly unlikely event as the Terra network continues to spiral downwards. This morning, the UST is trading at $0.15. It had climbed as high as $0.84 yesterday, but the respite was short-lived: 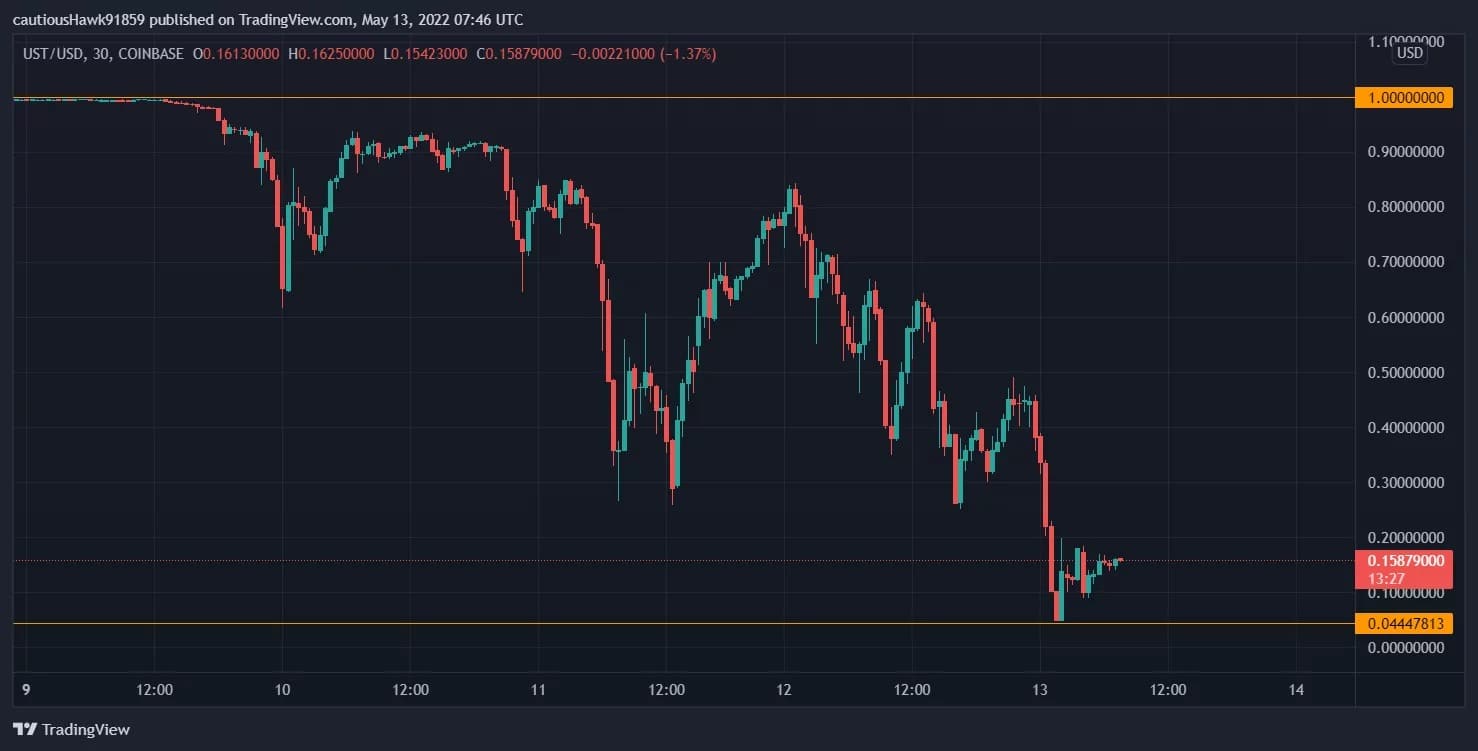 Terra’s slow agony under the eyes of investors only continued overnight. While yesterday we could still hear some voices talking optimistically about the future of blockchain, this no longer seems to be the case this morning. It is indeed difficult to imagine a future where Terra manages to restore investor confidence again.

Illicit transactions are exploding in the DeFi sector, according to a report by Chainalysis