Luke Dashjr, an original Bitcoin developer, loses all his BTC 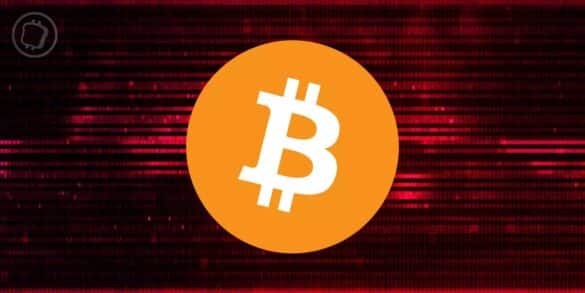 It’s been a rough start to the year for Luke Dashjr. One of Bitcoin’s original developers and one of the most promising figures in the community has just announced that almost all of his BTC have been stolen

Luke Dashjr announced the news on his Twitter account late yesterday. He explained that he had lost “a lot” of his bitcoins (BTC) and called on the community to help him out:

PSA: My PGP key is compromised, and at least many of my bitcoins stolen. I have no idea how. Help please. Bitcoin

Some of the funds were reportedly sent to the CoinJoin blender, which anonymises transactions. In an update a few hours later, Luke Dashjr further confirmed that it was his entire BTC holdings that were stolen. The published addresses show that 213.6 bitcoins were transferred, which at the current rate is equivalent to $3.5 million.

A “nightmare” for Luke Dashjr

The developer reportedly contacted the FBI, which he said was not interested in the situation. Asked how the community could help him, Luke Dashjr evaded the question, calling the situation a “nightmare”:

To wake up from this nightmare

Notably, the Bitcoin developer claims not to know how these BTCs were stolen, and states that “Everything is compromised”. There are few details on how he secured his assets, at most we know that he did not use a multisig. He confirmed that his cold wallet had also been compromised.

Changpeng Zhao, the CEO of Binance, reacted to these publications and said that if the stolen BTC arrived on the exchange, they would be frozen. He also took the opportunity to tackle self-hosted wallets:

Sad to see even an OG Bitcoin Core Developer lost 200+ BTC ($3.5 million). Self custody have a different set of risks.

We will try to monitor and see where we can help. https://t.co/9eGZ7AFgC2

Details of the case are expected to emerge, so that we can understand how such a prominent member of the Bitcoin community could have lost this considerable amount of money, especially if it was stored in a cold wallet. It should be remembered that it is always best to keep your cryptocurrencies in “cold” wallets, and to take the best security measures.