Algorand (ALGO) and Hivemind acquire Napster to focus on Web 3.0 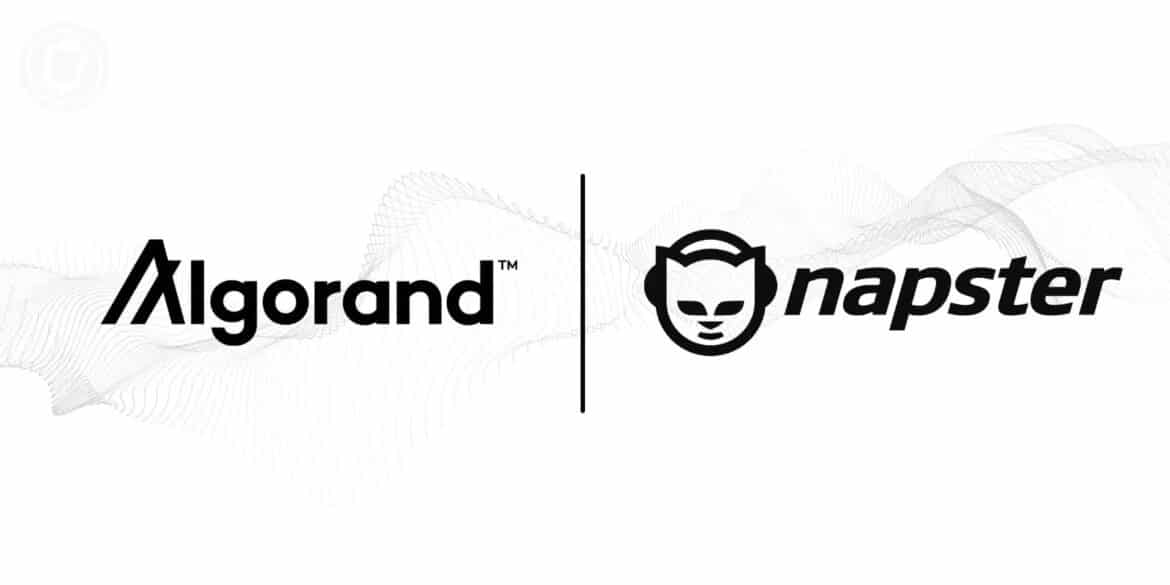 The blockchain company Algorand (ALGO) and private equity firm Hivemind Capital have announced that they have acquired the music streaming platform Napster. In addition to a management reorganisation, the company will now focus on blockchain and Web 3.0, which will allow it to compete with industry giants such as Spotify and Deezer.

Shortly after LimeWire, it is the music streaming platform Napster that announces its entry into Web 3.0. Or more precisely, this is what its new owners have planned for its future.

Indeed, after being bought out several times, Napster will now be in the hands of the blockchain company Algorand (ALGO) and the investment fund Hivemind Capital. The information was revealed directly from the latter’s Twitter account:

BREAKING: @HivemindCap and @Algorand today announced the acquisition of @Napster, to once again revolutionize the music industry by bringing blockchain and Web3 to artists and fans. Music industry veteran Emmy Lovell has been named interim CEO. Stay tuned for further details. pic.twitter.com/y5NEI1oiRA

Remember that the investment fund Hivemind was also present at LimeWire’s last fundraising, which raised $10 million. According to Matt Zhang, its founder, the meeting between the music world and Web 3.0 is promising, according to one of his publications on LinkedIn:

“The music markets are a great opportunity for us.
Volatile markets and uncertain times often bring interesting opportunities. At Hivemind, we believe in developing theses and creating sustainable value. Music x Web3 is one of the most exciting spaces we have encountered. “

At this stage, the terms of the acquisition of Napster by the 2 entities are still murky, and we don’t yet know precisely what role each will fill, except that the goal is to “revolutionize the music industry once again by bringing blockchain and Web 3.0 to artists and fans. “

Although the details of Napster’s future are not yet known, the online music shop could be poised for a renaissance.

Indeed, the brand and logo have had many owners, from Best Buy, which acquired it after the platform turned the corner with its audio file sharing service, to Rhapsody, which bought it in 2011, before selling it to Melody VR in 2020.

The app offers an audio streaming and download service that is struggling to compete with industry giants like Spotify, Deezer, Qobuz and Tidal.

Thus, moving towards Web 3.0 may prove to be a wise strategic choice in order to get ahead of the game, following the example, as we said earlier, of LimeWire, which had indicated that it would devote itself to the sector of non-fungible tokens (NFTs).

A sector that seems to interest artists, who see it as an opportunity to get closer to their fans, as DJ Steve Aoki did with an NFT pass giving access to exclusive benefits.

Big names in the industry are also following suit, such as FTX, who announced a partnership with the Tomorrowland festival in order to get involved in Web 3.0, or the metal band Slipknot, who recently announced the creation of a musical metaverse, just like their own festival, “Knotfest”.